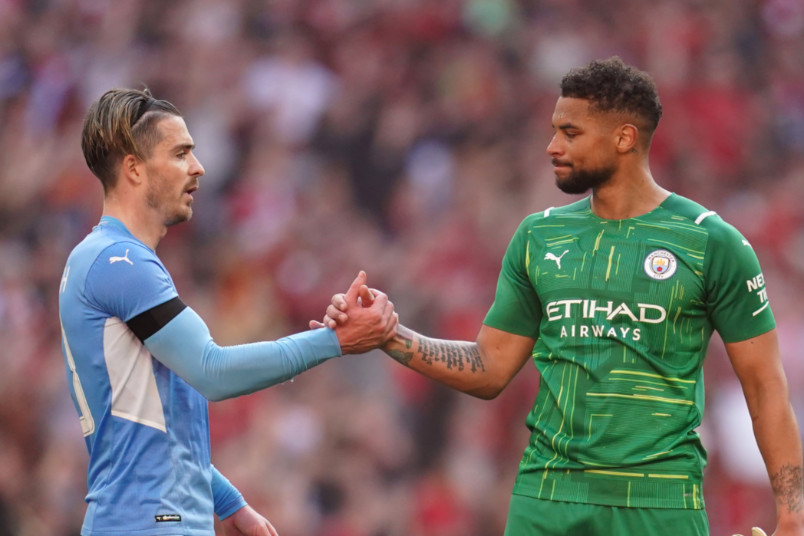 The roundup of USMNT players in Europe and Brazil starts with England’s FA Cup.Christian Pulisic was on the bench for Chelsea’s 2-0 FA Cup semifinal win over Crystal Palace. Ruben Loftus-Cheek scored in the 65th and Mason Mount doubled the lead in the 76th. Chelsea goalkeeper Edouard Mendy made two saves to keep the clean sheet.

“We played very disciplined on the ball, they were disciplined off the ball, so it was not the most exciting game maybe to watch,” Chelsea manager Thomas Tuchel said. “It was challenging for us to keep that focus and discipline up because of our very demanding schedule, we came from Madrid, so this is where the credit goes. I’m very proud that we did not lose the focus for a second.”

Zack Steffen was in goal for Manchester City’s 3-2 loss to Liverpool in the other semifinal. Trailing 3-0 from goals in the 9th, 17th, and 45th, Jack Grealish scored for City in the 47th. Bernardo Silva scored a minute into stoppage time.

“For six months we are there, our team is good, our 11 players are good,” Manchester City manager Pep Guardiola said. “We lost because our opponents were good, but we made a good comeback and gave everything, that’s all you have to do.”

Tim Ream’s Fulham lost 2-1 at Derby County in the Championship. Fulham’s Fabio Carvalho scored in the 20th minute. Derby equalized in the 50th and a 73rd minute own-goal decided the game. Duane Holmes subbed on at halftime of Huddersfield Town’s 2-2 home draw with QPR. An own-goal put Huddersfield up in the 6th with QPR equalizing in the 43rd. Harry Toffolo scored for Huddersfield in the 53rd with QPR equalizing in the 58th minute. Holmes saw yellow in the 66th.

Lynden Gooch subbed out in the 79th minute of Sunderland’s 3-2 home win over Shrewsbury Town in League One. Elliot John Embleton scored for Sunderland in the 4th with Nathan Broadhead doubling the lead in the 13th. Shrewsbury scored in the 50th and 58th minutes. Broadhead scored again for Sunderland two minutes into stoppage time.

John Brooks’s Wolfsburg lost 6-1 at Borussia Dortmund in the Bundesliga. Tom Rothe scored for Dortmund in the 24th with Axel Witsel doubling the lead in the 26th and Manuel Akanji making it 3-0 in the 28th. Emre Can added a goal in the 34th and Erling Haaland scored in the 38th and 54th. Wolfsburg’s Ridle Bake scored in the 81st minute. Tyler Adams subbed out in the 83rd minute of RB Leipzig’s 1- win at Bayer Leverkusen. Dominik Szoboszlai scored in the 69th minute. Timmy Chandler subbed out in the 59th minute of Eintracht’s 2-0 loss at Union Berlin. The goals came in the 17th and 20th minutes.

Chris Richards subbed out at halftime for Hoffenheim in their 0-0 home draw with Julian Green’s Furth. Green saw yellow in the 39th and subbed out in stoppage time. Ricardo Pepi subbed on in the 56th minute for Augsburg’s 1-0 loss to Hertha. The goal came in the 49th minute. George Bello subbed on in the 39th minute for Arminia Bielefeld in their 3-0 home loss to Bayern Munich. Arminia fell behind to a 10th minute own goal with Bayern scoring in first-half stoppage time and the 84th minute.

Andrew Wooten subbed on in the 63rd minute for Osnabruck in their 3-2 win at 1860 Munich in the 3.Liga. Marc Heider scored for Osnabruck in the 4th and Aaron Opoku made it 2-0 in the 35th. 1860 Munich scored in the 41st and 59th. Lukas Kunze scored Osnabruck’s winner in the 80th minute. Terrence Boyd scored twice in Kaiserslautern’s 3-1 home win over Saarbrucken. Boyd opened the scoring in the 17th with Kaiserslautern going a man down with a red card to Kevin Kraus in the 45th. Saarbrucken scored in the 48th. Boyd put Kaiserslautern up for good in the 57th and Kenny Price Redondo added a goal in the 65th minute.

Cameron Carter-Vickers’s Celtic lost 2-1 at home to Rangers in the Scottish Cup semifinals. Greg Taylor put Celtic up in the 64th with Rangers equalizing in the 78th and sending the game to extra time. Rangers advanced from a 114th minute own-goal. Chris Mueller subbed on in the 90th for Hibernian in their 2-1 semifinal loss at Hearts. Trailing from goals in the 16th and 21st, Chris Cadden scored for Hibs in the 22nd. They played a man down from the 64th with a red card to Joe Newell.

Tanner Tessman subbed out in the 56th and Gianluca Busio followed in the 87th for Venezia’s 1-0 loss at Fiorentina in Serie A. Fiorentina scored in the 30th minute. Tim Weah subbed on in the 79th minute of Lille’s 2-1 home loss to Lens in Ligue 1. Trailing from goals in the 4th and 37th, Xeca scored for Lille in first-half stoppage time. Erik Palmer-Brown’s Troyes drew 1-1 at home with Strasbourg. Trailing from a 56th minute penalty, Troyes’s Florian Tardieu equalized from the penalty spot in the 85th.

Reggie Cannon’s Boavista lost 4-0 at Maritomo in the Primeira League. Already trailing 4-0 from goals in the 41st, first-half stoppage time, a 63rd minute penalty, and the 69th, Boavista’s Tiago Morais saw red in the 72nd minute. Jordan Pefok scored for Young Boys in their 2-1 loss at FC Zurich in the Swiss Super League. Trailing from goals in the 33rd and 61st, PEfok scored in the 73rd minute.

Mix Diskerud subbed on at halftime of Omonia’s 1-0 home win over Ethnikos Achna. Andronikos Kakoullis scored in the 83rd minute. Joe Gyau’s Degerfors lost 2-0 at Kalmar in the Allsvenskan. Kalmar scored in the 6th and 85th minutes. Johnny Cardoso subbed out in the 72nd minute of Internacional’s 2-1 home win over Fortaleza in Brazil. Falling behind to a first-half stoppage time penalty, Andres D’Alessandro scored a minute later. Alexandre Zurawski scored Internacional’s winner in the 90th minute. Cardoso saw red in first-half stoppage time.