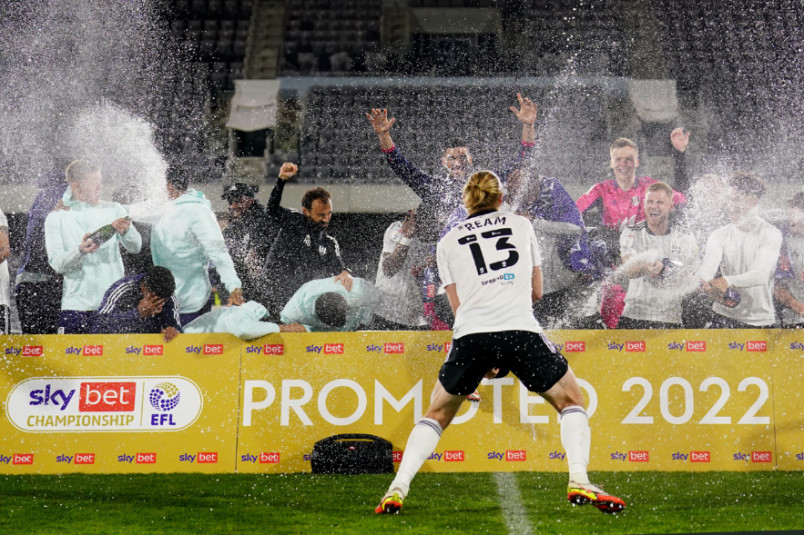 Tim Ream’s Fulham is officially back in the Premier League, shutting out Preston North End 3-0 at home. Aleksandar Mitrovic put Fulham up in the 9th with Fabio Carvalho doubling the lead in the 34th. Mitrovic scored again in the 41st minute. Antonee Robinson was on the bench for Fulham. Matthew Olosunde wasn’t in the squad for PNE.

“I don’t know how to put it into words,” Ream said. “I think you see what it means to all of us. Just exciting times. We’ve done it our way. The way we’ve won games, the way we’ve played, clinching it at home. Obviously, we would’ve liked to have done it sooner, but doing it at home 3-0, you can’t beat it.”

Yunus Musah subbed out in the 55th minute of V 2-0 loss at Villarreal in La Liga. Villarreal converted a 10th minute penalty and doubled the lead in the 17th. Matthew Hoppe was on the bench for Mallorca’s 2-1 home win over Alaves. Matt Miazga was on the bench for Alaves. Abdon Prats put Mallorca up in the 11th and Vedat Muriqi doubled the lead in first-half stoppage time. Mallorca gave up an own-goal in the 73rd minute.

Moving to the third round of the US Open Cup, FC Cincinnati shutout the Pittsburgh Riverhounds 2-0 after finishing 0-0 in regulation. Alvaro Barreal converted a 95th minute penalty and doubled the lead in the 99th. DC United won 3-0 at Flowers FC. Ola Kamara scored in the 73rd and Nigel Robertha made it 2-0 in the 81st. Kamara converted an 86th minute penalty.

Inter Miami won 1-0 at Miami FC with Leonardo Campana scoring in the 83rd. Inter finished a man down with a stoppage time red card to Damion Lowe. Detroit City came back to knock out Columbus 2-1 at home. Gyasi Zardes converted a 7th minute Crew penalty. Detriot City equalized in the 64th and converted an 86th minute penalty.

FC Dallas beat FC Tulsa 2-1 at home. Franco Jara put Dallas up from the penalty spot in the 32nd with Tulsa equalizing in the 42nd. Dallas’s Jader Obrian scored in the 55th minute. Houston beat Rio Grande Valley 2-1 at home. An own-goal put Houston up in the 9th minute and another own-goal leveled the score in the 48th. Samuel Junqua scored the Dynamo’s winner three minutes into stoppage time.

La Liga on ESPN Deportes: Levante vs Sevilla at 1pm. Premier League on USA: Burnley vs Southampton at 2:45pm. Liga MX on TUDN: Queretaro vs Cruz Azul at 10pm ET.