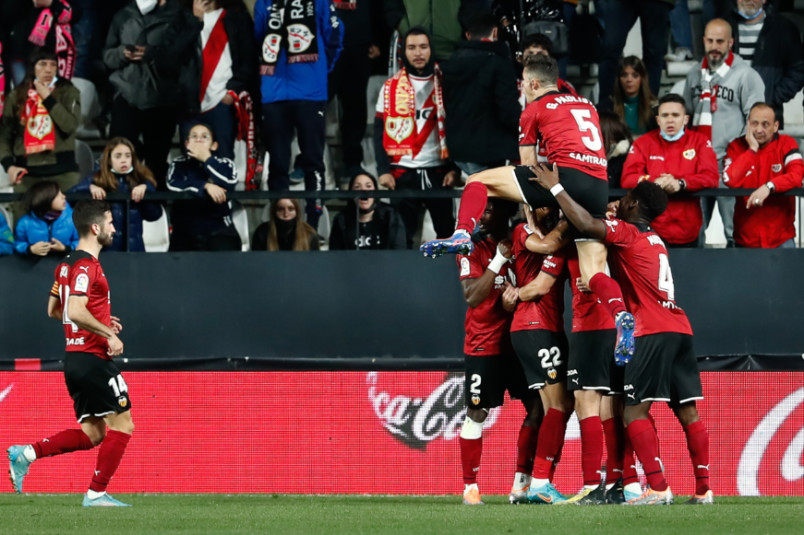 Tuesday’s soccer news starts in La Liga. Yunus Musah subbed out in the 72nd minute of Valencia’s 1-1 draw at Rayo Vallecano. Carlos Soler put Valencia up in the 57th minute with Sergio Guardiola Navarro equalizing in the 83rd.

“The idea was to come here to get the three points, but we had a team in front of us who have been very tough at home throughout the season,” Valencia coach Jose Bordalas said. “We knew it was going to be a very intense match it, but we struggled to adapt to the intensity and pressure from Rayo, as we have had several losses of possession. At all times, the team went for the game, but we must highlight the work done by Rayo.”

Valencia is 9th in the La Liga table with 42 points from 31 games. They trail 8th-place Athletic by three points and are a point ahead of 10th-place Osasuna. After losing five out of seven games from December 31 through February 20 and drawing the other two, Valencia has put together a six-game undefeated run. Three of those were draws, including their last two games at home against Cadiz and at Rayo on Monday.

With seven games remaining in the league, Valencia has already finished their season series with the teams currently in the top four. They play 5th-place Real Betis in the Copa del Rey final on April 23 and in the league on May 11.

Moving to England’s Championship, Duane Holmes subbed on in the 75th minute of Huddersfield Town’s 2-0 home shutout of Luton Town. Jon Russell opened the scoring in the 59th and Naby Sarr doubled the lead in the 89th minute. Huddersfield goalkeeper Lee Nichols made one save to keep the clean sheet.

“I think today we played a very balanced and equal game,” Huddersfield Town head coach Carlos Corberan said. “When these things happen, the details can be crucial and can change the game, and today for me the details went in our favor.”

Huddersfield is 3rd in the Championship with 69 points from 41 games. They trail 2nd-place Bournemouth by four points for the other automatic promotion spot, but on 41 games played to Bournemouth’s 39. 4th-place Nottingham Forest is also on 39 games played, two points behind Huddersfield.

Andrew Wooten was on the bench for Osnabruck’s 3-2 home win over Verl in the 3.Liga. Down a goal from the 20th, Omar Traore equalized for Osnabruck in the 31st. Trailing again from the 67th, Sebastian Klaas converted an Osnabruck penalty in the 73rd. Marc Heider scored Osnabruck’s winner in the 85th minute.