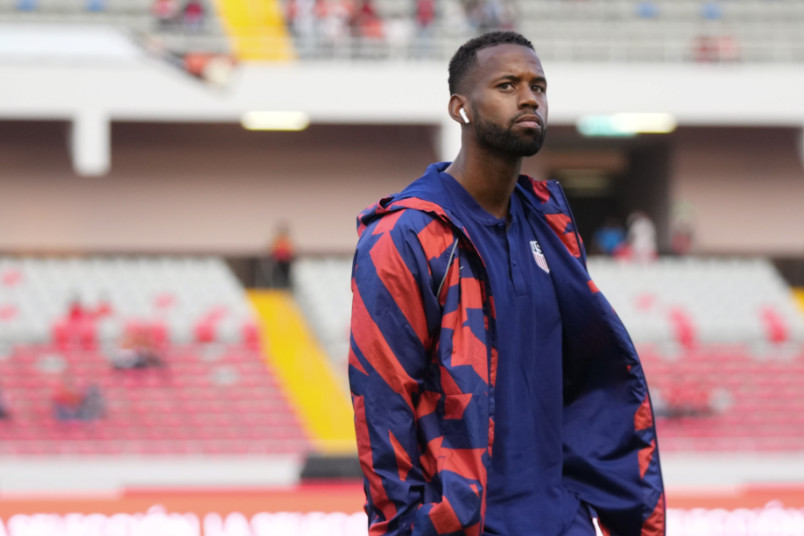 By Jason Davis – WASHINGTON, DC (Apr 1, 2022) US Soccer Players – Concacaf World Cup qualifying is over. After seven months, 56 games, and the ups-and-downs that are always part of the process, three teams booked places in the field for Qatar while a fourth will get a shot to earn a place through the intercontinental playoff.

The United States is among the automatic qualifiers. After missing the tournament in 2018, returning to the World Cup is an achievement worth celebrating. It cannot be emphasized enough that the USMNT turned over all but a very small portion of its player pool between 2017 and 2021. This was a new and very young group that navigated 14 games under difficult circumstances, led by a coach who himself was learning on the job.

Much of the USMNT is European-based and will now return for the final few months of the season in places like England, Germany, and Spain. The Champions League beckons for Christian Pulisic at Chelsea and Zack Steffen at Manchester City. Players are hoping to see out titles, earn promotion, and prevent relegation.

The MLS contingent returns to a very different set of circumstances. The MLS season is only a month old, leaving open the question of which teams are truly contenders and which will see seasons end in disappointment. There are so many games left to play that drawing any grand conclusions about who is good and who is not seems like a fool’s errand.

Those players who took part in the USMNT’s final three qualifiers will arrive buzzing off the achievement of qualifying. They won’t get much time to revel in their triumph, however. MLS resumes on Saturday for a fifth full weekend of games just as April arrives.

Kellyn Acosta played a critical role in the quest to qualify, racking up 13 appearances, including six starts, across those 14 games. In the final trio of matches, the LAFC midfielder made two starts and appeared as a second-half substitute against Panama.

With LAFC, Acosta has been crucial to the club’s fast start. The team sits atop the standings in the Western Conference under first-year head coach Steve Cherundolo following an undefeated opening four weeks. LAFC’s attack gets most of the headlines due to the presence of Carlos Vela. Meanwhile, Acosta’s arrival, and partnership with offseason addition Ilie Sanchez, boosted the team.

LAFC’s counter-pressing game is one of its hallmarks, and Acosta is thriving in the system. The energetic approach demands high effort, a trait that helps Acosta fit with Berhalter’s approach as well. Next up for LAFC is a match on Saturday in Orlando. Despite the whirlwind final qualifying round, Acosta should be available for selection against the Lions.

Defender Walker Zimmerman emerged in October to become the most trusted of Berhalter’s cadre of center backs. The Nashville SC and back-to-back MLS Defender of the Year finished qualifying with ten starts in the push to reach Qatar. Zimmerman anchored the US back line in each of the final three games in partnership with Atlanta United’s Miles Robinson, playing all 270 available minutes.

He’ll return to a Nashville SC team navigating the early stages of its third MLS season. The arrival of Charlotte FC pushed Nashville to the West, drastically increasing its travel burden. That’s exacerbated by the eight-game road trip the club is on to start the year while putting the finishing touches on its brand new soccer-specific venue in Nashville.

Judging Nashville’s chances of making a run to the playoffs and beyond is made tougher by those circumstances. The first pause in the season schedule came with Nashville on a two-game losing streak following defeats against FC Dallas and Real Salt Lake, games in which Nashville failed to score.

Next up for Zimmerman and his club teammates is a trip to Columbus on Saturday. The Crew started the season strong and are unbeaten with a pair of wins and a pair of draws. Columbus is the highest-scoring team in the Eastern Conference. That means Nashville will want a fit and ready Zimmerman in the lineup to slow down Columbus. That job might be made slightly easier with Lucas Zelerayan listed as questionable to play.

Acosta and Zimmerman will likely walk back into their respective teams’ starting lineups this weekend. FC Dallas might have to wait for winger Paul Arriola.

Arriola suffered an injury during warm-ups ahead of the match against Panama, according to Berhalter, and was nearly pulled from the lineup. That he went on to score in the match, helping the Americans to a comprehensive 5-1 victory in a must-win qualifier, speaks to his toughness. As one of the players who featured in the previous World Cup qualifying cycle, he served as a guiding light to get back to the tournament. The FC Dallas star missed the match against Costa Rica on Wednesday night and may miss some time in MLS, starting with this weekend’s visit to Chicago to face the Fire.

Arriola’s teammate for club and country, Jesus Ferreira, does look ready to again take up his role at the front of the FC Dallas formation, however. Ferriera played a key role for the USMNT in the final stanzas of World Cup qualifying, starting against El Salvador in January and in the win over Panama on Sunday. Ferreira’s goal against Panama put the game out of reach and bolstered the all-important American goal difference advantage ahead of the final qualifier in Costa Rica.

With Berhalter on the hunt for a trustworthy center forward for his team, Ferreira’s exploits with FC Dallas helped his case for a role in the national setup. Since the start of the MLS season, Ferreira has played excellent soccer and helped turn FC Dallas into one of the league’s more surprising early stories.

Just ahead of US camp Ferreira scored a first-half hat trick against the Timbers in a 4-1 victory. His strong first month speaks to his potential to be near the top of the league’s goal scoring stats all year long.

The Sounders have struggled in the league relative to expectations, though it’s worth noting that the club is also focusing on the Concacaf Champions League. Seattle visits Minnesota in MLS before hosting NYCFC in the first leg of a Champions League semifinal next week. Both Morris and Roldan are critical parts of both campaigns for the Sounders. Johnson will hope to stop them from scoring for NYCFC. With the work of qualifying done, the league again beckons.