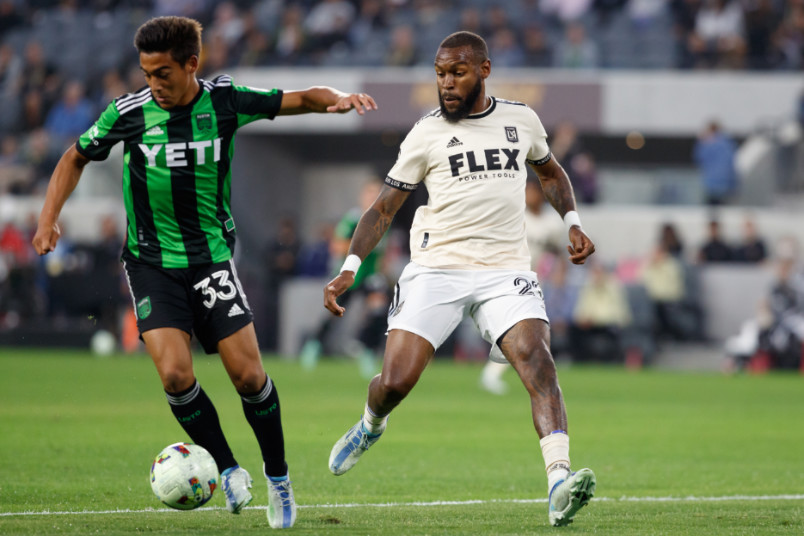 By Luis Bueno – RIVERSIDE, CA (May 19, 2022) US Soccer Players – Expansion into Major League Soccer used to mean years of losses and frustration. Teams like Toronto FC and Real Salt Lake took their fair share of lumps before being consistently competitive. Same with the Philadelphia Union and Vancouver Whitecaps. With few exceptions, expansion teams were built to fail early on. That was until Atlanta United came along, and LAFC doubled down on that. Now, Austin FC is also proving that the old way of expanding into MLS is not a given.

Austin FC struggled in its first season, but that’s still the expectation. Now, with a third of the 2022 MLS season gone, Austin is at the head of the pack in MLS. They’re in front of a resurgent FC Dallas side, Eastern powers Philadelphia and NYCFC, and LAFC, Austin’s latest victim.

Taking the blueprint Atlanta established, which might as well carry the title “How to Hit the Ground Running in MLS 3.0,” and has found success. Like Atlanta, they’ve invested heavily and are playing in front of a committed fan base. Add to it Austin’s new soccer-specific stadium. Perhaps the main difference between the two is Austin’s choice in coach. Even LAFC, another twist on the strategy Austin adopted, went with one of the biggest names in American soccer coaching. Perhaps then Austin FC has created a new blueprint for incoming teams. To find success in MLS, build from within.

Josh Wolff is quite different than the prototypical coach teams often turn to for quick success. Atlanta and LAFC both went for coaches who had spent time in foreign leagues and in charge of national teams. Gerardo “Tata” Martino led Atlanta during its first two seasons and instantly built the team up as a powerhouse. Martino had managed before at clubs like Barcelona and Newell’s Old Boys and was also in charge of Paraguay and Argentina. He left Atlanta after winning MLS Cup 2018 to take his current job with the Mexican national team coach.

LAFC, meanwhile, brought back MLS coaching legend Bob Bradley to help build its squad. Bradley won MLS Cup with the Chicago Fire and took the USMNT to the 2010 World Cup before moving on to coach the Egyptian national team as well as several European clubs. Wolff, 45, served as an assistant coach with DC United and Columbus before a brief stint as an assistant with the US national team under current coach Gregg Berhalter.

Wolff has already seen instant success in MLS. He was a member of the 1998 Chicago Fire, the first and only expansion team to win MLS Cup. Of course, that was a different kind of expansion as the league was in its third season and went from 10 to 12 clubs. Joining an established league with nearly 30 teams is a much different monster than the ’98 Fire faced.

Except for a brief spell with 1860 Munich, Wolff spent his entire 14-year career in MLS, first with Chicago, then Kansas City, before finishing up with DC United. Wolff lived firsthand through the progression that was the early days of MLS, through the mid-2000s, when the league retracted and was a struggling 10-team league, to the early days of the expansion era. During his last season in the league, 2012, MLS welcomed the Montreal Impact as its 19th team.

Austin FC became Major League Soccer’s 27th club when it joined a year ago. Even in its short existence, they’ve surpassed other recent expansion teams. To put it politely, Inter Miami and FC Cincinnati have struggled, though both are showing signs of something more this season. FC Cincinnati has put together a four-game winning streak ahead of Saturday’s match against New England.

Wolff has been great at the helm, taking advantage of a strong roster. The club didn’t break the bank like Atlanta and LAFC did. In fact, player salary data revealed earlier this week that Austin has the league’s 13th top payroll, even with FC Cincinnati and just behind LAFC and FC Dallas.

Austin has three players earning in excess of $1 million, Sebastian Driuissi, Cecilio Domingues and Alexander Ring. The club had brought in Tomas Pochettino a year ago in a high-profile move but loaned him to Argentine side River Plate for 2022. Still, Austin’s squad is strong despite not featuring multiple high-salaried players. Driussi ties for second place in goals scored with seven, two behind league-leader Jesus Ferreira. Diego Fagundez leads the league in assists with seven. He also scored the game-winner in Austin FC’s midweek result at LAFC.

That offense already has Austin as the highest-scoring team in the league, taking nothing away from its stellar defense. A year ago, the club started the season with a strong defense but could not figure out its attack. Then, when the offense started coming around, the team was leaking goals in the back. This year the team has managed to be effective on both ends of the field and the result is a spot atop the table through 12 matches.

Someday expansion will slow down and eventually stop. Until then, incoming teams would do well to build on the blueprint that Austin FC has expanded on, perhaps with an MLS veteran and former USMNT player leading the way as well.