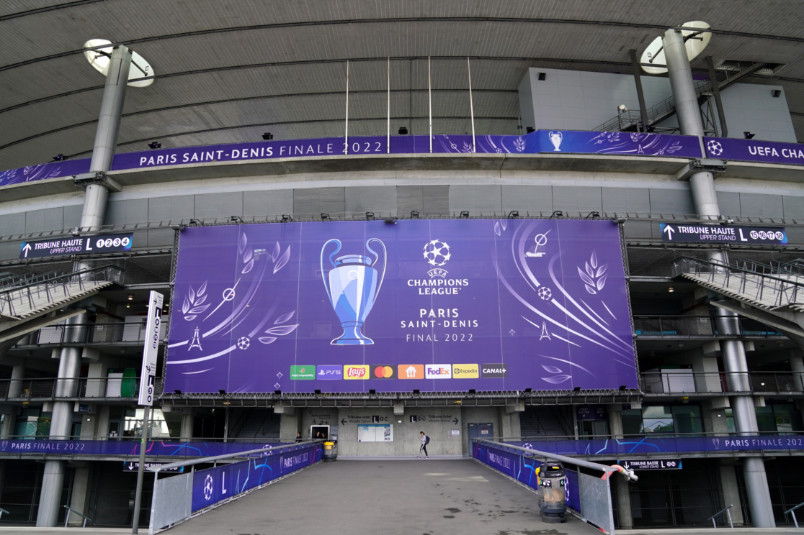 By Charles Boehm – WASHINGTON, DC (May 26, 2022) US Soccer Players – Viewers in the United States should find it pretty easy to tune in to the UEFA Champions League final on Saturday afternoon. Even a set of digital rabbit ears will suffice. CBS will broadcast the Liverpool vs Real Madrid game on its over-the-air channel, preceded by a 90-minute pregame show as well as additional programming on social media and side platforms.

It’s another strong statement of the media giant’s deepening connection to soccer. Pushing most of the content to its Paramount+ streaming service, the network also has the Europa League and Europa Conference League, the NWSL, Concacaf World Cup qualifying, and Nations League rights, those of the Argentine, Brazilian, and Scottish topflights and just concluded its first season of Italy’s Serie A.

CBS had to scramble just to pull off its debut Champions League broadcasts in 2020, taking over in mid-tournament on short notice. Less than two years on, CBS sounds more bullish than ever on a sport it had barely touched in the four-plus decades before then.

“With Champions League, I think we’re pretty much established now,” coordinating producer Pete Radovich told reporters in a media availability this week. “I feel like we’ve finally found our groove. The team is in place, we’re really happy with the chemistry. I put this show up against any show on sports television in America…. I would put our talent, our announcers, our crew up against anything that’s out there. So this crew I feel like is established now. And then the bar is going to keep getting higher and higher for us.”

While Saturday is CBS’s third Champions League final broadcast, it’s the first without profound limitations imposed by COVID. So they’re moving most of their studio presence on-site at the Stade de France outside Paris, bringing in on-air talents Kate Abdo, Thierry Henry, Jamie Carragher, and Micah Richards. Also joining them are sideline reporters Peter Schmeichel, Jules Breach, Guillem Balague, and Jenny Chiu and commentators Clive Tyldesley and Rob Green. It’s a significant investment, and the network wants to do more of it when the 2022-23 season kicks off in a few months.

“The next frontier for us, the new frontier, is going to be doing road games, taking the studio on the road. Go to Germany, go to Barcelona, go to Italy,” said Radovich.

Over the years, US networks have often struggled to find the right tone for their soccer broadcasts. For a long time, educating the audience was part of the job. That’s changed, with the broadcasts now taking plenty as a given. They’re also following the lead of studio shows from other sports, where the hosts are part of the entertainment. The network encourages their on-air talent to lean into their allegiances, with former players not shy about replicating the give-and-take found in most professional locker rooms.

“No one takes themselves too seriously and I think that everyone can take a little stick,” said Radovich, a 20-year CBS veteran with extensive experience in NFL, golf and college sports. “The challenge is when you go down this road of having some fun with one at the expense of one another, as long as it’s not over the line and personal. Not everyone can do that. It’s not for everyone. You have to have a certain confidence, a certain personality to be able to handle that, to be made fun of, for lack of a better term, on the air, live television in front of millions of people.”

Even now, CBS’ sweeping commitment, delivered with their own flavor of coverage, can feel like a strikingly quick evolution for longtime US soccer viewers. Radovich, however, maintains that “there really was no learning curve” to the network’s rapid embrace of the beautiful game.

CBS has averaged the most total television viewers among the major networks for 14 years running. Their 2021-22 average was 6.26 million. So that could well put Saturday’s championship match in front of more US eyeballs than any other soccer match this year, at least until the World Cup kicks off in Qatar come November.

“If you look at social media reactions or just speaking to football fans in the country, I think you realize that a lot of people compare every other broadcast to our broadcast,” said Abdo. “Considering what a baby we are on the longer scale of things, when you look at the amount of time other networks have been involved in soccer in the United States, I personally feel really proud to have been part of any of this coverage.”