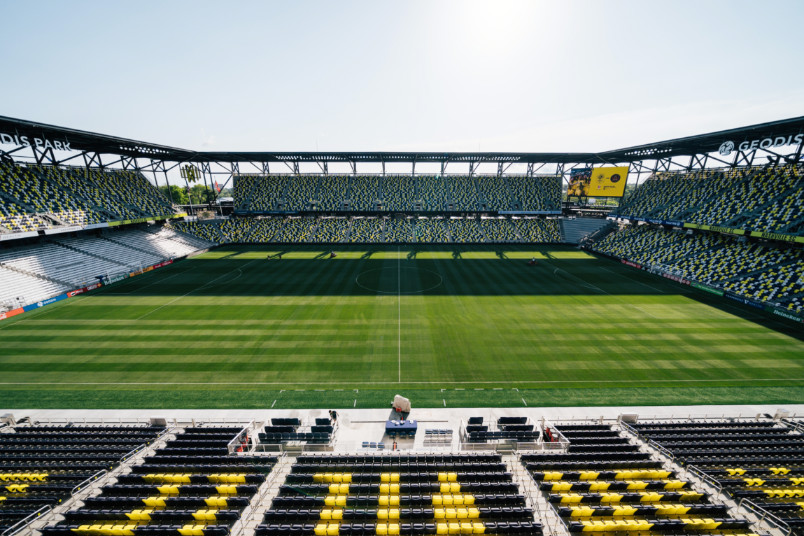 By Jason Davis – WASHINGTON, DC (May 4, 2022) US Soccer Players – This May might as well be called moving month in Major League Soccer. The league kicked off at the end of February, meaning May will be the third full month of play for the 2022 season. Believe it or not, the schedule is close to one-third complete. So the time to say “it’s still early” is rapidly slipping away.

March and April provided us with a few surprises. While logically speaking, it makes sense that the clubs participating in the Concacaf Champions League might struggle on the domestic front, it’s still a shock to see some of them so far down the table.

The Sounders made the Champions League final and have a very good shot at bringing the continental championship to MLS for the first time in the modern era. No fan base in the league is more willing to give their club a pass for their place in standings than Seattle fans. That’s with the caveat that the focus shifts back to MLS after May 4, when the expectations will rise accordingly.

It’s worth pointing out that Seattle’s place in the standings is artificially depressed by the league moving games to make room for the club’s Champions League campaign. While the Sounders’ results haven’t been particularly good, they’ve also played fewer games than anyone in the West.

Is Seattle therefore primed to climb the table in May? Moving games during the Champions League run means the Sounders faced a packed schedule on the other side of the CCL final. Brian Schmetzer’s team will play five league matches between now and June 1, with a US Open Cup match squeezed into the run during the second week of the month.

Schmetzer must be careful to manage any potential Champions League hangover. Seattle faces FC Dallas on Saturday, three days after the CCL final. Following the Open Cup match against San Jose on May 11, the Sounders will host Minnesota, travel to Houston, travel to Colorado, and host Charlotte FC. Moving up won’t be easy.

A move is already underway in the Eastern Conference, and that’s not a joke about NYCFC’s wandering act around the New York area in search of home venues. The defending MLS Cup champions exited to Seattle in the Champions League but have benefited from a renewed focus on league play.

The vaunted NYCFC attack is back, and it might be better than ever. Ronny Deila’s team scored 14 goals in its last three wins, coming up just one goal short of the league record for a three-game run. Reigning Golden Boot winner Taty Castellanos has five goals, but the club is getting scoring contributions from a host of other players.

A few of the club’s young attacking signings are coming good, amping up the attacking threat for a team that was already among the best in the league in that area of the field. Thiago Andrade is right behind Castellanos for the team lead in scoring with 4, and Santi Rodriguez is following up his late-season breakout in 2021 with a strong start to 2022.

NYCFC’s three-game winning streak lifted the club into 5th place in the East. There’s no reason to think the champs won’t climb higher during May. With one fewer game played than three of the four teams in front of it, NYCFC has a chance to reclaim its place among the conference’s elite in short order.

Like Seattle, New York faces a similarly compressed schedule in May. NYCFC’s five league matches include three home dates (against Sporting Kansas City, Columbus, and Chicago), as well as away trips to DC United and Minnesota. NYCFC is excellent at home no matter where it plays. They’ll be favorites against last-place DC on the road.

NYCFC’s three home dates are against clubs with a combined seven wins in 28 matches. Of the three, only Columbus is showing signs of life. The Crew victimized a hapless DC United side on Saturday, putting the club “back in the race” as head coach Caleb Porter termed it after the win.

The Crew is an interesting case for a move this May. The club’s goal scoring struggles weighed it down during the opening two months of the season and intensified pressure on Porter. Columbus traded Gyasi Zardes to Colorado, marking the sudden end to his Ohio run for a player who led the Crew in scoring every season between 2018 and 2020.

Unfortunately for Porter and Columbus, the May schedule is not kind. The Crew faces a suddenly resurgent New England team primed to make its move up the table, the rampant NYCFC side mentioned above, the West’s top team LAFC, and Atlanta United.

Columbus is higher in the standings than New England, but it’s tough to make Porter’s team the favorite on the road. Even Atlanta, a team with plenty of issues, has the home-field advantage at Mercedes-Benz Stadium. There could be an air of desperation for both teams by the time that match arrives if neither club has used May to make their move up the table.

May is a time to move. New England is eyeing theirs, with Matt Turner back in goal and the club’s attacking weapons hitting their stride. The Revs play Columbus and Philadelphia at home this month, interrupted by away dates against Atlanta and FC Cincinnati.

In the West, there are several candidates for a push up the table, including Nashville SC. The third-year side held its own in the first two months of the year despite opening the season with eight straight road dates and will benefit from finally getting home games in May. Three of the club’s five remaining May matches are in its new building.

So while it’s too late to say it’s still early, there’s plenty of time for clubs who don’t like where there are in the table. Putting together a big month and making a move in May is about positioning for the long slog that is the MLS summer.