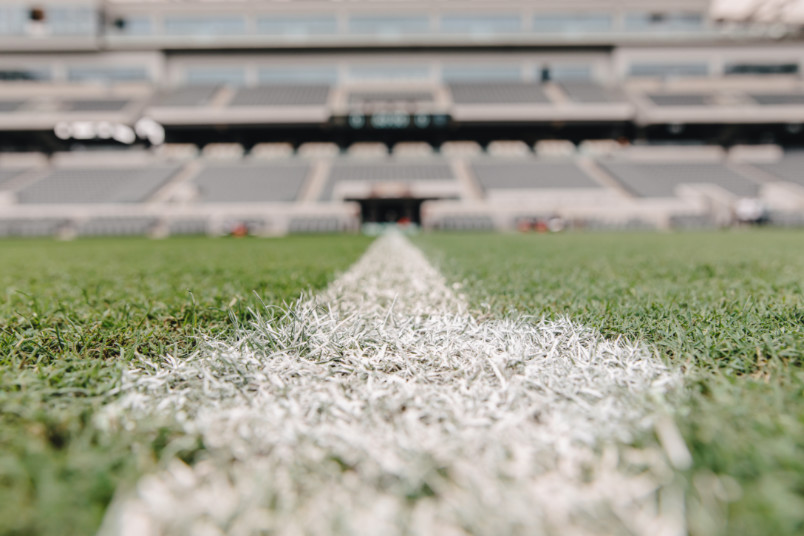 The roundup of week 14 in Major League Soccer starts in Los Angeles. where LAFC beat San Jose 3-2. Cristian Arango put LAFC up from the penalty spot in the 13th minute and Ryan Hollingshead doubled the lead in the 13th. San Jose’s Jeremy Ebobisse scored in the 16th and equalized in the 31st. Brian Rodriguez scored LAFC’s winner in the 47th minute.

“My message to the group at the end was, the maturity we showed in the second-half, not making any mistakes and not beating ourselves is something we have to do 90 minutes if you want to win something in this game,” LAFC coach Steve Cherundolo said. “They all nodded, so I think they understood.”

Columbus beat Atlanta 2-1 on the road with Jonathan Mensah scoring for the Crew in the opening minute. Erik Hurtado doubled the Columbus lead in the 45th. Atlanta pulled a goal back a minute into stoppage time and United’s Thiago Almada saw red seven minutes into stoppage time.

“Like it is not the players, I´m not complaining about the players,” Atlanta coach Gonzalo Pineda said. “I am with them and I will reflect on what we can do better. And again, we work a lot on these things. It’s not like we don´t do the work. It´s just the attention during games – in those moments is not happening. And we need to do perfect games to get three points.”

The Red Bulls beat DC United 4-1 at home with Luquinhas scored for New York in the 54th and 58th minutes. Lewis Morgan made it 3-0 Red Bulls in the 63rd. DC’s Ola Kamara scored in the 87th and United gave up an own-goal in the 90th minute.

Toronto beat Chicago 3-2 at BMO Field. DeAndre Kerr put Toronto up in the 13th. Chicago’s Carlos Teran equalized in the 52nd and Kacper Przybylko scored in the 66th. Toronto’s Alejandro Pozuelo equalized from the penalty spot in the 71st and scored in the 78th minute.

“We finally started to get guys on the pitch, and we find a way to lose this game,” Chicago coach Ezra Hendrickson said. “It’s beyond me at this point. That’s not a game we should lose at all.”

“It’s a shame we can’t find a way to walk off the field with at least a point with the chances that we created and some of the moments that we squander where we have too good of looks to not finish plays off,” Cincinnati coach Pat Noonan said. “You score three goals, you’ve got to figure out a way to get a result.”

New England and Philadelphia drew 1-1 at Gillette Stadium. Gostavo Bou put the Revs up from the penalty spot in the 75th and Philadelphia’s Mikkel Uhre equalized in the 77th minute.

FC Dallas came back to win 3-1 at Orlando City. Ercan Kara put City up from the penalty spot in first-half stoppage time. Dallas’s Paul Arriola equalized in the 67th with Franco Jara scoring in the 70th. Arriola scored again in the 84th minute.

Inter Miami beat Portland 2-1 in Fort Lauderdale. Leonardo Campana scored for Inter in the 27th and Robert Taylor scored in the 59th. The Timbers’ Bill Tuiloma pulled a goal back in the 78th minute.

“I thought tonight was a massive game for us,” Inter Miami coach Phil Neville said. “Probably our biggest game of the season to finish off the first third of the season before we go to the international break. I’m super proud of them. It’s only the start of this team, and we can now just breathe a little bit.”

Nashville won 3-1 at Colorado. CJ Sapong scored for Nashville in the 8th and Hany Mukhtar extended the lead with goals in the 14th and 17th minutes. Diego Rubio scored for the Rapids in the 78th.

Vancouver shutout Sporting Kansas City 1-0 on the road. Lucas Cavallini converted a penalty in the 24th and Sporting goalkeeper Tim Melia made one save to keep the clean sheet.

“We knew it was going to be dangerous against a team that is very good in transition,” Dynamo coach Paulo Nagamura said. “To be honest, all three goals, I believe they are goals that are defendable. Overall disappointed with the performance. Disappointed with the way that we finished this week, but we got to move on.”

The LA Galaxy came back to beat Austin 4-1 at home after failing to convert a 3rd minute penalty. Diego Fagundez put Austin up in the 53rd with Chicharito Hernandez equalizing in the 61st. LA’s Dejan Jovelic scored in the 64th and 88th. Efrain Alvarez finished off the Galaxy goals in the 90th minutes.

“This is the seventh game in 27 days I think it was, the third in this block this week,” Galaxy coach Greg Vanney said. “So, the guys have a lot of reason to be tired, but I felt like they just showed the heart of a team that wants to be champions and that’s what I’m seeing with this group now in the last couple games, it’s just been a different mentality, in my opinion.”

Week 14 ended in Seattle with the Sounders needing a late comeback to beat Charlotte FC 2-1. Charlotte took the lead through a 21st minute Ben Bender goal. Seattle’s Jordan Morris equalized in the 72nd and Raul Ruidiaz scored in the 80th minute.