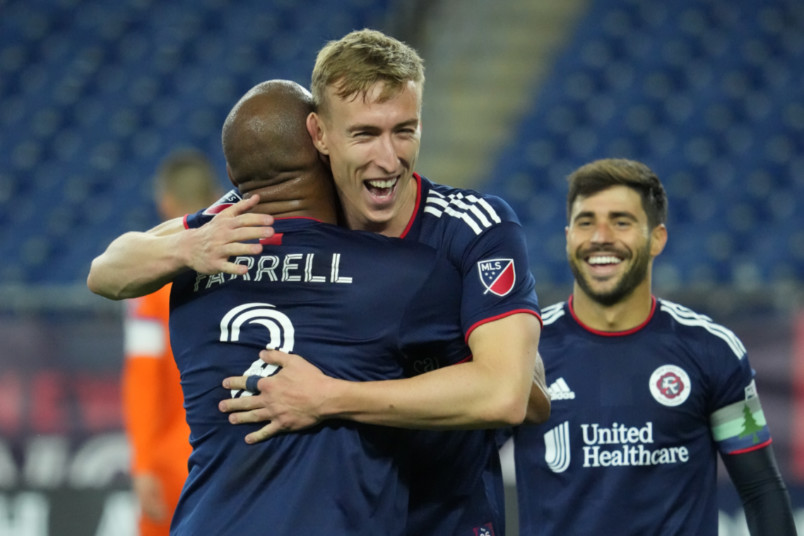 By Jason Davis – WASHINGTON, DC (May 13, 2022) US Soccer Players – During his record-setting run with the LA Galaxy, head coach Bruce Arena prioritized winning MLS Cups. That may sound simplistic since that’s the situation every coach in the league, but it’s different when putting together a dynasty capable of doing just that. As Arena was quick to point out back then, part of that focus was due to the logistics of participating in the US Open Cup. In an earlier era when there were fewer professional teams to fill out the bracket, some clubs had to trek across the country for Open Cup games squeezed between league matches. One of them was Arena’s Galaxy.

“Ridiculous. What more can I say?” Arena said in 2013 when the draw handed the Galaxy a third-round match in North Carolina for the second year in a row. “We’re the premier club in the country, and we’re being shuffled off like that again, and they’re basically saying – they’re telling us the Open Cup’s not important when they do stuff like that. It’s really ridiculous, but it’s life. What are you going to do?”

US Soccer eventually revamped the tournament draw to address the travel demands. Arena’s last Galaxy squad reached the semifinal round in 2016, prompting him to push back against any perceptions of how he valued the Open Cup.

“Anyone thinks that we haven’t tried to (advance) – we haven’t been able to do it, but not because it wasn’t important,” Arena told reporters after a quarterfinal win over the Sounders that season. “And it’s still important. So the next game, wherever that is, will be a tough game and we’ll be ready to go.”

New England might see this version of the US Open Cup as important as a way to jump-start its season. Last year’s Supporters’ Shield winning group has struggled so far in 2022. Arena knows he can’t afford to pass on any opportunity to get his team into a winning rhythm. It helps when travel isn’t part of the equation.

The Revs hosted FC Cincinnati on Wednesday at Gillette Stadium and put in the type of performance that should boost confidence levels. Powered by a Carles Gil hat trick, New England throttled a top division team that entered the game with a three-game winning streak.

It hardly matters that Cincinnati rotated heavily as the club deals with a rash of injuries and fatigue caused by a packed schedule. For the Revs, the quality of the opponent won’t dent the energy taken from a dominant victory.

“We needed a win like this,” said Gil, the league’s MVP in 2021. “We needed a game scoring goals and now we have four more games to win a trophy in this competition and in MLS we will try to win Sunday in Atlanta.”

Gil’s presence in the starting lineup alongside Adam Buksa, who scored the club’s other two goals, pointed to Arena’s intent. Whether he aimed the pair of star attackers at FC Cincinnati in a bid to build team momentum or because the Revs are targeting an Open Cup title in 2022, the move paid off. New England advances to the round of 16 and heads to Atlanta in MLS feeling better about their prospects.

The Revolution boss also started his first choice back four (Brandon Bye, Andrew Farrell, Henry Kessler, and DeJuan Jones), another indication that Arena saw value in the exercise and perhaps the tournament. Reps matter, particularly at the back.

“I think every time we step on the field, we need to win games,” Arena said “Tonight’s a start. We’ve gotten better over the last month. We’re getting better, but we have a long way to go…  you know, we have to put W’s on the board at this point.”

While winning is the job, how to maximize a team’s chances is where the real work of a coach comes into play. All involved in New England are well aware of what winning means for the MLS original. Their 2021 Supporters Shield was just the club’s third-ever trophy. The Revolution won the Open Cup in 2007 and the SuperLiga a year later. Make no mistake, the club cares most about adding the missing trophy. The US Open Cup, like the Supporters’ Shield, becomes means to that end.

That focus may miss the nuance of Arena’s approach. Each season is different, a fact that plays directly into his choices when the games appear on the schedule. Right now, Arena saw an opportunity from the Open Cup and took it. While that’s good for the US Open Cup from a competitive standpoint, it might end up being very good for the New England Revolution’s climb up the Eastern Conference table.