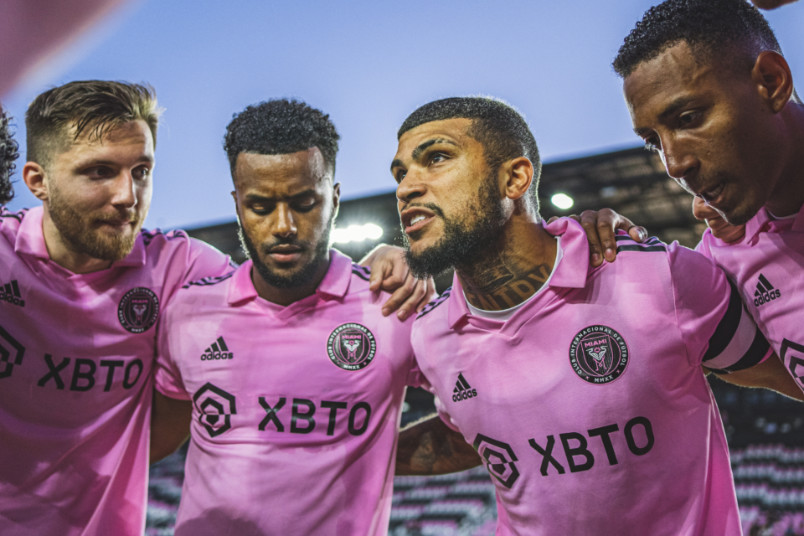 Wednesday’s soccer news starts in the US Open Cup round of 32. Orlando City advanced with a 2-1 home win over Philadelphia. Ercan Kara scored for Orlando in the 54th and Andres Perea doubled the lead in the 57th. The Union’s Stuart Findlay pulled a goal back in the 77th minute.

“I thought it was a very enjoyable game for our fans,” Orlando coach Oscar Pareja said. “The intensity shows the respect that both teams have for the Cup. It was not far from the high-level of the league and I like it a lot from the effort that our players did, especially in a very, very difficult match against a very good team, too.”

The New York Red Bulls advanced with a 3-0 away win at DC United Luquinhas opened the scoring three minutes into first-half stoppage time. New York’s John Tolkin doubled the lead in the 48th and Zachary Ryan scored in the 68th minute. Red Bulls goalkeeper Ryan Mera made one save to keep the clean sheet.

Inter Miami beat South Georgia Tormenta 3-1 at home. Miami’s Ariel Lassiter opened the scoring in the 45th with Robbie Robinson doubling the lead in the 47th. Robinson saw red in the 65th with South Georgia also going a man down. Lassiter scored again in the 83rd. South Georgia pulled a goal back in the 88th minute.

Sporting Kansas City needed a comeback and extra time to beat FC Dallas 4-2 at home. Dallas took the lead from a Franco Jara goal in the 8th and Edwin Munjoma scoring in the 34th. Nikola Vujnovic pulled a goal back for Sporting in the 60th. Playing a man up from a Dallas red card seven minutes into stoppage time, Marinos Tzionis equalized for Sporting a minute later. In extra time, Dallas gave up a 94th minute own-goal and Sporting’s Khiry Shelton scored in the 113th minute.

LAFC advanced with a 2-0 home shutout of the Timbers. Cristian Arango scored in the 32nd and Mamadou Fall doubled the lead in the 54th. LAFC goalkeeper Maxime Crepeau made six saves to keep the clean sheet.

Moving to the European scores, Yunus Musah subbed on in the 89th minute of Valencia’s 3-0 home loss to Real Betis in La Liga. Real Betis scored in the 57th, 87th, and 90th minutes. Sergino Dest wasn’t in the squad for Barcelona’s 3-1 home win over Celta Vigo. Memphis Depay put Barcelona up in the 30th with Pierre-Emerick Aubameyang extending the lead with goals in the 41st and 48th. Celta Vigo pulled a goal back in the 50th but played a man down from the 58th minute.

Jordan Pefok wasn’t in the squad for Young Boys in their 4-1 home win over St Gallen in the Swiss Super League. Meshack Elia put Young Boys up in the 7th with St Gallen equalizing in the 51st. Young Boys’ Wilfried Kanga converted a 61st minute penalty and Christian Fassnacht made it 3-1 in the 62nd. Elia scored again in the 68th minute. Mark McKenzie wasn’t in the squad for Racing Genk’s 3-2 home win over Royal Charleroi in Belgium’s First Division. Trailing from a 34th minute goal, Paul Onuachu equalized for Genk in the 55th. Royal Charleroi gave up a 59th minute own-goal and Genk’s Carlos Cuesta made it 3-1 in the 65th. Charleroi pulled a goal back in the 72nd minute.

Premier League on USA: Spurs vs Arsenal at 2:45pm. Liga MX on TUDN: Cruz Azul vs Tigres at 8pm. Telemundo has Chivas vs Atlas at 10pm ET.