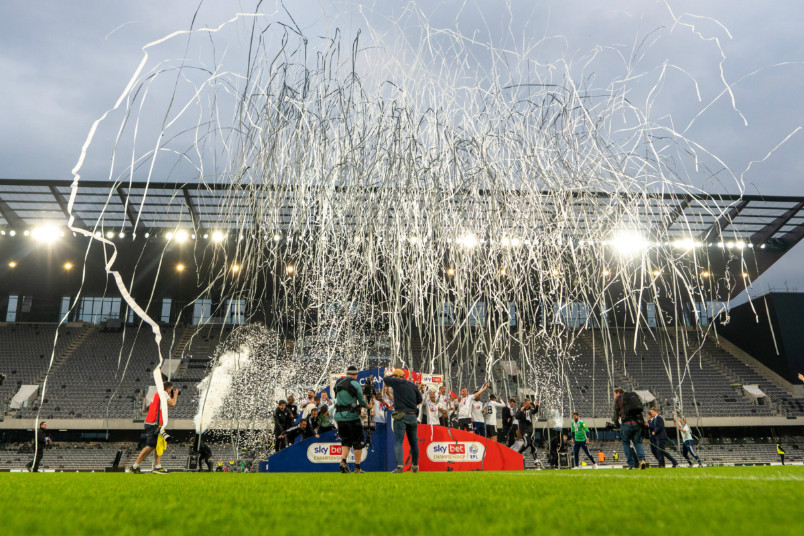 “It’s a great achievement for all of us, for this football club,” Fulham head coach Marco Silva said. “From the start of the season, of course our aim was to get promoted, but to be Champions as well. In our changing room, that was always our goal, so achieving it is fantastic. The most important thing for me, and I think we proved it again this evening, was the way we did it. A decisive match, for us and for our opponent as well, it was a like a final. Our players, when they went for the warm-up, they saw the trophy, and that showed that they were playing a final.”

Timmy Chandler’s Eintracht lost 2-0 at Bayer Leverkusen in the Bundesliga. The goals came in the 18th and 51st minute. Eintracht finished with four shots on goal to Leverkusen’s three.

“We didn’t play a bad game, but we lost the ball twice in front of our own box and were punished for it,” Chandler said. Bayer certainly deserved to win. We’d have liked to have got a positive result, the points would have been important. We have to do better on Thursday and we will.”

Tyler Adams was on the bench for RB Leipzig’s 3-1 loss at Gladbach. Trailing from the 17th, Christopher Nkunku equalized for Leipzig in the 36th minute. Gladbach scored in first-half stoppage time, going a man down in the 64th, and scoring again in the 77th minute.

“We have two games left in the league now,” RB Leipzig coach Domenico Tedesco said. “We’ll give our all and try to win both of them. Unfortunately, qualification for the Champions League is no longer in our hands. So we’ll just have to see how things turn out in the end.”