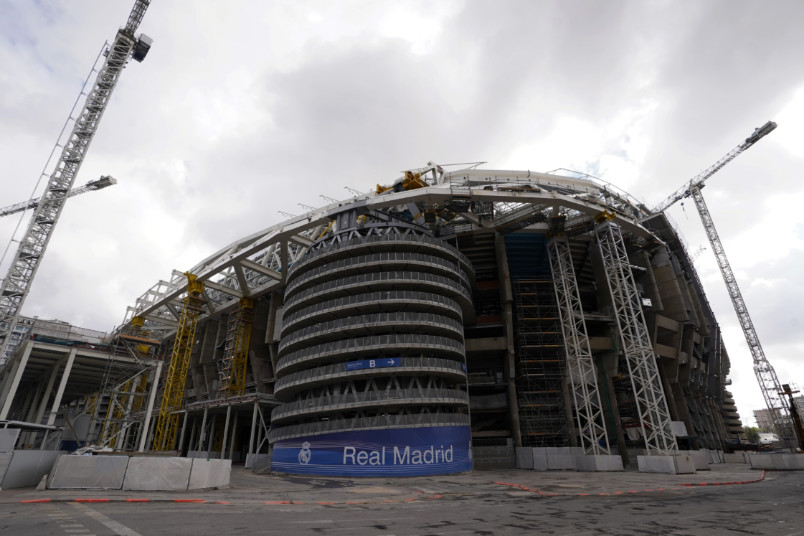 Monday’s soccer news starts with UEFA’s Champions League and the situation for Zack Steffen’s Manchester City. Up 4-3 over Real Madrid, they travel to the Bernabeu on Wednesday well aware of what the home side are capable of doing over two-legs. In this edition of the Champions League, Real Madrid is the team that somehow finds a way through. That happened when trailing 1-0 to PSG in the round of 16 and again when they gave up a two-goal lead to Chelsea in the quarterfinals.

What Manchester City should expect is more of what they saw in that 4-3 first-leg, a team that will continue to play. That’s easy enough to say about any of the four semifinalists, but Real Madrid has made it resonate with their performances. They don’t get back-footed in any scenario.

Celebrating the La Liga title on Saturday following a 4-0 home shutout of Espanyol, Real Madrid midfielder Casemiro said, “It’s a perfect job all year round. That’s how you win leagues, with consistency and hard work. The league is always the most difficult, that’s why we are the greatest and we have 35. You win the league game by game, you have to build a squad for it. You can never give up, you always have to make it three points. The team has been fantastic.”

Meanwhile, Manchester City is trying to hold off Liverpool at the top of the Premier League, winning 4-0 at Leeds on Saturday. With the top of the table now level on games played at 34, City’s lead is one point.

“The players know we have five games, maybe six if we win on Wednesday,” Manchester City manager Pep Guardiola said. “If we win all of them we will be champions of the Premier League and in the final of the Champions League. In these games it’s going to happen… ups and downs, good moments and bad moments. It’s how we react, how we react to conceding the goals against Madrid. Reacting good is the key point from now on.”

In Tuesday’s semifinal, Liverpool faces a different situation carrying a 2-0 lead at Villarreal. Simply put, Villarreal needs to change its approach to have a chance at a comeback. Scenario soccer only succeeds as long as the scenario holds, as it did against Bayern Munich in the quarterfinals. Villarreal’s offense hasn’t won by more than two goals since late February in La Liga. They knocked Juventus out of the Champions League in the round of 16 with a 3-0 second-leg win.

Liverpool hasn’t lost in the Premier League since the end of 2021, winning 13 of 15 games over their undefeated run. Whatever hope their form in Champions League second-legs gives Valencia, Liverpool went through.

“In the best possible way, you ignore the result from the first game,” Liverpool manager Jurgen Klopp said. “If that would be a cup game, only one game and it would be decided and we have to go to Villarreal, we would try to win there – and that’s what we want to try there. Knowing that they will go with all they have, it’s absolutely clear. And it was clear after the game directly with all the things Unai said after the game, the way they set up for the game in La Liga – eight players, I think, they changed in the beginning and the two who started again went off after 45. So, it will be a tough one, but it’s fine, really completely fine, because a Champions League semifinal should be tough and that’s absolutely OK. We never expected it to be easy.”

Moving to the soccer news, MLSsoccer’s Tom Bogert with the scene from Major League Soccer’s newest stadium. The NY Times’ Rory Smith explains the importance of this version of the Champions League. DW’s look at RB Leipzig’s situation in German soccer. The Guardian’s Fabrizio Romano on the life of soccer agent Mino Raiola.

UEFA Champions League on CBS: Villarreal vs Liverpool at 3pm with Liverpool up 2-0. Copa Libertadores on beIN Sport: Caracas vs Libertad at 6:15pm and Independiente Petrolero vs Palmeiras at 8:30pm. beIN en Espanol has Deportivo Tachira vs Emelec at 6:15pm and Estudiantes vs Nacional at 8:30pm ET.