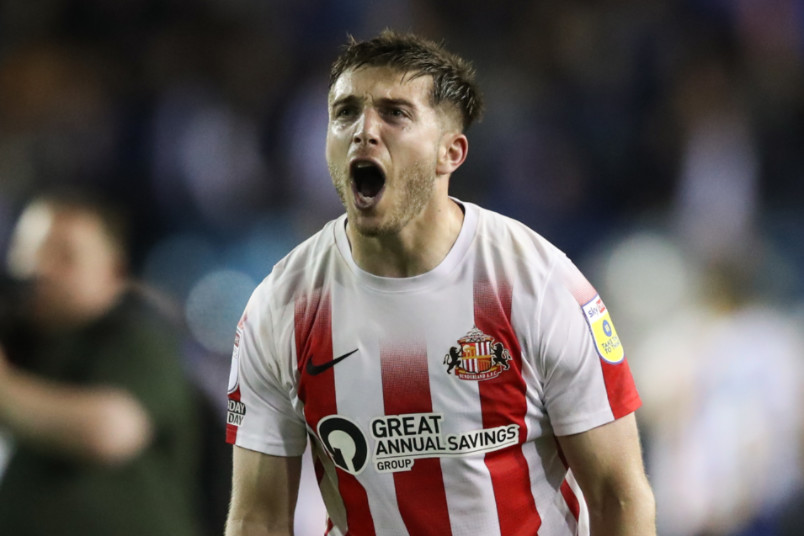 Tuesday’s soccer news starts in the League One promotion playoffs. Lynden Gooch’s Sunderland drew 1-1 at Sheffield Wednesday to advance to the final 2-1 on aggregate. Trailing from a 74th minute goal, Sunderland’s Patrick Roberts scored three minutes into stoppage time. Sunderland plays Wycombe Wanderers at Wembley on May 21 for promotion to the Championship.

Shaq Moore’s Tenerife shutout Girona 1-0 on the road in Spain’s Segunda Division. Mario Gonzalez scored for Tenerife in the 40th and Girona saw red six minutes into stoppage time. Kenny Saief subbed on in the 72nd minute of Ashdod’s 2-1 win at Hapoel Haifa in the Israeli Premier League. Moti Barshazki scored for Ashdod in first-half stoppage time with Haifa equalizing in the 54th. Ataa Jaber scored Ashdod’s winner in the 71st minute.

Joe Corona subbed out in the 75th minute of GIF Sundsvall’s 3-2 home loss to Degerfors in the Allsvenskan. Joe Gyau wasn’t in the squad for Degerfors. Saku Ylatupa scored for Sundsvall in the 50th and 74th minutes. Degerfors responded with a hat-trick from Abdelrahman Saidi, scoring in the 83rd, 89th, and four minutes into stoppage time. A league down, Romain Gall wasn’t in the squad for Orebro’s 1-0 home shutout of Ostersund. Vincent Thill scored in the 83rd minute.

Also in the soccer news, UEFA announced the changes to the Champions League that will begin in the 2024-25 season. UEFA is adopting the “Swiss system” doing away with groups in the initial stage where each team will play eight games. The tournament field increases to 36 teams for the league stage with all games except the final midweek.

“Today’s decisions conclude an extensive consultation process during which we listened to the ideas of fans, players, coaches, national associations, clubs and leagues to name but a few, with the aim to find the best solution for the development and success of European football, both domestically and on the international club stage,” UEFA president Aleksander Ceferin said. “We are convinced that the format chosen strikes the right balance and that it will improve the competitive balance and generate solid revenues that can be distributed to clubs, leagues and into grassroots football across our continent while increasing the appeal and popularity of our club competitions.”

The Guardian’s Paul MacInnes on UEFA’s changes to the Champions League. Manchester City announced “an agreement in principle” on signing Erling Haaland from Borussia Dortmund. The Sunderland Echo’s Phil Smith describes the scene on advancing to the promotion final.

Ligue 1 on beIN Sport: Nice vs St Etienne at 1pm and Nantes vs Rennes at 3pm. Coppa Italia on CBS Sports: Juventus vs Inter Milan at 3pm. Premier League on USA: Wolverhampton vs Manchester city at 3:15pm. Liga MX on TUDN: San Luis vs Pachuca at 8pm and Puebla vs Club America at 10pm ET.