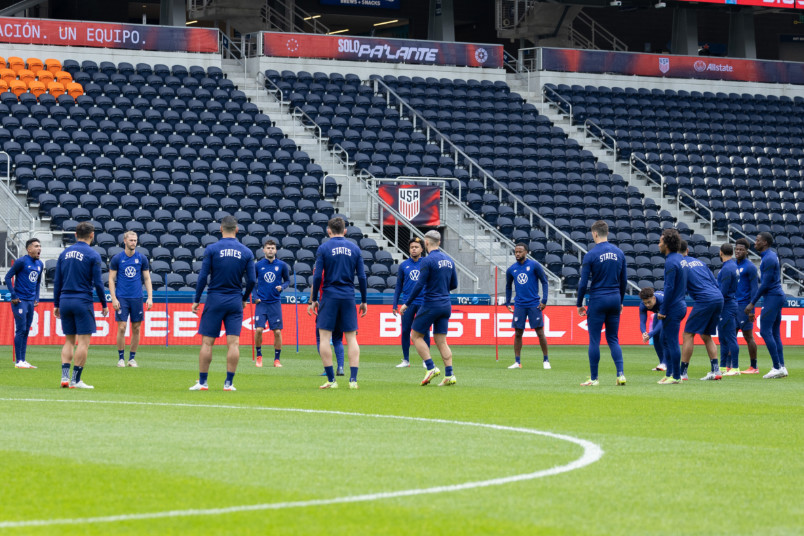 By Clemente Lisi – NEW YORK, NY (May 23, 2022) US Soccer Players – It’s going to be an unusual soccer summer. With the World Cup pushed to the winter, the countries that have qualified for the finals need to use this window. In the case of the United States, that means a June schedule with two friendlies and the start of the Concacaf Nations League.

The USMNT begins camp for a key period as coach Gregg Berhalter continues to look at players. He’s had that opportunity during World Cup Qualifying, but will have more chances starting when the US faces Morocco on June 1 at TQL Stadium in Cincinnati to open this crucial two-week, four match period.

For the players, a part of June means getting the chance to show everyone that this is a cohesive squad and one that can sweep aside opponents. After the Morocco friendly, the USMNT travels to Children’s Mercy Park on June 5 in Kansas City. Once those two tune-ups are done with, the team will need to refocus for the start of its Nations League title defense. That opens with a June 10 match against Grenada at Austin’s Q2 Stadium, then a potentially tricky road trip four days later versus El Salvador.

“There is a core group that we are building and we are developing and we’ve done a good job of that,” Berhalter told reporters last Friday during a Zoom call. “Around the edges there is room. If a guys is in form and doing a great job, then I expect him to make a case for the (World Cup) roster.”

The US might treat these four matches as if they were a make-believe World Cup opening round followed by a round of 16 game. The narrow time span of 14 days is a model of what November could look like for the Americans as they navigate the World Cup’s first round. In Qatar, the US will open things up on November 21 against the UEFA playoff winner, four days later against England, and then close out the group on November 29 against Iran.

There will be some competitive soccer ahead for Berhalter’s men. Morocco has risen to 24th in the latest FIFA rankings after qualifying for Qatar. Against Uruguay, ranked 13th, the US will face its toughest opponent during this window. The Uruguay match is what Berhalter recently called a “high level opponent” when US Soccer announced they would face the South Americans. This lack of high-level opposition, for a myriad of reasons ranging from the pandemic to the Nations League concept in Europe and Concacaf, has become a problem for all the countries preparing for Qatar 2022.

“Uruguay has some world-class talent and is one of the top teams in South America,” Berhalter added in a quote posted on USSoccer.com. “These are the kinds of opportunities we need to continue to grow as a group and set ourselves up to be successful in Qatar.”

As for the roster, midfielder Weston McKennie and striker Brenden Aaronson are back from injury. A number of USMNT players abroad head into this camp with new silverware. Aaronson helped Red Bull Salzburg win the Austrian league and cup double, while defender Antonee Robinson helped Fulham win the Championship to earn Premier League promotion. One of the final players to join camp will be goalkeeper Ethan Horvath since Nottingham Forest will be playing for promotion to the Premier League in the Championship Playoff Final this Sunday against Huddersfield Town.

As for players on the roster hailing from MLS, forward Jordan Morris and midfielder Cristian Roldan helped Seattle win the Concacaf Champions League title earlier this month.
There’s also a chance for some tactical changes. Berhalter did not rule out experimenting with three in the back while also working on controlling the game more over the coming weeks.

“We are not going to win the World Cup in this window – we know that,” Berhalter said. “We want to get off to a strong start in Nations League and set up a good foundation.”