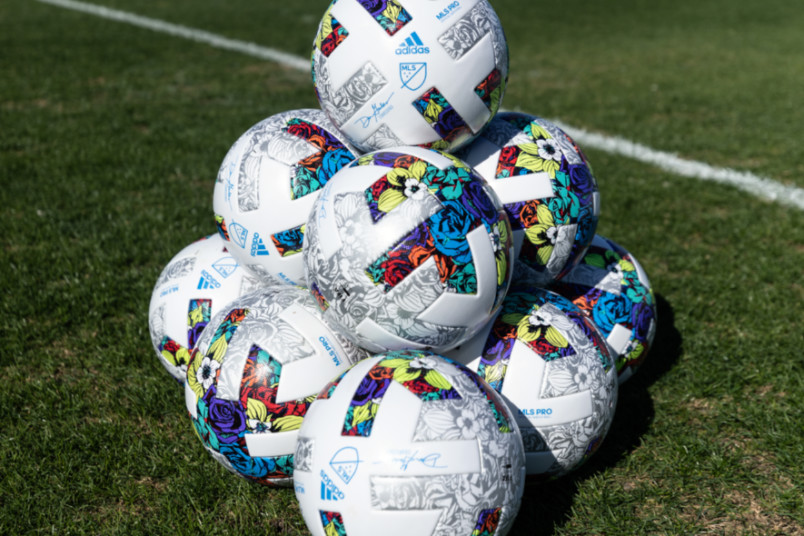 By Jason Davis – WASHINGTON, DC (June 24, 2022) US Soccer Players – With more than half the regular season still to play and the secondary transfer window set to open on July 7, every club in MLS still believes it has a shot at glory. This is Major League Soccer. There’s no reason to think that things can’t change, and quickly.

The question of how to get better is ever-present, even for the successful teams in the league so far. Good defending but not scoring or a productive attack paired with an unconvincing defense makes identifying problems easy. That doesn’t always help with the solutions. “Play better” isn’t much of a plan.

A handful of MLS teams stand out for their lack of scoring punch as the calendar approaches July, and the pressure to rack up wins starts to build. The Columbus Crew, Colorado Rapids, Minnesota United, and Philadelphia Union are all looking for a consistent way to put the ball in the back of the net. While that’s most obvious for the Rapids, Crew, and United sitting outside of the playoff sports, it’s not just about positions in the table right now. Philadelphia executes at a high level in nearly every other area of the game. That’s why they’re in the top three in the East. Still, a recent run of underwhelming results is crystallizing the goal-scoring problem. Find a way to address that, and the scope of the regular season changes.

The Crew has already made its move in a bid to fix what ails its forward line. Columbus announced on Tuesday the signing of Watford striker Juan “Cucho” Hernandez. The 23-year-old spent the 2021-22 season playing in the Premier League, scoring five goals in 25 appearances.

Per multiple reports, the Crew is breaking its transfer fee record to sign Hernandez. The eight-figure fee Columbus bets the club’s previous record of a reported $8 million the club sent to Tigres for Lucas Zelerayan in 2020. Cresting the $10 million mark would make Hernandez one of the ten most expensive signings in league history.

As difference-making moves go, this is a big one. Columbus traded US international Gyasi Zardes in April, the club’s leading scorer three of the last four seasons. That move created an opening at forward that Columbus has now filled. With that comes a revived set of expectations for the club this season.

Meanwhile, the Colorado Rapids are trying to find the form that saw them take 1st-place on the final day of the 2021 season. That was an example of achieving regular-season success on a budget in MLS, an old concept that continues to work in this league. Zardes is Colorado’s only Designated Player. With the roster flexibility needed to sign two more over-budget pieces, Colorado could make moves this summer to improve the club’s 1.1 goals-per-game average.

Diego Rubio has shouldered most of the scoring load in Colorado, leading the team with a respectable seven goals. That represents more than 40 percent of Colorado’s goal total for a team sitting in 9th-place. Replicating last season’s Decision Day heroics requires getting the team into a place to take full advantage.

Minnesota, too, is struggling to get goals from across the team. The club’s leading scorer is Robin Lod, a converted winger pushed into a center-forward role because the Loons haven’t found an answer at that position. Lod’s approach to the position is more “false nine” than “center forward”, a tactical approach head coach Adrian Heath has leaned into.

United has made attempts to add a goal-scoring center forward. The club acquired Luis Amarilla, a player the club had on loan in 2020, to bolster the front line. Amarilla has four goals so far this season.

“That’s something we’re actively looking at,” Heath said about adding players in the summer transfer window. “We’ve got a bit of space and we’ve got some salary cap, so we are looking. We’ve got room to add one or two.”

Minnesota has other areas of the field that could do with reinforcements, but it’s difficult not to see goal-scoring as the most pressing problem.

That brings us to the Union. Unlike Columbus, Colorado, and Minnesota, Philadelphia is in the playoff places. The Union sits just behind NYCFC and the Red Bulls in the standings, holding a respectable 1.73 points-per-game average. However, recent results may expose problems for the club’s chances at making a running at a top-two seed and the MLS Cup.

The Union has drawn seven of its last nine matches along with a loss and a win. They’ve scored more than one goal just once in that span. Offseason signing Mikael Uhre has two goals in eight appearances, missing time due to injury. Midfielder Daniel Gazdag is the club’s leading scorer with seven goals. Because of Uhre’s injury issues, we haven’t seen the Union plan for goals get a fair run.

All four of these teams are trying to figure out how to match potential. Any of them figuring that out would change the picture in their respective conferences. They’re not the only teams looking for answers, with the conference standings set for a reshuffle. That underlines the difference between what we’ve seen so far in MLS this season and what we may or may not know about how quickly things might change.