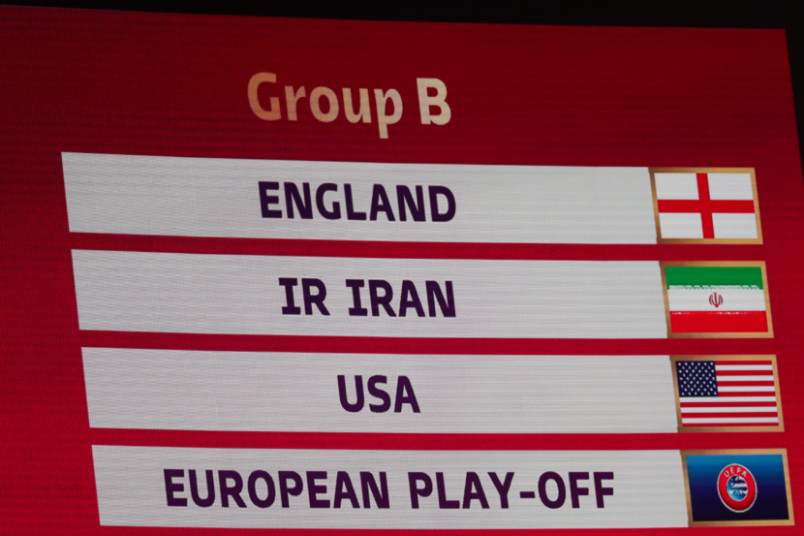 Monday’s soccer news starts with Wales joining the United States, England, and Iran in group B, opening against the USMNT on November 21 at Khalifa International Stadium. Wales took the final UEFA World Cup spot with a 1-0 shutout of Ukraine at Cardiff City Stadium. A 34th minute own-goal put Wales through to the 2022 World Cup.

“It’s the greatest result in the history of Welsh football,” Wales forward Gareth Bale told Sky Sports. “We’re all ecstatic. It’s what dreams are made of and what we’ve been working for since we started. It’s for all of our amazing fans. I can’t describe the feeling.”

There was one game on the Major League Soccer schedule during the international break, with the Vancouver Whitecaps beating Real Salt Lake 2-1 at BC Place. Ranko Veselinovic scored for the Whitecaps in the 31st with Justin Meram equalizing in the 52nd. RSL’s Aaron Herrera saw red in stoppage time and Vancouver’s Ryan Gault converted the penalty.

“I think we played a really good game, forcing the game to come down to moments,” RSL coach Pablo Mastroeni said. “We lost on our own set piece, but overall, we managed the game really well. We created enough to win the game, so it’s unfortunate not to come away with anything on this one, but every loss is an opportunity to learn and move forward.”

The 2020 version of the Canadian Championship finally concluded with Toronto FC lifting the trophy. Toronto beat Forge FC on penalties at Tim Horton’s Field in a game that ended 1-1 in regulation. forge FC missed a 20th minute penalty, with Alejandro Pozuelo scoring for Toronto in the 57th. Forge equalized in the 60th minute. It took an extra round of penalties for Toronto to take the 2020 title 5-4.

Shaq Moore’s Tenerife advanced to the Segunda Division promotion final with a 2-1 win at Las Palmas, advancing 3-1 on aggregate. Enric Gallego put Tenerife up in the 4th and converted a first-half stoppage time penalty. Las Palmas pulled a goal back in the 71st and went a man down in stoppage time. Tenerife plays at Girona on June 11 and hosts them on June 19 for a spot in La Liga.

ESPN’s Jeff Carlisle looks at the USMNT after the Uruguay friendly. Yahoo Sports’ Henry Bushnell with plusses and minuses for the USMNT from two friendlies. The Athletic’s Sam Stejskal asks about the USMNT’s offense. The NY Times’ Andrew Keh’s match report for USMNT vs Uruguay.

“We’re standing up for what we believe in.”
– @thewalkerzim on today’s letter to Congress pic.twitter.com/cog42jFZTt

UEFA Nations League on FS2: Finland vs Montenegro at 12pm. FS1 has Italy vs Hungary at 2:45pm. Cup of Nations qualifying on beIN Sport: Zambia vs Comoros at 12pm and Rwanda vs Senegal at 3pm. Concacaf Nations League on TUDN: Grenada vs El Salvador at 7pm and Jamaica vs Suriname at 9pm ET.