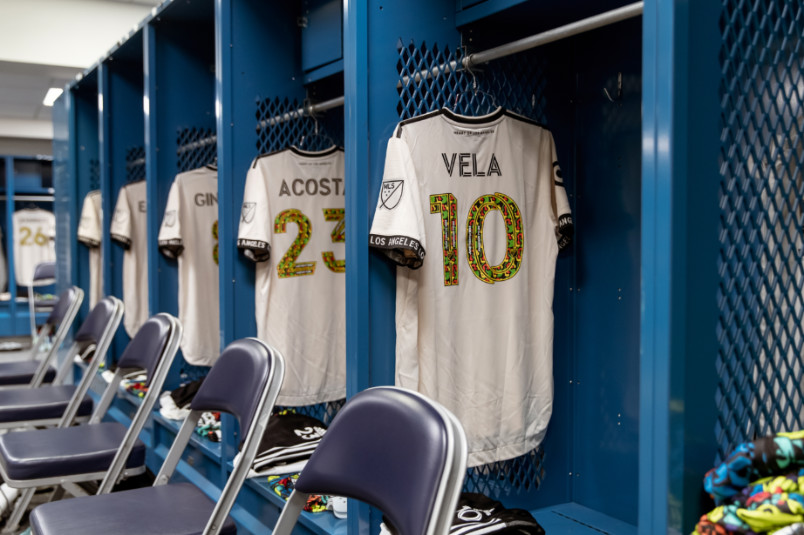 Monday’s soccer news starts with another twist for the Western Conference and World Cup group B, with Wales captain Gareth Bale announcing he will join LAFC next month. Bale is the latest addition to a reworking of LA’s roster even though the club is already the top team in Major League Soccer.

Earlier this month, LAFC signed former Juventus and Italy defender Giorgio Chiellini who also joins the club in July. The good news continues after their all-time leading scorer Carlos Vela signed a contract extension, ending the uncertainty around whether or not he would stay with the club past the midway point of the season.

What all this means for LAFC is one question. What it means for the rest of Major League Soccer might be the better one. Already one of the best equipped teams in MLS, LAFC has now underlined its ambitions. There are only so many moves the rest of the Western Conference can possibly make to try to contend with this level of talent.

Meanwhile, Bale in MLS adds another twist to World Cup group B. He joins the North American topflight in advance of the 2022 World Cup, playing out the rest of the 2022 MLS season with a contending team. Among the Wales regulars, only Aaron Ramsey at Juventus, Rabbi Matondo at Schalke, James Lawrence at St Pauli, Ben Woodburn at Hearts, and Bale, previously at Real Madrid and now at LAFC, play outside of English soccer.

Bale at LAFC becomes unique for Wales, a player who will have plenty of firsthand understanding of American soccer. That works both ways, of course. From the players with the USMNT in June, midfielder Kellyn Acosta is now Bale’s club teammate. LAFC plays Nashville on July 17 and October 9, potentially giving defender Walker Zimmerman a look at Bale in action. It’s the same for Jordan Morris and Cristian Roldan’s Seattle on July 29 and Dallas’s Paul Arriola and Jesus Ferreira on September 10.

Also in the soccer news, Matt Turner got his official Arsenal introduction on Monday. “Matt is an experienced goalkeeper who will bring high quality to our squad,” Arsenal manager Mikel Arteta said in a press statement. “He has shown with his performances in recent years in both the MLS and at international level with the United States that he is a goalkeeper who will give us added strength going into next season. We welcome Matt and his family to the club and we look forward to working together in the years to come.”

Moving to the Allsvenskan, Joe Corona subbed out in the 84th minute of GIF Sundsvall’s 5-2 home loss to Djurgarden. Ronaldo Damus scored for Sundsvall in the 5th. Djurgarden was level by the 14th and ahead 3-1 from goals in the 19th and 21st minutes. They added goals in the 38th and 73rd. Sundsvall’s Pontus Engblom scored in the 87th minute. Corona saw yellow in the 65th. Joe Gyau’s Degerfors drew 1-1 at home with AIK. Nikola Durdic put Degerfors up in the 13th with AIK equalizing in the 44th minute.

Copa Libertadores on beIN Sport: Emelec vs Atletico Mineiro at 6:15pm and Corinthians vs Boca Juniors at 8:30pm. Concacaf U-20 Championship on FS2: USA vs Costa Rica at 7pm and Panama vs Honduras at 10pm. ESPN has the USWNT vs Colombia at 10pm ET.