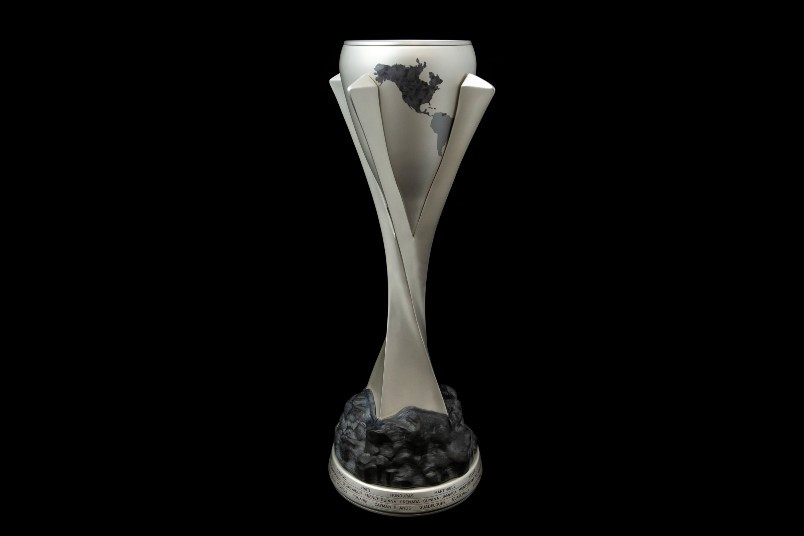 By Jason Davis – WASHINGTON, DC (June 10, 2022) US Soccer Players – A World Cup is coming, and the United States has a spot booked for the biggest tournament in international soccer. Nothing can compete with the World Cup. The USMNT’s preparations for a return to the brightest stage the game can offer are naturally dominating attention. Meanwhile, there’s some additional business for Gregg Berhalter and his team that begins on Friday in Austin, Texas. The start of a Nations League title defense.

“We made history winning the first Nations League and we want to continue on that foot and be the second winners as well,” midfielder Kellyn Acosta said on Tuesday.

It was just over a year ago that the USMNT claimed the title of champion in the debut edition of the Concacaf Nations League via a dramatic 3-2 victory over Mexico in Denver. Despite the newness of the Nations League competition and natural questions about its importance, the win was a landmark achievement for a young American team just a few months from starting World Cup qualification.

The match at Empower Field had a little bit of everything. Already laced with the feistiness part-and-parcel of any game between the rivals, 120 minutes of play delivered enough twists and turns for three USA-Mexico tilts. Christian Pulisic supplied the winning goal from the penalty spot in emphatic fashion in extra time, but a slew of other heroes stepped up to lead the US to its first trophy in Gregg Berhalter’s head coaching tenure.

Zack Steffen made massive saves before being replaced by Ethan Horvath due to injury. Horvath then saved a penalty against Andres Guardado in extra time to preserve the US lead and eventual victory. There were VAR checks, tough challenges, moments of physical confrontation, and drama in droves.

In retrospect, the Nations League win set the tone with the Gold Cup and World Cup qualifying on the calendar. The USMNT won the Gold Cup, again beating Mexico in the final. They also booked a place in Qatar while taking four points from Mexico in the process.

The culmination of the first edition of the Nations League was everything Concacaf could have wanted, even if it was delayed a full year by the outbreak of COVID-19. The region’s biggest teams facing off in front of an engaged crowd and playing to a dramatic finish was all Concacaf’s leadership could have asked for from a final.

However, the Nations League is less about the final and the chance for the USMNT and Mexico to face off for another trophy than it is about getting many of the region’s smaller soccer nations more competitive matches.

It might come as a surprise to those focused on the pre-World Cup preparations of the United States, Mexico, and Canada that the Nations League program has already begun. Those three automatic World Cup qualifiers start their quest to become champion of the 2022-23 Concacaf Nations League this week, but plenty of games have already happened at various levels of the Nations League.

Mexico enters group A hosting Suriname on Saturday in Torreon. Jamaica drew 1-1 at Suriname, recovering with a 3-1 home win that has them top of the group with four points. Still, Jamaica has to wonder why they aren’t waiting to host Mexico next week in Kingston with all six of those points.

Group B put Costa Rica in an interesting situation. They played two Nations League games before heading to Qatar for the playoff against New Zealand for a spot in the World Cup. Once again, Panama showed its home form, shutting out Costa Rica 2-0 to open group play and then beating Martinique 5-0 at home to top the group with six points.

There was a bigger surprise in group C, where Honduras downed Curacao in Curacao, only for Curacao to return the favor in San Pedro Sula. Canada, expected to top the group, entered the fray on Thursday with a 4-0 home win over Curacao. That leaves all three group C teams on three points, with Canada at Honduras on Monday and already ahead on goal difference.

In the USA’s group, El Salvador might have shot out to a big lead before the Americans played a game, but Grenada managed a draw in its home match against a team that reached the final round of 2022 World Cup qualifying. The US begins its group D schedule with El Salvador atop the group on four points while Grenada has one.

Gregg Berhalter and his team are looking at the Nations League matches in this FIFA window as a further opportunity to refine performance ahead of the World Cup. In a perfect world, the USMNT might prefer to have had control of its schedule.

While it’s easy to ask about the importance of a new tournament like the Nations League on a calendar reordered by the World Cup starting in November, prestige comes with time. Only playing the tournament over and over can turn something different into a significant part of any region’s soccer story. The Nations League is still building its prestige but there’s no doubt the tournament has a special place in the story of the USMNT. Let the title defense begin.