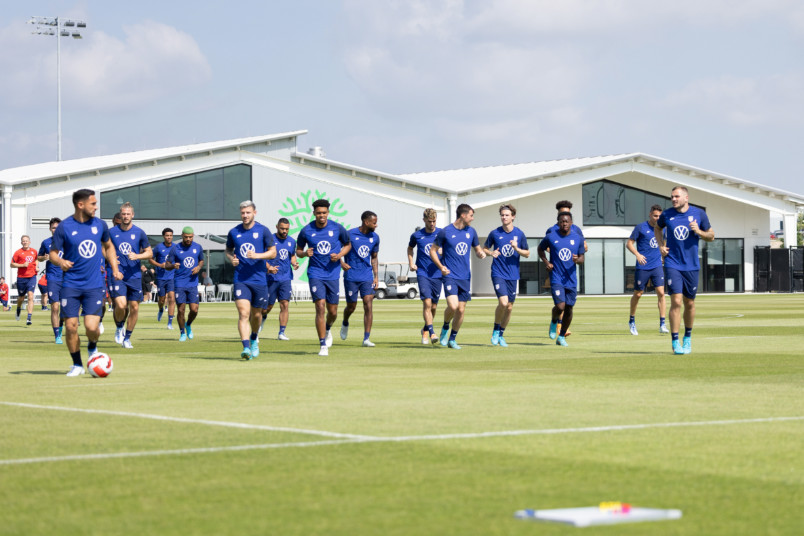 Friday’s soccer news starts with the USMNT beginning its 2022-23 Nations League group schedule later tonight against Grenada (10pm ET – ESPN+, UniMas). With the USMNT technical staff stressing the importance of games that count as well as defending a title, the USMNT can use their two Nations League games as another test of tactics and personnel. With that in mind, here are three things to look for during USMNT vs Grenada.

What the USMNT does with possession

In their two Nations League games against El Salvador, Grenada held 31% of possession on the road and 43% at home. With the USMNT likely giving its press another opportunity, possession percentage should skew heavily in favor of the United States. That doesn’t always lead to goals.

At home against El Salvador in World Cup qualifying on January 27, the USMNT had 63% of the possession, taking 17 shots and putting five of them on goal. The final score was 1-0 with El Salvador not putting any of their six shots on target. At Costa Rica in their World Cup qualifying finale, the USMNT held 66% of the possession and put six of 15 shots on goal to Costa Rica’s five from twelve. Costa Rica won 2-0.

Grenada figured out enough about El Salvador in their 3-1 away loss to draw 2-2 at home. It was Grenada in the lead from the 54th to the 88th minute in front of their home fans. Even the away leg suggested more than the final score. Falling behind in the 2nd minute, Grenada was level by the 4th. Grenada gave up an own-goal to make it 3-1 in the 55th. While it was El Salvador with the better chances in the second-half, Grenada absorbed that pressure.

While there’s no direct comparison between El Salvador’s style of play and the USMNT’s, Grenada created confidence with how they played in both games against El Salvador. How that shows against the USMNT could be as much about frustration as tactics.

USMNT coach Gregg Berhalter didn’t release his roster early for a game that counts, but one of the potential issues in this type of game is work for the goalkeepers. With so few games left, it’s important to see how Berhalter’s keeper options respond under pressure. Grenada is unlikely to try and press, not wanting to give up counterattacking opportunities in a game that could quickly get away from them. Instead, a conservative approach should shift the action to how their defense holds.

Grenada did win four corners in each of their games against El Salvador, but the USMNT defense and shape shouldn’t provide as many opportunities. After a tough game against Uruguay, the USMNT needs to focus on keeping shape and control. That might not produce as many metrics as the coaches would like en route to designing the World Cup squad.

Saturday has the UEFA Nations League on FS1: Ireland vs Scotland at 12pm. FS2 has Netherlands vs Poland at 2:45pm. MLS on ABC: Charlotte vs Red Bulls at 3pm. UniMas has Nashville vs San Jose at 8pm. Concacaf Nations League on UniMas: Mexico vs Suriname at 10pm.

Sunday has the UEFA Nations League on FS1: Northern Ireland vs Cyprus at 9am and Norway vs Sweden at 12pm. Span vs Czech Republic is on FS2 at 2:45pm. MLS on ABC: Sporting Kansas City vs New England at 3pm.