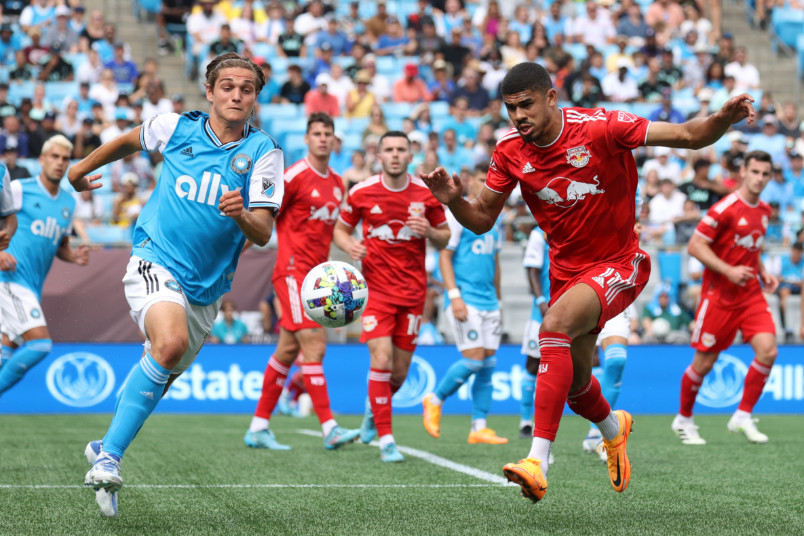 By Jason Davis – WASHINGTON, DC (June 17, 2022) US Soccer Players – MLS emerges from what constituted an international break this weekend. Since the league leaves it up to individual clubs whether they want to sit out the break entirely, there were games here and there. However, for the most part, teams took advantage of the time to reset and regroup.

The pause in the thick-and-fast schedule doesn’t come at a natural stopping point, like halfway, but it did arrive after every club had a good sense of the promise of the season. If we’re taking stock of the standings ahead of the full return to play, there are a few notable items on the list.

Seattle is still sitting down near the bottom of the Western Conference. Despite being good enough to win the Concacaf Champions League, the Sounders haven’t put together a consistent run of results to push them up the table. It’s probably just a matter of time.

On Tuesday night at Lumen Field, the Sounders took a step towards reclaiming a spot among the West’s contenders with a dominant 4-0 over the Vancouver Whitecaps. Brian Schmetzer’s team rolled the Caps despite some high-profile absences in USMNT players Cristian Roldan and Jordan Morris, two players who will have key roles in helping the Sounders back to the top of the conference.

Starting on the right foot in the club’s first game since the end of May is a good sign that Seattle won’t have a problem firing up the engines for the next phase of the season. Nothing changes for the Sounders. They’ll put their heads down and work towards winning a second trophy in 2022.

Next up for Seattle is a home date against 1st-place LAFC on Saturday. Expect playoff intensity as the Sounders will be out to prove they’re the best team in the conference despite their place in the table.

There are a host of teams who come out of the break, including a few who played games while most clubs were off, who will look a little different than when they went in. Two clubs made coaching changes during the break, Charlotte FC and NYCFC.

Charlotte handled the New York Red Bulls 2-0 at Bank of America Stadium last Saturday in Christian Lattanzio’s coaching debut. Both sides were missing important players because of the FIFA window, but it was Charlotte that got more from its available roster. Midfielder Ben Bender continued to add accolades to his excellent rookie campaign by scoring the eventual game-winner in front of a raucous home crowd.

Next up for Charlotte is a clash with the Crew in Columbus on Saturday with its international contingent, including its two Polish Designated Players, Karol Swiderski and Kamil Jozwiak, back in the fold. Charlotte has yet to win on the road, though they gave Seattle a game at Lumen Field. There’s a chance this could be more than merely a respectable season for the expansion team.

NYCFC’s new boss makes his debut on Sunday at Yankee Stadium against the Rapids. Everyone knows about the lofty expectations in New York for the defending MLS Cup champions. Nick Cushing is now on the hot seat to back up the glowing praise directed his way by NYCFC leadership this week. Getting a home game to start his tenure should help ease the transition.

One of the early season’s best stories is the play of FC Dallas. The club remade itself a bit over the offseason, bringing in Nico Estevez as head coach and flexing some financial muscle to acquire new weapons to go with a core of homegrown talent. USMNT winger Paul Arriola is among the best additions in the league so far. The former DC United DP is a perfect fit for Dallas’s attack and has combined to great effect with fellow USMNT forward Jesus Ferreira.

Ferreira returns to his club tied for the lead in the Golden Boot race with fellow American Jeremy Ebobisse. That hot start gives Ferreira a realistic chance to be the first American winner of the award since Chris Wondolowski in 2012. Chasing Ferreira and Ebobisse are Austin’s Sebastian Driussi (8) and Arriola, who has seven goals on the season.

FC Dallas will host reeling Vancouver on Saturday. The scene is set for more goals. Both Ferreira and Arriola arrive fresh from scoring with the USMNT in June.

As for the teams struggling near the bottom of the standings, two of them began 2022 with big expectations. Annual contender Sporting Kansas City and defending Western Conference champion Portland stand out, but only six points separate 14th-place from a playoff spot. Both of those organizations are heavily invested in their systems and should expect things to change.

For rebuilding teams, it’s a different set of expectations. Bob Bradley moved to Toronto FC with the tea, trying to turn around a 13th-place finish last season. Currently in 12th-place, reinforcement is arriving soon in the form of Italian attacker Lorenzo Insigne. The end of the international window happens to coincide with the lead-up to the opening of the secondary transfer window. Rumors are flying and new signings are on their way.

The reset also means watching teams not expected to do much in 2022, but who are sitting solidly in a playoff spot. Djordje Mihailovic-led Montreal, an eyebrow-raising third in the East, returns to play against one of the other overachievers, Austin FC, this weekend.

Josh Wolff’s team entered the break after an underwhelming May that saw the club win just once in five matches. An uptick in the quality of its opponents is a test of just how much the club has improved in year two.

How much any of this holds over a crowded July schedule becomes the question. With most teams playing six games next month, there are plenty of points at stake to change the scope of a season.