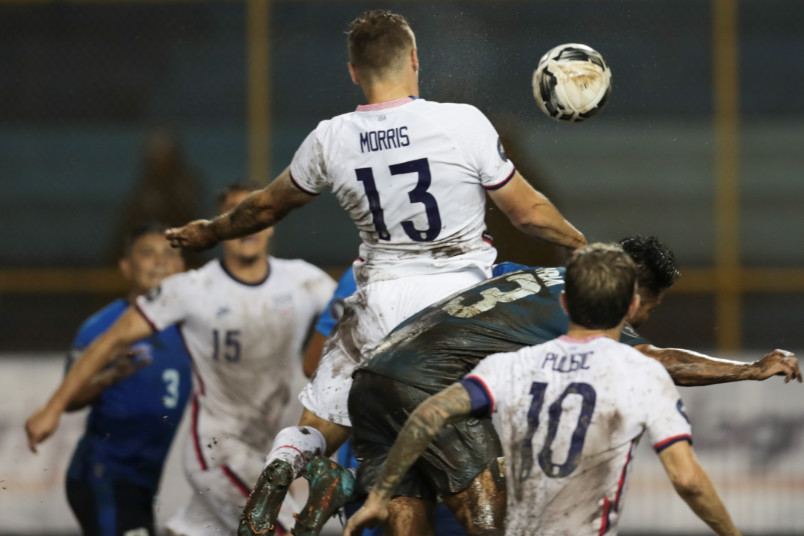 By Clemente Lisi – NEW YORK, NY (Jun 20, 2022) US Soccer Players – The June international window is over. The schedule of friendlies and Nations League games for both Concacaf and UEFA have filled the time for many of us after most of the European seasons finished. Those European leagues will be back in action when the calendar breaks again for the September window, the last national team games before the start of the World Cup. That’s set for September 19-27, with time for two games.

Given the reset schedule for this World Cup, it’s hard to underestimate the importance of the June window. The list of World Cup participants is set with the recent additions of Australia and Costa Rica, winners of their respective playoff games, to the 32-team field. For some teams, the Nations League results have raised significant questions. For all of the participants, getting the right preparations in September now takes over.

For the USMNT, the June camp was positive. The team beat Morocco and Grenada and drew against Uruguay and El Salvador. This last draw, a hard-fought 1-1 game, took place on the road and in averse weather and field conditions. There are plenty of positives for coach Gregg Berhalter to take away from these four games. As the USMNT preps for the World Cup, here’s a look at five things to consider while we wait for games in September.

It was a new version of the FIFA World Cup qualifying playoffs, with one game played at a neutral site in Qatar rather than over two legs. Australia and Peru join the field with all the World Cup teams working through compacted qualifying schedules to get to the final. The eight groups are evenly matched, meaning they are all competitive. That’s very good for the game and the fans.

Still, there’s always a group that seems tougher than the rest, especially for one of the teams looking for an unlikely way through. That would be what Costa Rica earned by knocking out New Zealand. They play Spain, Japan, and Germany in group E, with the European teams among the favorites for the usual reasons. Australia has it a little easier, drawn into group D with France, Tunisia, and Denmark.

What about group B?

Wales joined group B as the highest-ranked team from the remaining UEFA playoff participants. That’s not a surprise, but they join seeded side England in a home countries encounter along with Wales and the USMNT. It’s a group the United States can certainly get out of, but past World Cups have shown that anything can happen.

England had a poor June window, including a 4-0 defeat to Hungary in Nations League. After winning their UEFA World Cup qualifying playoff, Wales had their own issues in the Nations League. Iran was idle during the window after Canada canceled a planned friendly in Vancouver. As players and pundits reminded us, it’s simply too early to have a clear idea of what teams will look like in September, much less November.

Who are the early favorites?

The usual suspects are favorites to win it. Five-time champion Brazil will always be in the conversation, as is Argentina. They represent the best two teams from South America. From Europe, defending champions France is a favorite, although a team hasn’t won a consecutive World Cup since Brazil in 1962. Rounding out the list are England, despite recent poor performances, a rebuilt Spain, who reached the semifinals of Euro 2020, Germany, and Portugal. Outsiders like Belgium and the Netherlands could pull off some surprises.

Europe’s 2022-23 seasons should be interesting since they’ll need to be placed on hold to accommodate the winter World Cup. What this will mean in practice is the question. While the leagues would normally break for international windows in October and November, starting a World Cup during the season is a new concept. Well, at least in Europe. For other parts of the world, including the United States, a World Cup during the season is business as usual.

Not this time for Major League Soccer, who will finish the 2022 season on November 5. Though the 2019 season concluded on November 10, this will be the earliest end to the season since 2002. Back then, the season normally ended in October. With an earlier start, MLS is getting the games in. By moving MLS Cup to early November, there’s less chance of some of the finals we’ve seen in cold weather cities.

Mexico is facing questions about its offense, looking for ways to finish off chances. Their final June result was a 1-1 draw at Jamaica in the Nations League, adding to a perception that this is a team that needs to address issues. They’ll get an early start with an out of window friendly against Paraguay scheduled for Atlanta on August 31.

Canada lost their final June game 2-1 at Honduras in the Nations League, once again showing the level of difficulty for away dates in Concacaf. Preparing for Belgium and Croatia is the same UEFA problem the rest of the World Cup field faces. UEFA is playing Nations League games in September, making most European teams unavailable for friendlies in the final international window prior to the World Cup.