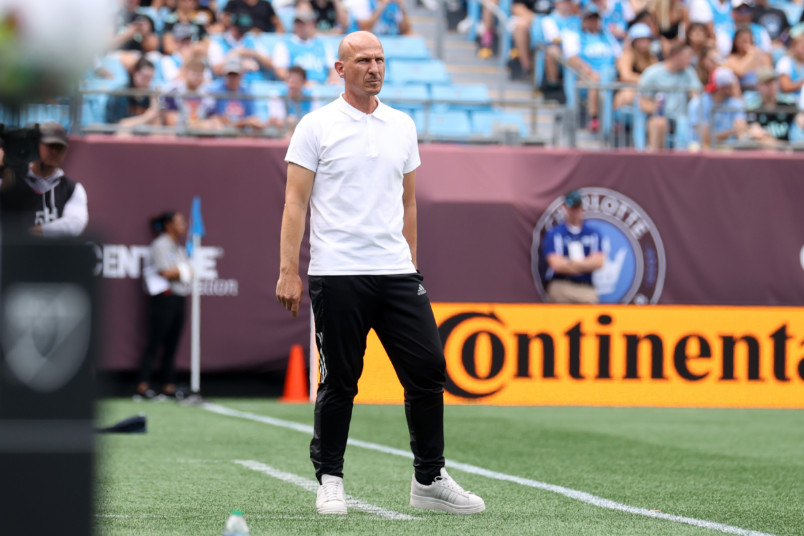 Friday’s soccer news starts with week 22 in Major League Soccer, with the focus seemingly as always on the top of the Eastern Conference. Philadelphia is top of the table with 39 points from 21 games, but 2nd-place NYCFC is only a point behind with a game in hand. There’s now a five-point gap between 2nd and 3rd, putting the pressure on the Red Bulls and 4th-place Montreal to not see that grow.

Week 22 has Philadelphia at 5th-place Orlando City and NYCFC home to 9th-place Inter Miami on Saturday, with the usual caveats about not underestimating any team in the Eastern Conference. Still, what has Philadelphia and NYCFC at the top is a stubborn refusal to lose. The Union’s two losses this year came to teams at the wrong end of the Eastern Conference, but it’s tough to imagine any of their opponents seeing that as a trend. Two of NYCFC’s four losses were to Philadelphia. One of those was their only home loss this season.

Meanwhile, Montreal has a game in hand a point behind the Red Bulls, playing at DC United on Saturday while the Red Bulls are at Austin on Sunday. As opportunities go, it’s tough to see anything but a clear one for Montreal. If this is the beginning of a delineation in the East, it only increases the pressure on the teams at or within reach of 3rd-place. How they respond right now becomes the latest part of trying to figure out the Eastern Conference.

In the soccer scores, Sam Vines was on the bench for Royal Antwerp’s 0-0 home draw with Drita Glijan in the first-leg of their Europa Conference League second round main path qualifying series. The series concludes on July 27.

Tyler Adams and Brenden Aaronson for Leeds United in a 1-1 draw with Crystal Palace in a friendly at Perth’s Optus Stadium. Both of the USMNT players subbed out at halftime. Rodrigo put Leeds up from the penalty spot in the 56th with Palace equalizing in the 67th minute.

“I was really pleased,” Leeds head coach Jessie Marsch said. “The pitch wasn’t perfect, but the game was fast. Palace doesn’t have their full team, but I thought that, especially in the first-half, that we had a lot of really good moments. And for me tactically, that was the closest for me we’ve looked the way I would like us to look. So it means that we’re starting to grasp our roles a little bit more, that the players that have come into the team are having an impact.”

Saturday has the Urawa Reds vs PSG friendly on CBS Sports at 6am. ESPN Deportes has the Roma vs Nice friendly at 2pm. The Bayern Munich vs Manchester City friendly is on ESPN at 7pm. FS2 has the Real Madrid vs Barcelona friendly at 11pm. UEFA Women’s Euros quarterfinals on ESPN2: France vs Netherlands at 3pm. Women Cup of Nations final on beIN Sport: Morocco vs South Africa at 4pm. Liga MX on Univision: Cruz Azul vs Puebla at 8pm and Tigres vs Atlas at 10pm. Fox Deportes has Tijuana vs Club America at 9pm.

Sunday has the Blackpool vs Everton friendly on Fox Deportes at 10am. Copa America Femenina 5th-place game on FS2: Chile vs Venezuela at 8pm. Liga MX on UniMas: Pachuca vs UNAM Pumas at 8pm.

Monday has the Gamba Osaka vs PSG friendly on CBS Sports. Copa America Femenina semifinals on FS1: Colombia vs Argentina at 8pm. All Times Eastern