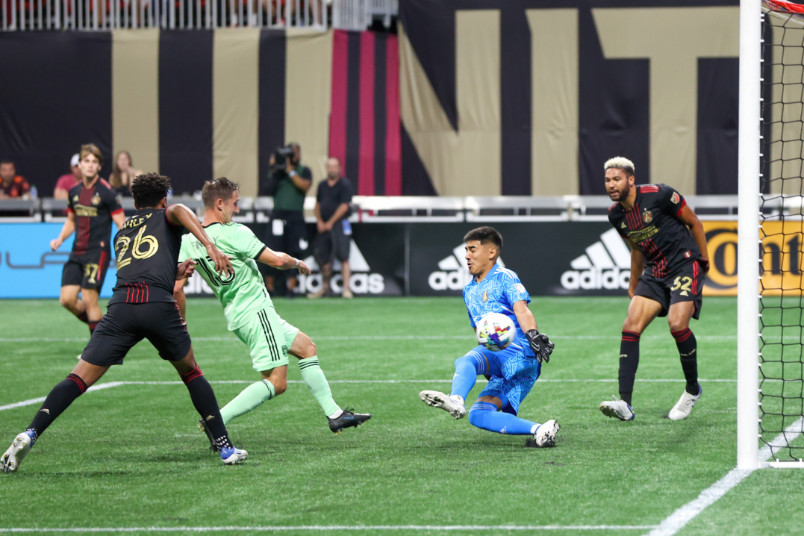 By Jason Davis – WASHINGTON, DC (July 13, 2022) US Soccer Players – If the refrain seems a little tired, it’s for a good reason. The refrain in question goes something like “Is Austin FC good?” and has been part of the rolling MLS debate since the Texas team started the season with 20 points from its first nine games through February, March, and April.

With the standard list of exceptions, second-year MLS clubs aren’t supposed to be this good. And by “good,” we mean atop the Western Conference and Supporters’ Shield standings. It’s one thing to challenge for a playoff spot or make an incremental step from an inaugural MLS season to a sophomore campaign, but it’s something else to make a giant leap into the league elite.

By every metric available and judging by the table, Austin FC made a giant leap from year one to year two. MLS still has 15 games left in the regular season for most teams. That’s plenty of time for the table to flip and things to change dramatically. However, Austin shows no signs of letting up. So, for now, it’s only right to call Josh Wolff’s Austin team one of the best teams in the league.

The “how” of Austin’s slingshot move past so much of the Western Conference field is fascinating fodder for discussion as the positive results continue to come in for the club. Saturday’s 3-0 romp over Atlanta United felt like a statement for Austin. Whatever the status of Atlanta’s rebuild, Austin went on the road and beat one of the league’s most expensive rosters in front of a massive crowd of over 67,000.

“Tonight, for me, tonight was probably one of the most telling games that I’ve been part of on the road with this group,” Wolff said after taking three points in Atlanta on the weekend.

Austin is ruthless and efficient while playing with surprising confidence for a side with so few games together. That’s a credit to Wolff, the man in charge of the team on the field, and to team president Claudio Reyna, who didn’t hesitate to make necessary changes to Austin’s roster.

The club wasn’t precious about its plan. Tough decisions weren’t belabored, and replacements for departing players came quickly. The progression from year one to year two in a league where a rapid rise to prominence is only a few good decisions away felt natural and unforced. Austin was disappointed with its finish in 2021. It didn’t panic in the quest to do better for 2022.

The most obvious improvement for Austin is their road results. In 2021 they lost 13 of its 17 away matches and earned eight of a possible 51 points. They now have the league’s best road record more than halfway through the 2022 season. Austin’s seven wins away from Q2 Stadium match the club’s full-season win total from 2021 and is a significant reason why the club is challenging for first place.

Some of that newfound road success is a product of better depth in the squad. Reyna’s moves for players like winger Ethan Finlay and veteran midfielder Felipe Martins granted Wolff freedom to selectively deploy his squad from match to match. Saturday’s win over Atlanta is an excellent case in point. With a Tuesday night home match against Texas rivals Houston just a few days after the trip to Georgia, Wolff sent out a team without Sebastian Driussi or Maxi Urruti, the club’s two leading goal scorers.

Austin still scored three goals and cruised to victory in Atlanta. Martins opened the scoring with a smart layoff and delayed run, resulting in a simple header in the 9th minute ahead of Finley’s opportunistic finish just eight minutes later. Driussi came on as a substitute and put the game to bed 12 minutes into the second-half. It was Driussi’s 11th goal of the season as he chases the league’s Golden Boot title.

This year’s Austin team is more willing to play against the ball, an evolution that runs counter to Wolff’s original vision for the team. It’s not that the former USMNT forward has changed his mind on what constitutes good soccer, but like many a young MLS coach before him, he learned that occasional pragmatism can go a long way.

Few teams in MLS can fill up the seats on a weeknight, but it was no problem for Austin FC against Houston on Tuesday. The game also represented a chance for Austin to take a big step towards securing the Copa Tejas, a rivalry trophy established for games between the triumvirate of Texas teams now playing in MLS. Beating out FC Dallas and Houston would mean putting Austin’s first trophy in the newly christened case. That’s no small thing for a club still building its identity. Success begets success.

The best of what Austin is in 2022 was on display in the 3-1 win over the Dynamo. Despite falling behind early, something that might have deflated the team last season, Austin fought back to level the game through a Diego Fagundez free kick in the 15th minute. From there, it was the home team’s show with both Maxi Urruiti and midfielder Alex Ring getting on the scoresheet.

Austin has itself a 1st-place team, with the usual caveats of games played in an unbalanced schedule. Second-year MLS teams have achieved remarkable things before. MLS is a league that allows for quick moves into contention for trophies. It’s time to end the refrain. Austin is good. How good? Let’s find out.