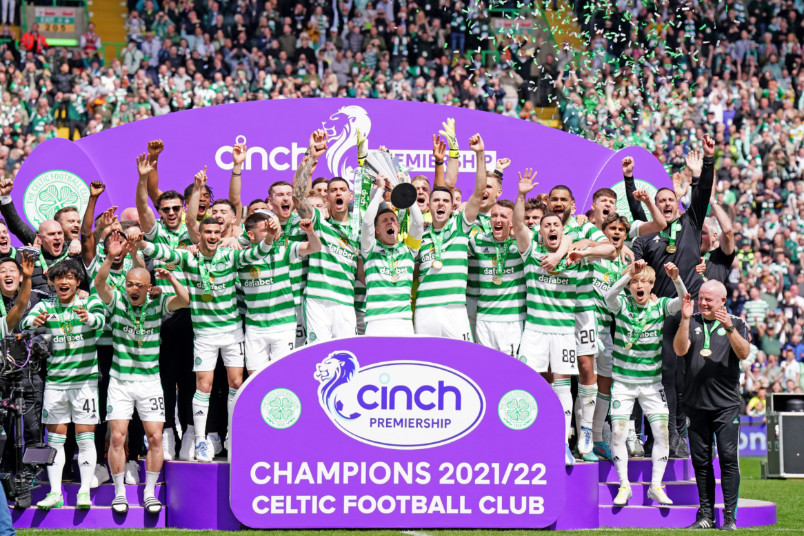 Friday’s soccer news starts with the opening round of the 2022-23 Scottish Premiership. James Sands and Malik Tillman’s Rangers are at Livingston, Cameron Carter-Vickers’s Celtic hosts Christian Ramirez’s Aberdeen. While Rangers and Celtic are likely to be the teams deciding the top of the table, Aberdeen starts the season after finishing 10th, six points above the relegation zone.

Rangers beat Livingston 3-0 at home to open last season, losing their second game before going on an undefeated streak that ended on February 2 at Celtic. The four-point difference between Celtic in 1st and Rangers in 2nd in the final table overshadows the 28-point gap between 2nd and 3rd-place. Along with the 13-point divide between 3rd and 4th, pulling into contention in the Premiership means more than the standings.

With Rangers were returning to form in the mid-2010s following their financial relegation, Aberdeen was the team finishing in 2nd-place over four consecutive Premiership seasons from 2014-15 through 2017-18. Three consecutive 4th-place finishes followed. Though Aberdeen never got past the qualifying stages, they were in the Europa League from 2014-15 to 2020-21, playing in the Europa Conference League qualifiers last season. That sets an expectation for a club now trying to recover from what happened last season.

Celtic, meanwhile, is continuing to build after last season’s turnaround. “We’re happy with the ones we’ve brought in,” manager Ange Postecoglou said. “There were some areas I wanted to strengthen to make us a bit more robust, so we have more options through there now. Signing Jota and Carter-Vickers on permanent deals was an important part of what we’re trying to build. I’m pleased with what we’ve done. There’s still time left in the window and we will stay active and agile to see if we can strengthen in areas.”

Moving to the soccer scores, Romain Gall wasn’t in the squad for Malmo’s 2-0 home loss to Zalgris on Wednesday, exiting the Champions League 3-0 on aggregate in the second round. Zalgiris scored in the 34th and 52nd minutes. Mamo went a man down in the 77th with a red card to Anders Christiansen. Malmo moves to the Europa League third round qualifying Champions Path and plays F91 Dudelange on August 4 and 9.

In Europa Conference League second round qualifying, Kenny Saief’s Neftchi advanced 3-2 on aggregate, beating Aris Limassol 3-0 at home on Thursday. Godsway Donyoh opened the scoring in the 38th with Edy Silvestre doubling the lead on the night in the 57th. Saief scored in the 62nd minute, subbing out in the 89th. Neftchi plays Rapid Vienna in the third qualifying round Main Path on August 4 and 11. Sam Vines subbed on in stoppage time for Antwerp in their 2-0 win at Drita Glijan to advance 2-0 on aggregate. Laurit Krasniqi scored in the 52nd and Michel Ange Balkwisha added a goal eight minutes into stoppage time. Antwerp plays Lillestrom in the third round.

Saturday has the Scottish Premiership on CBS Sports: Livingston vs Rangers at 7am. Dutch Super Cup on GolTV: Ajax vs PSV at 2pm. MLS on ABC: Minnesota vs Portland at 3pm. Liga MX on Univision: Cruz Azul vs Necaxa at 6pm and Tigres vs Queretaro at 8pm. Chivas vs Pachuca is on Telemundo at 10pm. ESPN Deportes has Tijuana vs Mazatlan at 10pm. Copa America Femenina final on FS2: Colombia vs Brazil at 8pm. The Real Madrid vs Juventus friendly is on FS2 at 10pm.

Sunday has the Scottish Premiership on CBS Sports: Celtic vs Aberdeen at 11:30am. UEFA Women’s Euro final on ESPN: England vs Germany at 12pm. ESPN Deportes has the Marseille vs Milan friendly at 12pm. French Super Cup on beIN Sport: PSG vs Nantes at 2pm. Liga MX on FS2: Santos Laguna vs Atlas at 8pm. Univision has Leon vs Club America at 10pm.