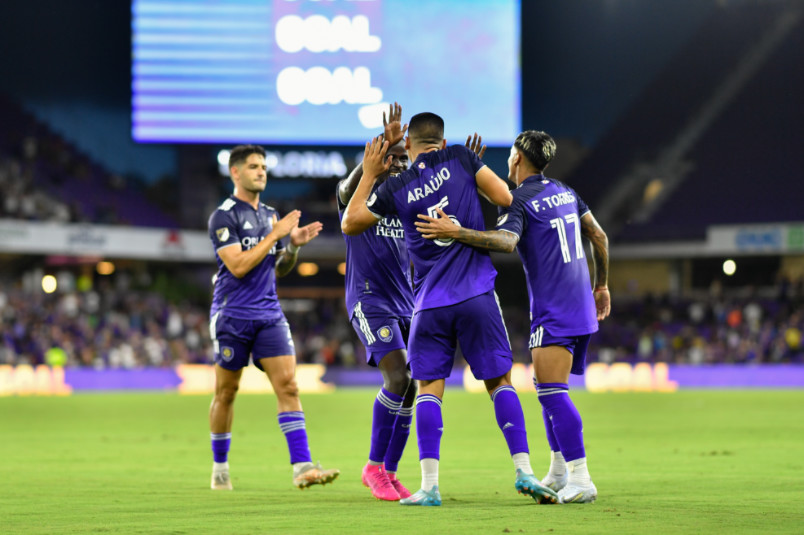 Thursday’s soccer news starts with Orlando and Sacramento advancing to play in the US Open Cup final on September 7 at Exploria Stadium. Orlando came back to knock out the Red Bulls 5-1 at home, with New York taking the lead from a Lewis Morgan goal a minute into first-half stoppage time. Orlando’s Cesar Araujo equalized three minutes later in first-half stoppage time and Mauricio Pereyra put City up for good in the 47th minute. Araujo scored again in the 62nd with Facundo Torres making it 4-1 in the 75th and Benji Michel scoring in the 83rd minute.

“Our field was too big, it was not compact,” New York Red Bulls coach Gerhard Struber said. “Between the center back and striker, too much space. And we know that when they get space and time then they can create something. I think we lose completely the compactness.”

Sacramento and Sporting Kansas City remained scoreless through extra time, with Sacramento winning 5-4 on penalties. Sporting failed to convert in the first round.

“I thought that we did more than enough to get the result that we needed but that’s the game sometimes,” Sporting Kansas City coach Peter Vermes said. “I thought we played well. I’m proud of our guys. It hasn’t been easy. They’ve had to do it in a lot of different ways and a lot of guys have had to play in a lot of games. We’ve had so many different lineups going through this competition. I’m proud of the guys and we’ll move on to our next game.”

Chris Richards officially completed his move from Bayern Munich to Crystal Palace. “Chris is a hugely talented young player, and he brings a lot of experience at a high level for his age, as well being an established international for the USA national side,” Crystal Palace chairman Steve Parish said in a press statement.

Picking up the results from Tuesday, Sergino Dest subbed on in the 32nd and out in the 78th for Barcelona in their 2-2 friendly draw with Juventus in Dallas. Weston McKennie was on the bench for Juventus. Ousmane Dembele put Barca up in the 34th with Moise Kean equalizing in the 39th. It was Dembele again in the 34th with Kean leveling the score in the 51st minute.

“That was a good workout,” Juventus coach Massimiliano Allegri told the club’s official site. “I’m pleased with the work we are doing and how the preparation is proceeding. We could have paid more attention to avoid losing the goals, but that’s okay.”

Moving to the other soccer scores, Vancouver won the 2022 Canadian Championship 5-3 on penalties after drawing 1-1 in regulation with Toronto FC. Brian White put the Whitecaps up in the 19th with Toronto’s Lukas MacNaughton equalizing in the 75th. Toronto failed to convert in the third round of penalties with Vancouver going five for five.

Championship on ESPN2: Huddersfield vs Burnley at 3pm. Copa America Femenina 3rd-place game on FS2: Argentina vs Paraguay at 8pm. Liga MX on FS2: Juarez vs Toluca at 10pm. MLS on FS1: LAFC vs Seattle Sounders at 11pm ET.