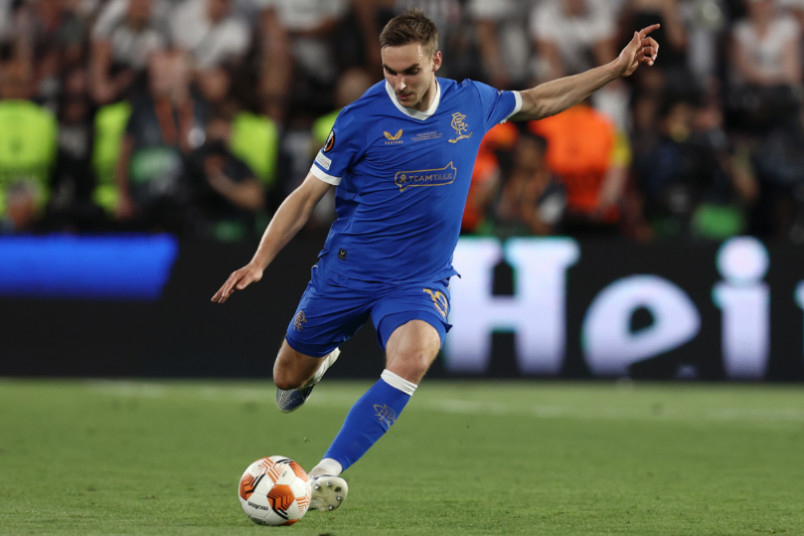 By Jason Davis – WASHINGTON, DC (July 22, 2022) US Soccer Players – Plenty of clubs across the Atlantic Ocean can claim a special place in the hearts of American soccer fans for a variety of reasons. One of those is when a squad features American players. Recent inroads made by USMNT players in Germany have turned Borussia Dortmund into an American soccer favorite. A generation earlier, Hannover 96 emerged as a place for US players in the same country. Steve Cherundolo, Clint Mathis, DaMarcus Beasley, Conor Casey, and Bobby Wood all spent time there.

Then there’s Rangers, one part of the famed Old Firm of Glasgow that’s long been home to American players dating back to Claudio Reyna’s arrival in 1999. Their list also includes DaMarcus Beasley, Maurice Edu, Alejandro Bedoya, Carlos Bocanegra, Hyndman, Gedion Zelalem, and Matt Polster, with James Sands and Malik Tillman in the current squad. What made things different for Rangers was USMNT players winning trophies with the club.

Reyna won the double with Rangers in 1999-2000. DaMarcus Beasley joined for the 2007-08 season, winning the Scottish Cup. Another USMNT player, Maurice Edu, signed the next season with the two Americans winning the league and Scottish Cup double. Edu would follow that up with the league and League Cup double, winning that version of the double again the following season. While Beasley had won back-to-back championships with PSV prior to his move to Rangers, this was an era where topflight trophies were rarities for US soccer players in Europe.

With Rangers working its way back from administration and financial relegation to the Third Division for the 2012-13 season, trophies are once again the story. That started quickly for James Sands, joining on loan last January and winning the Scottish Cup in a season where Rangers finished 2nd in the league and the Europa League.

Before making his loan move midway through last season, Sands said that he discussed the club with Reyna, NYCFC’s former sporting director. Reyna himself has spoken fondly of his time at the club, as have other USMNT alums. The passage of time hasn’t diminished the affection Rangers supporters have for Americans who wore their club’s colors, either. There’s a momentum to this sort of thing, building a legacy as well as creating opportunities for American players to show they belong at a club expected to contend for titles.

Sands has already benefited from Rangers’ run in the 2021-22 Europa League, making five substitute appearances in the knockout rounds of the competition through to the final.

Earlier this month, USMNT forward Milik Tillman joined Rangers on loan from Bayern Munich. They’ll be trying to qualify for the Champions League next month when they play Union Saint-Gilloise. That series starts on August 2, just days after Rangers opens the Premiership season at Livingston.

Rangers beat West Ham United 3-1 at Ibrox in a preseason friendly on Wednesday with Sands playing the second-half. In his post-game comments, van Bronckhorst mentioned that, “The team is very welcoming, once you sign you are one of the family and we keep working towards our goal this season.”

When anyone at Rangers talks about a goal, it’s easy to assume it means trophies. With Sands and Tillman now in the squad, the rich legacy of USMNT players at Rangers continues, but they’re not the only team in the Premiership or even their city relying on US soccer players. Ian Harkes at Dundee United and Christian Ramirez at Aberdeen are doing work in Scotland’s topflight.

Then there’s the current Premiership champions, playing on the other side of Glasgow with a USMNT center back regularly in their lineup. Cameron Carter-Vickers’s now permanent club is riding high under the leadership of Ange Postecoglou, a coach who returned Celtic to the top of the Scottish Premiership and will lead them into the group stage of the Champions League this season. Carter-Vickers earned a spot on the league’s Team of the Year for his contributions to that effort.

Carter-Vickers and Celtic are at the top of the mountain. Sands, Tillman, and Rangers are working to knock them off. So there’s the pressure. The same thing that makes Rangers a rewarding place to play makes it a significant challenge.