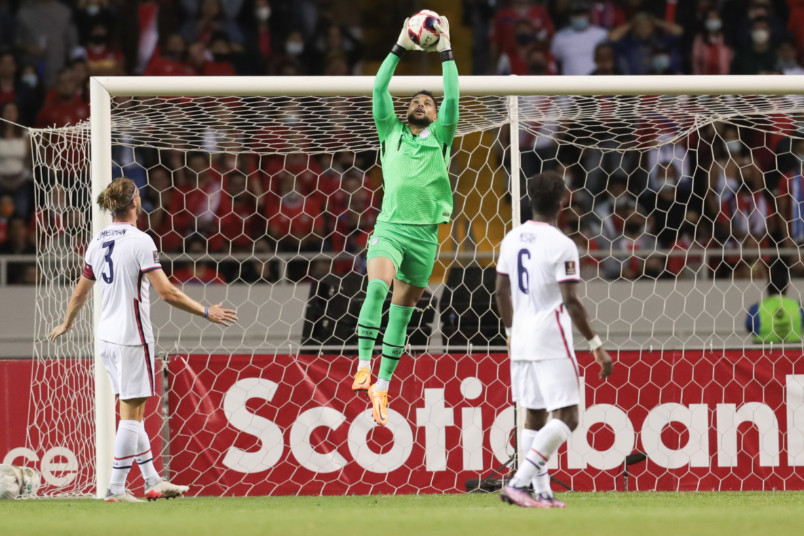 Tuesday’s soccer news starts with USMNT and Manchester City goalkeeper Zack Steffen going on loan to Middlesbrough in England’s Championship for the 2022-23 season. Steffen is looking for playing time after serving as Manchester City’s backup and mainly used for domestic cup competitions.

“I think it’s a big coup for us and so I’m delighted we’ve brought Zack in,” Middlesbrough manager Chris Wilder said in a press statement. “We knew we had to improve the goalkeeping department. We brought in Liam Roberts and now we’re adding Zack who has just signed a four-and-a-half-year deal with Man City. Man City don’t hand out four-and-a-half-year contracts if they don’t think anything of them.”

USMNT defender Shaq Moore is joining fellow US soccer player Walker Zimmerman at Nashville SC. “Shaq has all of the positive attributes that we look for on both sides of the ball, as well as on and off the field,” Nashville general manager Mike Jacobs said in a press statement. “He has the ability to be a key contributor in our group, and we are so pleased to have him join us here in Nashville.”

MLSsoccer’s Jonathan Sigal on the potential for another player move from Toronto FC. The Athletic’s Raphael Honigstein’s look at what Bayern Munich is building.

CBS Sports has the Kawasaki Frontale vs PSG friendly at 6:30am. The Alaves vs Wolverhampton friendly is on ESPN Deportes at 2pm. ESPN2 has the Club America vs Manchester City friendly at 8:30pm. UEFA Women’s Euro quarterfinals on ESPN2: England vs Spain at 3pm. USL on ESPN2: Louisville vs Phoenix at 7pm. Copa America Femenina on FS1: Colombia vs Chile at 8pm and FS2: Ecuador vs Paraguay at 8pm. Liga MX on Telemundo: Chivas vs Leon at 10pm ET.