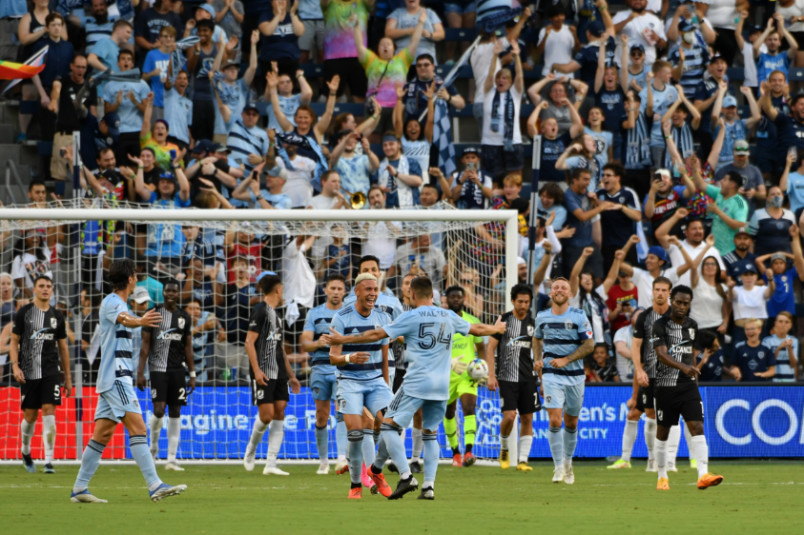 Vancouver is in 10th-place in the Western Conference, coming off of a 3-1 home loss to Chicago on Saturday. That same day, the revamped version of Toronto shutout Charlotte 4-0 at home to stay 13th in the East. While still having a chance to make the playoffs is on endless repeat in both conferences, Toronto is only six points back of 7th-place Cincinnati. It’s certainly worth wondering if league position has anything to do with a cup final, something that also resonates for the USA version.

Sporting Kansas City may be in last place, but they’re the only Western Conference team left standing in the Open Cup. They’re also the only one playing a second division team for a spot in the final. That changes the scope and expectations for a team with five league wins this season.

Six points separates the 3rd-place Red Bulls from 6th-place Orlando City in the other semifinal, but this game could be more about the value of playing at home. Orlando lost 1-0 at home to Eastern Conference leaders Philadelphia while the Red Bulls won 3-2 at Austin, but New York should know how reflective the Open Cup may or may not be of league form. They shut out NYCFC 3-0 at home in the last round, the team now five points ahead of them in the Eastern Conference table.

Moving to the soccer scores, Aron Johannsson wasn’t in the squad for Valur’s 3-3 draw at KR Reykjavik in the Urvalsdeild. Trailing from the 3rd minute, Valur’s Hauker Pall Sigurdsson equalized five minutes into first-half stoppage time. KR Reykjavik went ahead in the 52nd, with Valur’s Holmar Orn Eyjolfsson leveling the score in the 54th. KR Reykjavik retook the lead in the 56th. Patrick Pedersen scored for Valur in the 61st minute.

Fox Deportes has the Genoa vs Lazio friendly at 11am. The Wolfsberger vs Milan friendly is on ESPN Deportes at 1pm. UEFA Women’s Euro 2022 semifinals on ESPN2: Germany vs France at 3pm. Liga MX on TUDN: Necaxa vs Pachuca at 8pm. UniMas has UNAM Pumas vs Mazatlan at 10pm ET.