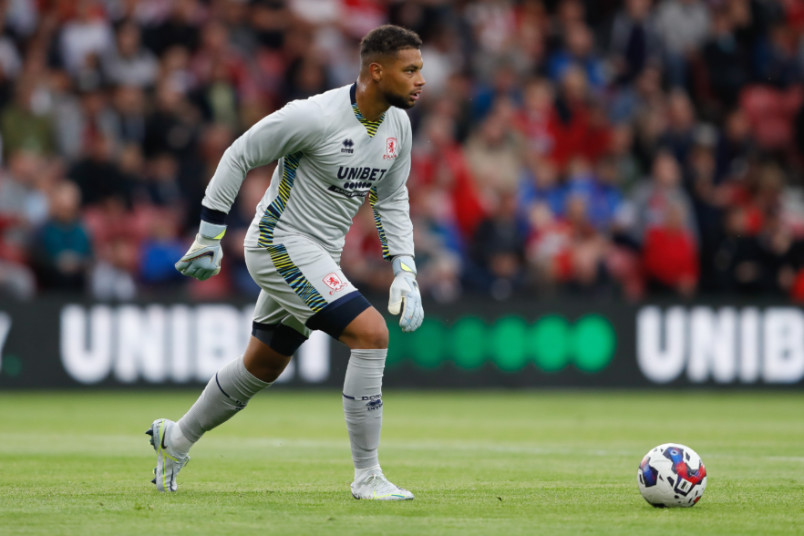 By Jason Davis – WASHINGTON, DC (July 27, 2022) US Soccer Players – The English Championship, perhaps the world’s highest profile second division soccer league, is a grind. Twenty-four teams vying for promotion to the Premier League or to avoid relegation to League One each play a brutal 46-game schedule dripping with consequences in every round.

The league is perennially a fascinating mix of proud clubs with rich histories, many of them in the first division, and aspirational outfits looking to move into the big time. The quest to reclaim lost status looms large as a motivating factor alongside the potential Cinderella stories.

Promotion playoffs at the end of the campaign, which pit the 3rd through 6th-place finishers against one another for one of three promotion places in the next Premier League season, make for an extra level of drama. The playoffs also keep clubs further down the table late in the season in contention for a dream move to the top level. What the Championship may lack in glamour compared to the league above it, it makes up for in the fierceness of the competition.

Tactically, the Championship has become more diverse in the kind of soccer played by its clubs. What was once a rough-and-tumble division characterized by a devotion to traditional English route one soccer is now the home to a range of philosophies.

Just a few seasons ago, the Championship saw the arrival of man-marking high pressing proponent Marcelo Bielsa at Leeds United. Though Bielsa eventually helped Leeds return to the Premier League and left the division, his influence on the Championship is still being felt. Possession is a greater part of the picture in the Championship than it was before Bielsa’s time at Leeds. Which, in simple terms, means there’s more passing happening than in previous eras of the league.

Championship clubs are playing at a very high level, higher than all but a very small percentage of clubs across the globe, but the soccer does tend to be more direct and physical than in the Premier League. Data shows a league more apt to duels, 12 percent more than the top flight last season, and cards, 50 percent more red cards and 14 percent more yellow cards.

Greater parity in the Championship keeps the gaps between talent smaller than in the Premier League, making for more balanced games and moments. That smaller gap between talent makes the league much tougher to handicap than the first division. There’s always a significant separation between top to bottom by the end of the season but rarely does a Championship campaign seem predictable when the season begins.

For American soccer fans, the Championship offers plenty to watch in the new season and that starts with Huddersfield Town hosting Burnley in Friday’s opener.

Midfielder Duane Holmes will line up for Huddersfield Town again this season, with the West Yorkshire club aiming to go one step further than they did in 2021-22. Huddersfield finished third in the standings, losing to 4th-place Nottingham Forest in the promotion playoff final. Holmes made 26 starts for the Terriers in 2021-22 and logged more than 2,200 minutes.

USMNT goalkeeper Ethan Horvath is back in the Championship going on loan from Forest. Luton finished 6th last season and could threaten for promotion again. Also in the mix is Daryl Dike’s West Bromwich Albion. Dike joined the club from Orlando City via a permanent transfer in January, but an injury limited him to just two games. Another opportunity to get back to the Premier League starts against Middlesbrough on Saturday. Boro is Zack Steffen’s new club, joining on loan from Manchester City this summer. American fullback Matthew Olosunde, a product of the New York Red Bulls academy, starts his second season with Preston North End.

Josh Sargent and Sebastian Soto’s Norwich City start the season as a potential favorite, normally the case for a club joining the league from the Premier League. The Canaries finished last in the Premier League in 2022-23 but have the necessary talent to go right back up to the top division. Seeking their third promotion in five years, Norwich sits squarely in the league’s upper echelon when it comes to spending, a clear advantage at any level.

One of the best stories of the new year is Sunderland. A club with 86 years of history in the top division of English football tumbled down the pyramid via consecutive relegations in 2017 and 2018 and is now back in the second division following a promotion playoff triumph in League One last year. American midfielder Lynden Gooch has been a constant with the Black Cats through that period, logging 180 appearances for the club since 2017. He again figures to be a major part of Sunderland’s season as the club tries to reclaim a place in the Premier League.

Even with a World Cup-mandated break in the 2022-23 edition, forty-six games spread over just over nine months is a gauntlet. The Championship makes clubs that want a place in the most famous league in the world work for the reward. With that prize on offer, every game matters.

Photo by Will Matthews – PA Wire via ZUMA Press – ISIPhotos.com