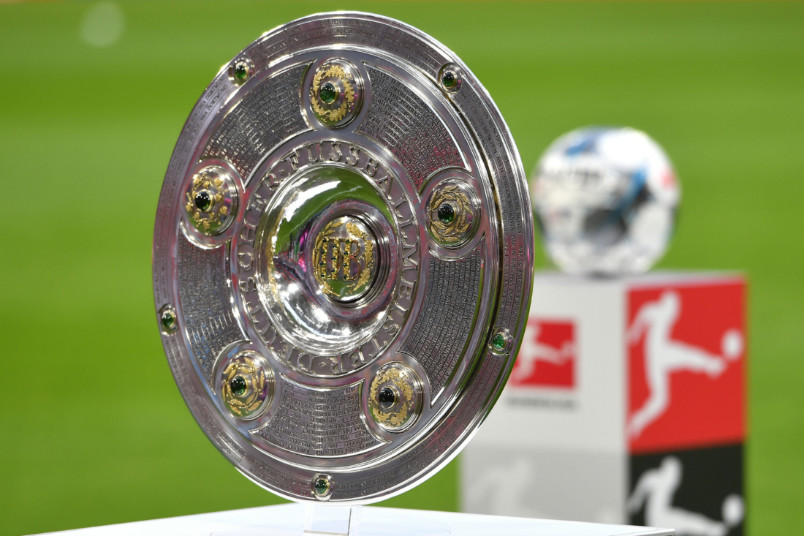 By Charles Boehm – WASHINGTON, DC (Jul 28, 2022) US Soccer Players – Several USMNT players are set to embark on new club campaigns as the Bundesliga’s 2022-23 season looms, but first it’s the latest in a familiar story in Germany’s topflight. Saturday brings the Supercup clash at Leipzig’s Red Bull Arena between reigning league and cup champions Bayern Munich and RB Leipzig, the 12th consecutive time Bayern has played for the trophy and 10th as defending Bundesliga champion.

For the league, this summer marks a full decade of ongoing dominance for Bayern, its unquestioned giant. During this latest era of titles, they also reached seven DFB-Pokal finals, winning five of them, and three UEFA Champions League finals, tasting victory twice.

This long string of superiority would seem to cast a shadow over an otherwise thriving league in western Europe’s most populous nation. Only once has the gap between 1st and 2nd-place in the final standings been less than eight points, when Borussia Dortmund finished just two points back in 2019.

Unsurprisingly, prognosticators have widely tabbed Bayern, who’ve won 18 of the last 24 BuLi titles, as the overwhelming favorites again for 2022-23. Dortmund tends to top the list of usual suspects to disrupt that procession. USMNT fans will once again be watching the Black-and-Yellow closely thanks to Gio Reyna, currently close to regaining full fitness after the soft-tissue problems that repeatedly disrupted his progress last season.

He’s one of the headliners on BVB’s youngish and very talented roster. That group has become an inviting shop window for some of Europe’s biggest clubs seeking the next big thing. Dortmund’s ongoing mission is to cultivate that process while still finding a way to surpass Bayern in the league race. It’s been quite a difficult balance, last achieved when Jurgen Klopp was coach.

It’s a testament to German footballing culture that the league still serves up engaging storylines even when its top honor has so rarely been in real doubt.

In May, Stuttgart, led by American coach Pellegrino Matarazzo, safeguarded their Bundesliga status in the dying minutes of the final day of the season, dodging the relegation playoff with a last-ditch goal from captain Wataru Endo. Meanwhile two proud heavyweights fallen on hard times are making their return to the top flight as promoted sides: Schalke 04 and Werder Bremen.

USMNT striker Jordan Pefok has signed on with another notable BuLi head-turner, Union Berlin, one of the top flight’s most intriguing members. A quirky and fiercely grassroots-oriented club, Union were scrappy lower-division survivors in the decades after German reunification. Their bonds with their supporters are such that the fans literally pitched in with construction work on a 2008 stadium refurbishment to save money. On another occasion the faithful were even asked to donate blood to raise funds during a cash-strapped period.

Three years ago, Union finally reached the top tier for the first time, and it made itself at home. Qualifying for the UEFA Europa Conference League playoff round as the 7th-place finisher in ’20-21 was a striking achievement. Last season Union incredibly went even further, 5th-place and a Europa League. Now the cult heroes have added Pefok to help them sustain that success in the wake of Taiwo Awoniyi’s $21-plus-million sale to Nottingham Forest.

Defender Timmy Chandler features for another plucky upstart that bears watching in ’22-23. Long a mid-table team, one that tasted the second division as recently as 2012, Eintracht Frankfurt has been a breath of fresh air lately. Die Adler “The Eagles” surged into 5th-place in 2021, taking their spot in the Europa League.

Eintracht pulled off a litany of upsets in the knockout stages, beating Zenit St Petersburg, Real Betis, Barcelona, West Ham, and Rangers en route to its second-ever continental trophy and first since 1980. Even though its final domestic spot slipped to 11th, the Eagles get to test themselves in the group stage of the Champions League. That’s a sweet opportunity for Chandler, now 32, and his teammates, among them Germany’s World Cup hero Mario Gotze, who’s returned from a stint in the Netherlands with PSV.

Eintracht is now at a roughly similar place in the pecking order to Borussia Monchengladbach, home to another US fullback, albeit one at a much different stage of his career. Still just 19, Joe Scally is now familiar with the Bundesliga’s demands and will seek to build on his promising debut season with Gladbach’s first team. Die Fohlen “The Colts” are considered by some to be a sleeping giant in German soccer, with an illustrious history and flashes of excellence like their 4th-place finish in 2019-20.

It’s one of a few clubs that could realistically aim to go toe to toe with Bayern if everything falls into place. USMNT watchers will recognize new coach Daniel Farke, who worked with Josh Sargent at English side Norwich and with Christian Pulisic at Dortmund.

Ricardo Pepi’s FC Augsburg faces questions further down the table. FCA has staved off relegation for several years running. Consolidating those achievements with a climb into mid-table appears to be job one for new boss Enrico Maassen, freshly arrived from Dortmund’s reserve team. The young coach is said to be implementing a more aggressive attacking philosophy on what has been a defense-oriented side.

The Bundesliga has shown that it’s possible, if difficult, for such clubs to rocket up the pecking order and turn heads with new ideas and fresh faces. Based on the past decade, flying high enough to knock Bayern off their perch may well be the toughest mission in European soccer.