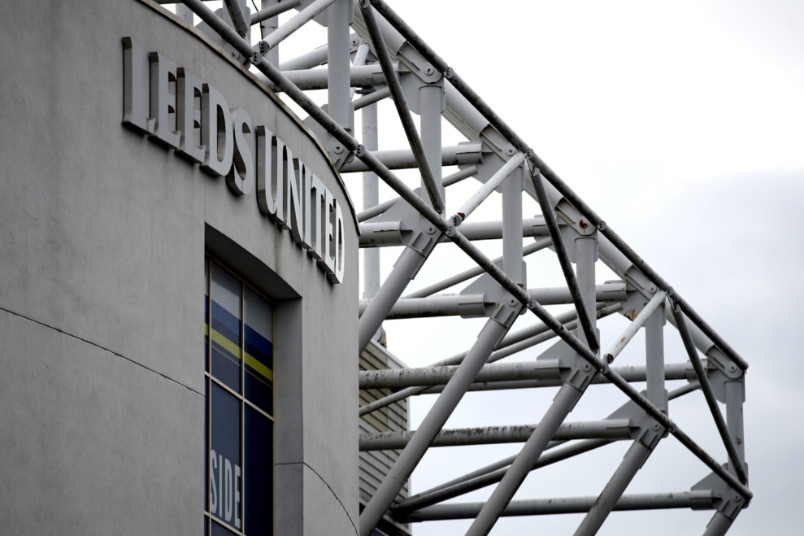 By Charles Boehm – WASHINGTON, DC (Jul 21, 2022) US Soccer Players – One of England’s most tradition-rich clubs has picked up an American accent heading into the 2022-23 Premier League campaign. After avoiding relegation in May, Leeds United head coach Jesse Marsch is in the final weeks of reworking the roster for his first full season in charge.

Most notably, Leeds has spent millions to acquire USMNT players Brenden Aaronson from Red Bull Salzburg and Tyler Adams from RB Leipzig. That makes it clear why so many people on this side of the Atlantic are paying close attention to Leeds United.

After a 17th-place finish and the harrowing saga it took to achieve it, 2022-23 figures to be a season of great risk and reward alike for all involved.

Leeds is a one-club city with passionate supporters who weathered nearly two decades in the wilderness of the lower divisions. Even before Marsch’s arrival, American audiences got a taste of that story via “Take Us Home: Leeds United,” the Amazon documentary series that followed their long-awaited return to the Premiership under Marcelo Bielsa.

The influential Argentine manager’s shadow still lingers, achieving not only promotion but a 9th-place finish in 2020-21. His name is likely to be chanted in the stands at Elland Road for years to come. Marsch has sought to move the team towards his own philosophies while holding onto the positive aspects of that legacy. The peaks and valleys of his first few months in charge showed that’s no simple task.

Aaronson and Adams will be key in this regard. Early signs suggest both are in contention to play significant roles. Their youth, energy, and intensity make them ideal components for Marsch’s style. They’re joined by several other prominent summer arrivals like center midfielder Marc Roca, winger Luis Sinisterra, another Red Bull alumnus in right back Rasmus Kristensen, and young Manchester City prospect Darko Gyabi. Leeds has both money to spend and big shoes to fill thanks to the lucrative transfer sales of Kalvin Phillips and Raphinha, two huge components of its formula the past two years.

A handful of other players are also back from loan stints, making for a competitive atmosphere in Marsch’s first preseason. Currently on tour in Australia, Leeds is working toward opening day on August 6 with improved defending ranking highly on the to-do list. After allowing a respectable 54 goals against in their first year back in the topflight, only relegated Norwich conceded more than Leeds’ 79 last season. Several games escalated into blowouts as opponents came to grips with United’s high-octane, high-risk, man-marking system and exploited its weaknesses.

Marsch has often preferred a 4-2-2-2 formation at his previous clubs, a shape designed to maximize the pressing and counter-pressing principles that have guided him since he took over the New York Red Bulls in 2015. However, recent reports suggest Leeds will start from a 4-2-3-1 with hard-running fullbacks roaming forward to provide attacking width. The fundamental focus remains on controlling tempo by disrupting opponents’ passing patterns and imposing a direct, physical tone.

Phillips, a beloved local product, was a vital cog at the base of midfield. His keen tactical awareness and cultured passing range elegantly linked attack and defense. Raphinha was a quicksilver dose of creativity along the right flank, Leeds’ most dangerous individual player on the ball. Replacing their contributions might be the most pivotal question for this group. Adams and Aaronson are central to what Marsch would like the answer to be.

So what can Leeds reasonably expect this season? That’s even more difficult to gauge than usual. Survival in the top division is the baseline goal, and the stress of ensuring that last time will linger. With that in mind, it’s easy to assume that some would probably trade that drama for a comfortable mid-table finish next May. In the longer run, is Leeds a sleeping giant which has only begun to rise towards its proper status?

This was a club with realistic hopes of Champions League honors in the 1990s before their fiscal meltdown. That feels like a long time ago to most observers, especially considering the enormous amounts of money and attention that have flooded into the Premier League since then. Memories are longer among the faithful, though.

Marsch’s initial hiring brought with it both support and skepticism. While Marsch did the work to change opinions, the reality is that results on the pitch are far and away the most decisive factor. All will be watching closely to see how the growing US influence works in practice.