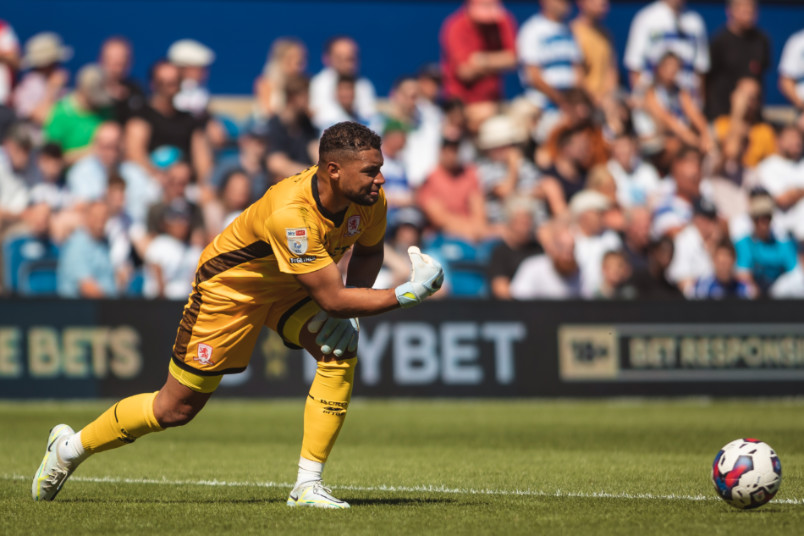 By Clemente Lisi – NEW YORK, NY (Aug 8, 2022) US Soccer Players – Another European club season is already upon us, even if it feels like it crept up on everyone, starting sooner to accommodate the lengthy break in November and December for the World Cup. As has been the case for several years now, Americans will play a major role for clubs across the continent.

While several Americans already playing in Europe made transfer market news this summer, there were also significant loan deals. USMNT goalkeeper Zack Steffen completed a loan move that takes him from Manchester City to Middlesbrough. “Everyone knows his situation. He needed to play because of the World Cup,” Middlesbrough manager Chris Wilder said in a press statement.

While all eyes will be on USMNT players at some of Europe’s biggest clubs, there are several Americans, either new to Europe or who switched teams, that are worth keeping an eye on over the next few weeks ahead of the World Cup and throughout the 2022-23 European club season. Here are five, all of whom switched teams this summer, to watch in Europe this season:

The 26-year-old striker keeps scoring after his move to the Bundesliga, already contributing to a Union Berlin club that finished 5th in the Bundesliga last season and will compete in the Europa League this year. It’s an upward trajectory for the player and the club, with Pefok’s arrival bolstering an attack that could very well see Union Berlin pushing for a Champions League spot.

Americans seem to be trending back to the Premier League in an era where there’s a USMNT presence in all of Europe’s top five leagues. The Premier League is a must-watch on American television, meaning the more Americans there, the better, given the league’s reputation and global marketing reach. The 28-year-old Turner will have the chance to test his goalkeeping skills across the pond after a strong 2021 season with the New England Revolution. Now at Arsenal, Turner is the backup for an elite club.

Aside from being a strong shot-stopper, Turner can play the ball with his feet and is composed in goal. His new club plays a high line and likes to create offense from the back. Turner will certainly fit into the tactical setup as he competes to get minutes this season.

Steffen can certainly give Turner some advice on what it means to be a backup in the Premier League. He’s been a member of Manchester City roster since 2019, spending the first season on loan to Germany’s Fortuna Dusseldorf before becoming the backup at City. That meant being ready to step in when needed, but otherwise playing in just two league matches and the domestic cups.

The 27-year-old goalkeeper moved to Middlesbrough this summer on a loan deal with a chance to start in the Championship. It will be interesting what he can do week in and week out on a team looking to earn promotion this season.

One of the most exciting midfielders on the USMNT, Aaronson has traded the red-and-white of Red Bull Salzburg for the Premier League after the club had tried unsuccessfully to sign him last January. At Leeds, Aaronson brings with him the talents needed to make coach Jesse March’s 4-2-2-2 system work to great effectiveness. The 21-year-old is good on the ball, and has the creativity needed. Leeds survived the drop last season but could strive for mid-table or even something more.

Adams also signed with Leeds this summer after playing the last three seasons with RB Leipzig, joining Aaronson in adapting to England’s topflight. That’s no small thing, something that can require time that’s at a premium early in this unique season.

Adams, 23, brings with him speed and the ability to track back. He makes Leeds a better team and gives them assurances in defense and when it comes to creating goals, two areas they needed improvement on. In attack, Adams can also score goals, headers are his strength, in what can really be a big season for Leeds.

It was not long ago that USMNT players excelled in England. That trend subsided, with the Bundesliga taking its place. Now, Americans in England is back in vogue. For many players who changed teams the past few weeks, it will once again represent a referendum on Americans, especially those in the Premier League.