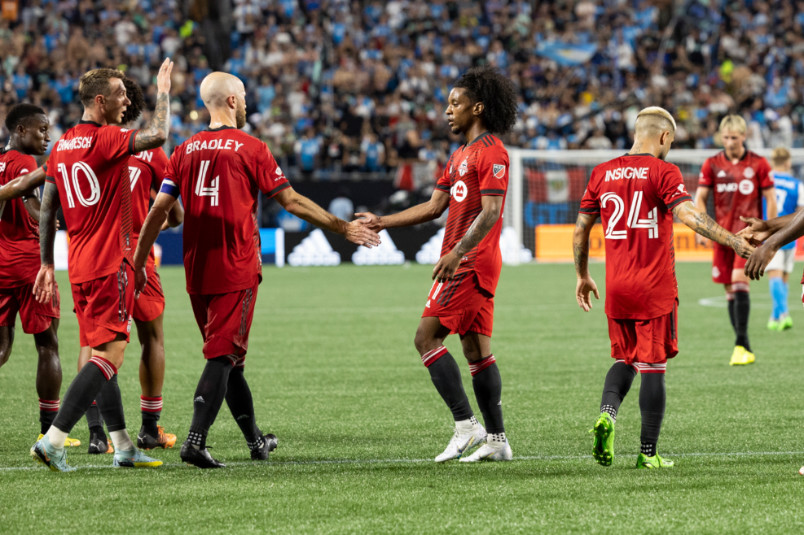 By Clemente Lisi – NEW YORK, NY (Aug 29, 2022) US Soccer Players – The summer months have seen trends and story-lines emerge in Major League Soccer, but one thing is now certain. September is the time for teams to reach top form ahead of the playoffs.

It’s the time where squandered points back in June could come to haunt a team down the stretch. It’s also when teams need to put together winning streaks to make up ground to get a favorable playoff seeding. This past Friday’s games, most notably Austin FC’s 4-1 win against Los Angeles FC, are the start of such high-stakes encounters.

The momentum that some teams have achieved and others are looking to latch on to could be broken by the coming international break. The MLS schedule gets lighter towards the end of the month to accommodate matches such as the USMNT’s friendlies against Japan on September 23 and four days later versus Saudi Arabia, but that requires a quick shift in focus for the league’s national team players.

Add to the mix the fact that the month also features several top-notch games outside of league play. The US Open Cup final on September 7 has Orlando City at home against USL side Sacramento Republic FC and the Campeones Cup final a week later sees New York City FC against Liga MX champions Atlas. The Leagues Cup Showcase, featuring FC Cincinnati, SC Nashville, and Real Salt Lake against Liga MX teams also takes place near the end of the month.

As the MLS regular season enters its final stretch, here are five league games you can’t miss in September:

The Philadelphia Union has dominated the Eastern Conference for much of the season, but Montreal is looking to lock in the second seed. In order to do so, they will need points against tough clubs like Cincinnati FC. Currently just a point behind the playoff line, they’re within reach of the three clubs ahead of them.

CF Montreal’s Romell Quito has been bagging goals galore this season, propelling them into the postseason. On the Cincinnati side, Brandon Vazquez has emerged as one of the league’s best scorers this season. It should be fun to see these two players go head-to-head in a game that could have broader ramifications in the East.

Austin has been a joy to watch, while Seattle has struggled this regular season. Austin FC’s Sebastian Driussi has become the front-runner for MVP with his play. Josh Wolff’s squad is hitting its stride at just the right time. The game versus the Sounders will be one of those tests for Austin, still threatening LAFC for the top of the conference.

Meanwhile, Seattle has finished second in the Western Conference in the last five years. They face an Austin team looking to replace them in the pecking order. The Sounders are currently trying to string together enough wins to get over the playoff line and into that seventh spot. It won’t be easy, but never underestimate any team coached by Brian Schmetzer.

It’s another Western Conference encounter on this list, and no surprise given just how tightly packed the playoff hunt is this season. Both the Galaxy and Whitecaps are in the conversation to reach the postseason, with LA in 7th-place and Vancouver three points behind in 9th. By the time we get here, this game should be a must-win for both teams.

The Galaxy has fallen on hard times as of late. However, signing Uruguay international defender Martin Caceres on a free transfer could help. Also adding Riqui Puig from Barcelona and Gaston Brugman from Parma should bolster a midfield that has looked lethargic all season.

The New York derby is always a hotly contested affair, and this one at Yankee Stadium should be no different. The defending MLS champions have been hot and cold all season and are just a single point ahead of the Red Bulls in the standings.

It doesn’t matter, however, where in the standings these sides are. Both should make the playoffs and know that winning this game is a psychological boost that can only benefit the winning side heading into the fall. NYCFC understands something about momentum after last year’s title run, but repeating all that could prove difficult this time around.

This could be the best match of this bunch, given how competitive the two sides have gotten over the course of the summer. Left for dead after just a handful of games into the season, both Toronto and Miami have looked formidable. One has to wonder if both can maintain that form heading into this game.

After the arrival of Italian players like Lorenzo Insigne and Federico Bernardeschi, Toronto might be the biggest potential MLS Cup contender currently outside the playoff positions. Bob Bradley’s side has looked impressive, as has Inter Miami, and that should make for a strong encounter to close out the month.