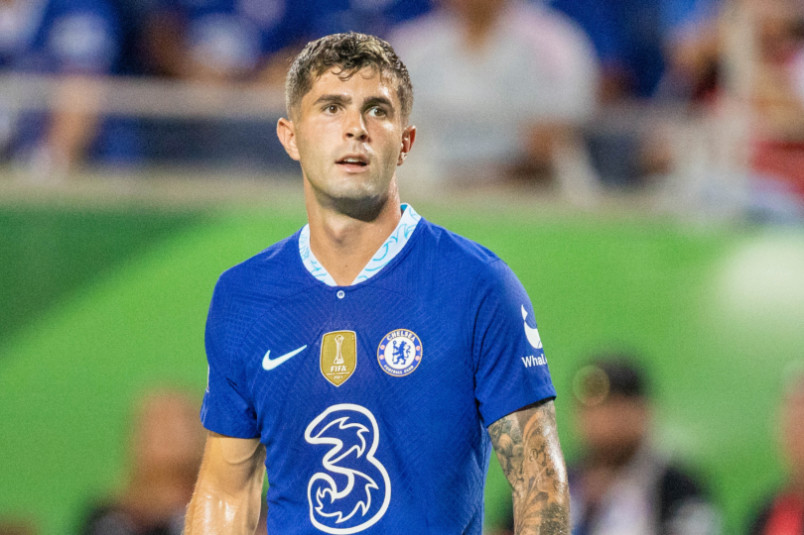 By Jason Davis – WASHINGTON, DC (Aug 3, 2022) US Soccer Players – In a lot of ways that matter, London is the center of the soccer-playing universe. The greater area famously boasts the most professional teams of any city on the planet, with a concentration rich enough that any given Premier League table is likely to have a quarter of its teams come from the capital. The 2022-23 Premier League season will include seven London clubs: Chelsea, Arsenal, Tottenham, West Ham, Crystal Palace, Brentford, and Fulham, with Fulham back in the top division after a season dominating the Championship.

The Premier League is a series of anxiety-inducing swings from week to week that adds a winter World Cup break in 2022. That means a long period of idle time which clubs now have to figure out how to use to their advantage. The post-World Cup period, representing more than half of the schedule, will have a “Clausura” vibe with renewed energy poured into the proceedings.

Two of London’s clubs share a borough but begin the new season with very different goals. The West London pair of Chelsea and Fulham both call Fulham home, with their stadiums just a mile apart. There’s something else that now ties the clubs together: American ownership.

Fulham’s owner Shahid Khan has spent millions in the past to lift his club back to the Premier League only to see it go down again. Chelsea’s new American-led ownership group under chairman Todd Boehly confronts the demands of a fan base used to the club spending heavily. Both clubs are wrestling with the imminent question of spending, specifically “How much?” and “To what end?”

The Craven Cottage faithful will hope this year ends Fulham’s recent back and forth between the first and second divisions. Their 13-season run in the topflight ended in 2014, getting back to the Premier League in 2018 but not spending consecutive years in one division since. The series of alternating promotions and relegations are not only whiplash-inducing, they require league-dependent rebuilds.

Manager Marco Silva brings a team into the Premier League that demolished the competition in the second division in 2021-22 when Fulham finished atop the Championship thanks to a haul of 106 goals in 46 games. Striker Aleksandar Mitrovic scored 43 times on his own. USMNT player Tim Ream, a stalwart at the back who played a whopping 46 games for the club in the Championship, figures to play a large role in the Premier League season. Fullback Antonee Robinson is one of the bright young stars of the club, a dynamic force on the wing both in and out of possession.

The problem for Silva and Fulham is that there’s little chance they can transfer last year’s scoring output to the Premier League. Fulham’s high-flying attacking style will need to give way to a more pragmatic approach. Unfortunately, the schedule isn’t doing Fulham many favors.

Fulham opens against Liverpool in London and will face Manchester City and Manchester United in the final two games before the break. Without a buffer of points between them and the relegation zone, the break might bring some panic to West London.

At Stamford Bridge, expectations are high but hard to pin down specifically. Chelsea is, after all, a recent Champions League winner with nearly two decades of competing at the highest levels both domestically and internationally. The Blues will again participate in the Champions League in 2022-23 after a 3rd-place finish last season and should have a decent chance at winning the trophy again. Under its new ownership, the club is in a familiar situation in pursuit of Manchester City and Liverpool in the quest for the league title.

So far, Chelsea has most notably added Raheem Sterling to the attack and Kalidou Koulibably to the defense. Manager Thomas Tuchel has a talented group of players at the front of formation that includes American Christian Pulisic. With USMNT defender Matt Miazga also with the club, Chelsea added another American to its player rolls this week by signing goalkeeper Gabriel Slonina from Chicago. Slonina will play out the MLS season with the Fire before leaving for Chelsea in the winter. He’ll join a squad that will have a better understanding of what it takes to chase a championship and a continental title in 2022-23.