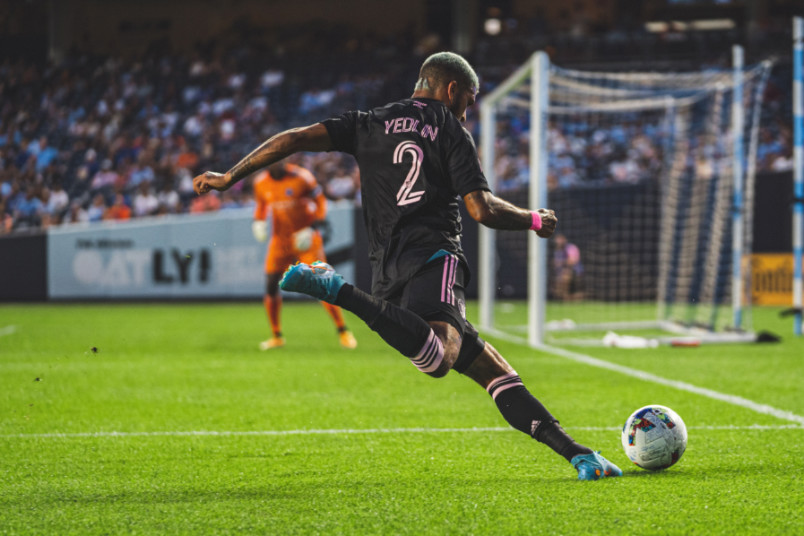 By Jason Davis – WASHINGTON, DC (Aug 10, 2022) US Soccer Players – At the risk of being too cute, let’s start with a question: What is the MLS All-Star Game? Maybe more specifically, what is the point of the MLS All-Star Game? Simply put, the point is to showcase the league’s best talent. MLS shows the best it offers so it can capture the attention of new fans and spark engagement in the existing ones.

From the very beginning, MLS took a liberal approach to the format of the All-Star Game. Traditional American-style conference vs conference games dominated for more than a decade, but the league also held special “MLS USA vs MLS The World” and early “MLS vs Guest” versions. That included a match against the USMNT following that group’s thrilling run to the quarterfinals at the 2002 World Cup. Several of the USMNT’s most important players played their club soccer in MLS at the time. The game served as a chance for the still-young league to highlight its role in America’s best World Cup finish since 1930.

The league also had an All-Star roster with players who had either suited up for the USMNT or would soon. That included starters Tim Howard, Carlos Bocanegra, Steve Ralston, and Taylor Twellman. Jason Kries, Wade Barrett, Joe Cannon, and Chris Klein, all players with USMNT experience, would enter off the bench.

If the score of an exhibition game matters at all, then it’s worth noting that the MLS All-Stars, with their cadre of Americans, beat the USMNT 3-2 in front of 31,000 at RFK Stadium. It was a win for MLS, but it would have been that regardless of the scoreline.

Though 2002 was likely the pinnacle of American representation in the MLS All-Star Game, no season has passed without domestic players standing at the center of the festivities. Recent changes to Major League Soccer’s approach to spending and player acquisition have tilted the balance towards players born outside of the United States, but improvements in MLS academies are giving young American players chances to move up through the ranks in ways that didn’t exist 20 years ago.

Some of those players are pushing their way into the All-Star conversation. A core of veteran American standouts is also there serving as the domestic backbone of the league. Whatever MLS has lost in total American representation, it has made up for a rise in the quality of the Americans in the league.

This year’s All-Star Game is a reminder of the significant role MLS plays for the USMNT. Players both past and present for the USMNT dot the MLS roster for a match again the best of Liga MX.

The MLS All-Star team has eight US internationals, including Nashville center back Walker Zimmerman and Red Bulls center back Aaron Long. Both players have MLS Defender of the Year awards on their resumes and figure to be involved in the USMNT effort in Qatar.

Inter Miami fullback DeAndre is in St Paul after earning a place in the All-Star team in the first half of his first season back in MLS. MLS Cup-winning goalkeeper Sean Johnson is there, too, getting well-deserved recognition for his excellence in new for the league champions.

Further up the field, Columbus midfielder Darlington Nagbe is at his second All-Star Game. FC Dallas attacking duo Jesus Ferreria and Paul Arriola, both crucial pieces in World Cup qualification, played their way into the All-Star team. Seattle forward Jordan Morris, like Ferreira and Arriola, made the All-Star roster for the first time this season.

The American contingent will share the field with some of the league’s most successful international imports. MLS hopes that combination will check several boxes at the league goes up against a group of players selected to represent Mexico’s Liga MX for the second year in a row.

MLS and Liga MX are promoting the USA vs Mexico rivalry in new and unique ways, with the switch in the format of the All-Star Game as just one example. That new leveraging of USA vs Mexico only makes the presence of American players in the All-Star team all the more important.

The All-Star Game isn’t the most important event Major League Soccer puts on every season, but it clearly has value. It stands as a reflection of the league in any given season, not just in the way MLS hopes to reach new audiences but in the quality of its players.