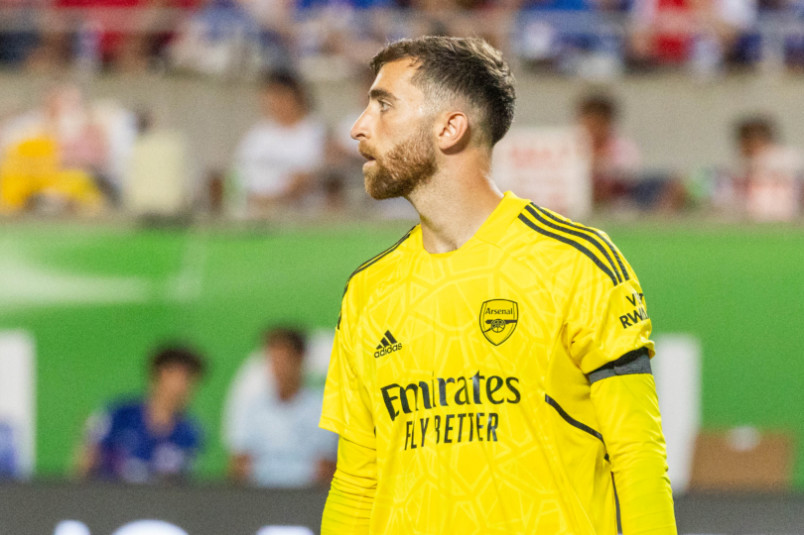 By Charles Boehm – WASHINGTON, DC (Aug 4, 2022) US Soccer Players – Thanks to the presence of defender Chris Richards with the home side and visiting goalkeeper Matt Turner, Friday’s Crystal Palace vs Arsenal game is both a curtain-raiser for the Premier League and a signpost of the Premiership’s steadily growing US ties. Richards and Turner just picked up London addresses via summer transfers.

With the autumn World Cup looming, both these USMNTers are juggling risk and reward as they dive into their inaugural EPL campaign. Richards’s move from Bayern Munich to CPFC brings to a close his three and a half years on the books of the Bavarian giants, albeit much of it spent on loan at Hoffenheim. At 22, he looks primed for this next step forward at a club where USMNT coach Gregg Berhalter spent a year and half of his own playing career.

Richards earned regular minutes for Hoffenheim and made four starts during the USMNT’s World Cup qualifying process. His new manager Patrick Vieira seeks to stoke competition within the squad in pursuit of a higher spot in the table.

Vieira’s stint in MLS gives him a deeper appreciation of US talent than most, and his solid first year at Palace offered some parallels with his time in charge of New York City FC. The Eagles evolved to a more fluid, proactive playing style, steered clear of relegation trouble, and making the semifinals of the FA Cup while shifting the roster in a more youthful direction. All in all it was enough to spark optimism of reaching for something bigger in 2022-23.

“A good season would be to improve ourselves on last year,” Vieira said this week. “Players, individually and collectively, we want to be in a better place, play better football, be more competitive. That has to be the challenge for us. We have to raise the bar and be more demanding on ourselves to be more competitive.”

Climbing into the EPL aristocracy, becoming a club that can realistically aim for European qualification, is both a logical next target and a daunting one. Palace has made itself at home in the top flight over the past decade without mounting that kind of attack on the upper end of the standings. With relatively modest spending and sensible operations, they’ve finished between 10th and 15th every season since arriving in the Premiership via the Championship playoffs in 2013.

One key piece from last season is gone, with Conor Gallagher returning to Chelsea after a productive loan stint. CPFC’s hopes of progress may hinge on other attacking threats beyond Wilfried Zaha, a key factor in the pricey acquisition of Cheick Doucoure from Lens.

The ambitions run a little higher and hotter at Arsenal, a longtime heavyweight who has stumbled in recent years. The Gunners consider a top-four finish and the accompanying UEFA Champions League qualification a baseline expectation. It’s one they fell agonizingly short of with last season’s 5th-place finish, their sixth straight year outside the UCL places. Towards that end, they’ve splashed well over $100 million in transfer fees this summer to add Turner, Gabriel Jesus, Fabio Vieira, Oleksandr Zinchenko, and Marquinhos to the squad.

For manager Mikel Arteta, this represents not only an injection of on-field quality but also winning mentality. Jesus and Zinchenko tasted myriad successes at Manchester City, where Arteta was an assistant under Pep Guardiola before returning to take the AFC helm in December 2019. It’s hoped that their experience combined with the maturation of the younger members of the group can restore the confidence and consistency of the club’s peak years under Arsene Wenger.

Arteta has also praised Turner for a promising start to his Gunners adventure, calling the USMNT goalkeeper “an extraordinary character, a lot of personality and he’s great at what we want.” With Aaron Ramsdale starting, a big question is whether the league-heavy beginning to the World Cup-adjusted schedule will open up enough opportunities for Turner to compete for first-team minutes before Qatar. Carabao Cup and FA Cup action often offers playing time for backup keepers, and those tournaments have been pushed back this season. Turner won’t mind an underdog situation, considering his incredible path to this point.

With the rest of the week 1 games set for Saturday and Sunday, Friday’s curtain-raiser should receive the full attention of viewers around the world. Even at the dawn of an unprecedentedly long season, Palace and Arsenal will recognize the importance of seizing this chance for an auspicious start.