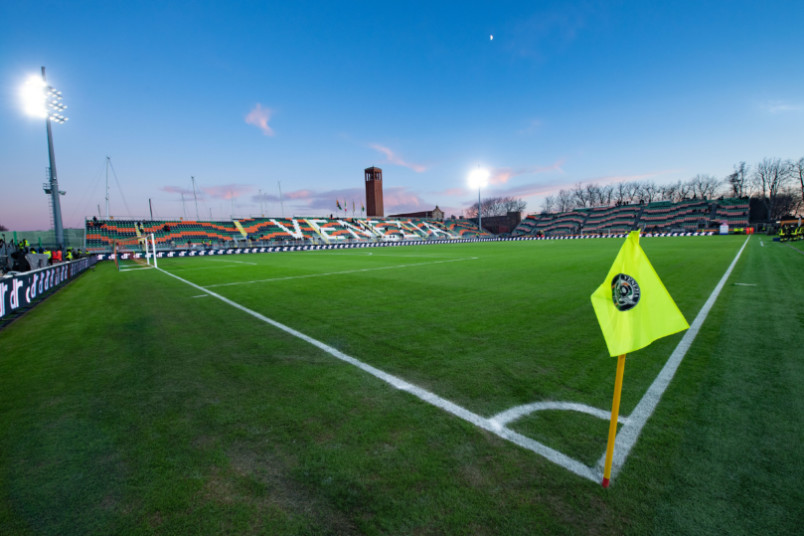 By Clemente Lisi – NEW YORK, NY (Aug 1, 2022) US Soccer Players – While top American talent playing in Europe isn’t new, signing with clubs in the higher echelons of Italian soccer is a more recent development. That adds Italy to the mix of preferred landing spots for USMNT players in Europe. Particularly a club now in the soccer-mad country’s highly competitive second division.

Italy’s Serie B, the 20-club second division, will have an American flavor this season thanks to Venezia FC’s five Americans: midfielders Gianluca Busio, Tanner Tessmann, Jack de Vries, and Patrick Leal, along with striker Andrija Novakovich. Serie B has had US players in the past, including Novakovich, who has plenty of experience in the second tier with Frosinone. Still, it’s not a league that normally features Americans.

It also has its own level of difficulty. Unlike the topflight, where only a handful of teams compete for the title, there are often ten or so clubs in the picture for promotion. That should include Venezia this season, along with Cagliari and Genoa, who also failed to avoid the drop from Serie A last spring. Venezia finds itself in the unique position of having American talent to try and navigate that tricky schedule.

Serie B, as players over the years have learned, can be a slog. Each team plays a 38-match schedule over the course of nine months. The top two teams automatically earn promotion to the topflight. The remaining six enter a bracket-format playoff for the final spot in Serie A.

With the story of how Venezia rebuilt itself under Duncan Niederauer’s ownership well known at this point, it’s perhaps worth the reminder that they won promotion in 2021-22 as the 5th-seed, knocking out the 4th and 6th-seeds en route to the topflight. While the pandemic season was certainly unique across professional soccer, last season also saw a lower seed taking the playoff route to Serie A. 4th-seed Monza beat 3rd-seed Pisa. While Spezia won the playoffs in 2019-20 as the 3rd and highest seed, they beat Novakovich’s 8th-seed Frosinone in the final. That adds to the pressure to avoid the playoffs entirely.

Venezia coach Paolo Zanetti, who at 39 is among the youngest in Italy’s professional game, is trying to put together a group that can compete with the elite in Serie B. In addition to the Americans on his roster, he has a mix of international and Italian players, including last season’s leading scorer Thomas Henry with nine goals and Mattia Aramu with five assists to go with his seven goals.

Last summer, the team broke its transfer signing record with Busio’s arrival from Sporting Kansas City for $6.5 million Tessmann had joined the club a month earlier from FC Dallas. De Vries followed from Philadelphia on loan. Their first year back in Serie A may have ended in relegation after finishing in last place, but the competitiveness was there. The club was four points from safety, turning around a losing streak by finishing with a win and two draws.

It was Busio sending a message of intent this season by signing an extension. “Especially after getting relegated last year, I wanted to be part of the team that will fight for promotion and I am really excited for this year,” he told his club’s official site. Pinning its hopes, at least in part, on its Americans, Venezia will face challenges from the other relegated teams as well as favorites like Parma and Benevento.

Serie B clubs get their first games that count in 2022-23 in the Coppa Italia this weekend, with Venezia opening at home against Ascoli on Sunday. A week later, it’s Genoa at home to start the Serie B season. That’s the team that finished a point ahead of them in Serie A, a quick indicator of where both of them now stand in a different league.

As the transfer period continues through August, it’s possible Venezia could still make moves. One thing is already clear for its group of American players. They’ll be in a position to help an Italian club with an international profile push towards promotion this season.