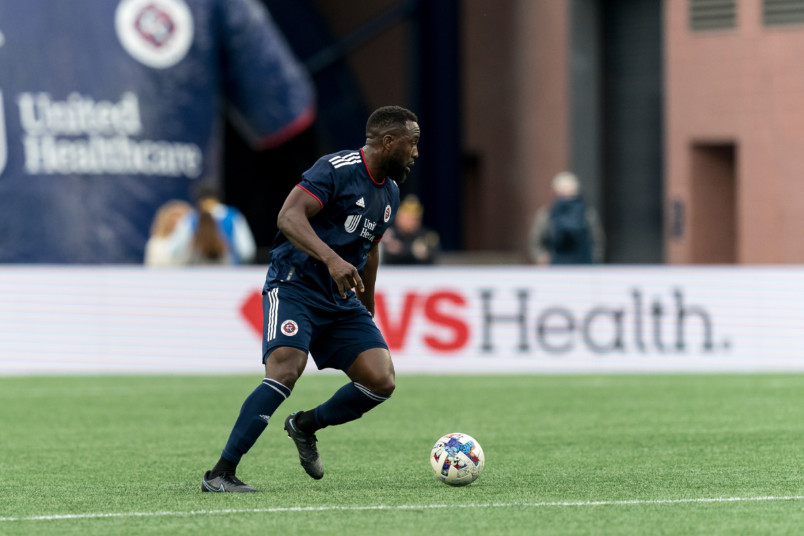 By Charles Boehm – WASHINGTON, DC (Aug 11, 2022) US Soccer Players – Jozy Altidore’s late-July loan to Club Puebla turned heads in Major League Soccer and Liga MX. Beyond the element of transfer-window surprise around the veteran striker’s move from the New England Revolution, there was also the basic rarity of such a transaction in recent history.

A decade on from a time when the national team regularly called up half a dozen players from Liga MX, with more on the radar, USMNT players have become a much less common sight in Mexico’s topflight. It’s a strange exception to the wider trend of growing ties between MLS, USL, and their counterparts in Mexican club soccer.

A glance back at the 2014 World Cup qualifying cycle shows what it was once like with Herculez Gomez, DaMarcus Beasley, Edgar Castillo, Jose Francisco Torres, Michael Orozco, and Joe Corona playing in Liga MX and getting USMNT minutes. You’d be hard-pressed to find a single Liga MX-based player involved in the road to Qatar 2022. Sebastian Saucedo was the only Mexican-based contributor to either of the past two Olympic qualifying efforts, taking part in the US Under-23s’ unsuccessful bid to reach Tokyo 2020 last year. Altidore joins Ventura Alvarado as the only USMNT players in Liga MX right now.

MLS’s growth, combined with the rising profile of US players in major European leagues, seems to have reduced the Liga MX to USMNT connection.

“The exodus of US men’s national team players in Europe, that pool getting bigger, is probably a reason for it,” Gomez, who now covers soccer on both sides of the border for ESPN, recently told USSoccerPlayers.com. “With the expanded European pool in the USMNT, it’s going to value European talents…. So that’s one way to think of it, but then it hasn’t held back Major League Soccer players. So it’s definitely a good question.”

Liga MX clubs still scout actively for dual-national prospects in the United States to bring south to join their academies. The Mexican national team does as well, with Julian Araujo and Efra Alvarez the prime examples of US-developed players recently recruited to El Tri.

Yet aside from exceptions like Altidore, it seems Liga MX clubs are not quite ready to invest in prominent US imports. Not when they have grown quite comfortable shopping affordable, talent-rich markets in South America, even at the potential expense of their homegrown player pool, and even with limited roster spots allowed for foreigners. That has fostered a self-sustaining cottage industry fueled by agents and established relationships.

Strikingly, the Liga MX side that played the MLS All-Stars in Minnesota on Wednesday featured just one Mexican-born player in its starting XI, fewer than MLS’s.

Torres grew up in Longview, overlooked by the Olympic Development Program and other traditional talent-identification mechanisms that existed in the US at that time. Pachuca scouts spotted him and ushered him into their respected youth system as a teenager. That set him on the path to a successful Liga MX career that also took him to Tigres UANL, graced by a long list of league, cup, and international trophies.

He thinks he might have had a better chance at MLS academy opportunities in today’s landscape. Several clubs like FC Dallas have built substantial networks of scouts and affiliate clubs and developmental infrastructure to guide them along the path to the first team. Eventually, that can lead to a mutually beneficial transfer overseas, as in the cases of Ricardo Pepi, who, like Torres, was a dual-eligible youngster in a quiet corner of Texas, Bryan Reynolds, and others.

Journalist Jon Arnold covers Mexican soccer and the Concacaf region at large for his own “Getting Concacaf-ed” newsletter and a range of publications. He echoes the point about Liga MX’s infatuation with South Americans perceived to offer more value and less risk than other imports, including Yanks.

“For Mexican clubs, you might get more heat on you if you sign a top name from the US than if you sign some random guy from Argentina or from Colombia, these established player pathways that Liga MX teams have found success with,” said Arnold. “Of course there have been plenty of Americans that have broken through. We can even look back beyond Landon (Donovan) and Jozy going there in recent years and talk about Eric Wynalda and Marcelo Balboa and kind of the golden age. I think MLS serves as a good home for those types of players now, and Liga MX teams more recently had success with those other player pathways that they might want to use to play it safe.”

All this makes Altidore’s arrival at Puebla that much more intriguing. La Franja is known for finding success with proven players who fell out of favor elsewhere, including Gomez and Beasley. Puebla is led by Nicolas Larcamon, one of Liga MX’s rising young coaching talents, and punched above their weight over the past two seasons. An injury to striker Fernando Aristeguieta, himself a former member of the Philadelphia Union, offers a shot at regular minutes. Altidore is hungry to contribute, and his fluent Spanish skills should help him quickly adjust with a team harboring realistic title aspirations.

“Jozy has been on the cusp of a few transfers over the years on the Mexican side, some big clubs, things didn’t transpire for whatever reason,” said Gomez. “Getting a shot at a place like Puebla, that’s kind of perfect for him, because the majority of Puebla’s modern-day history, it’s been guys who have gone for second chances, guys who have gone for that second crack, second bite of the apple and what they can do with said opportunities. And more often than not, these guys take advantage of those opportunities with Puebla, for whatever reason. I was one of those guys.”

Altidore has about three months to make an impression in Mexico. The Liga MX Apertura campaign is unfolding several weeks ahead of its normal schedule to finish by the start of November and give its international players time to pivot towards the World Cup. Much like in Major League Soccer, it figures to be an intense sprint to the finish.