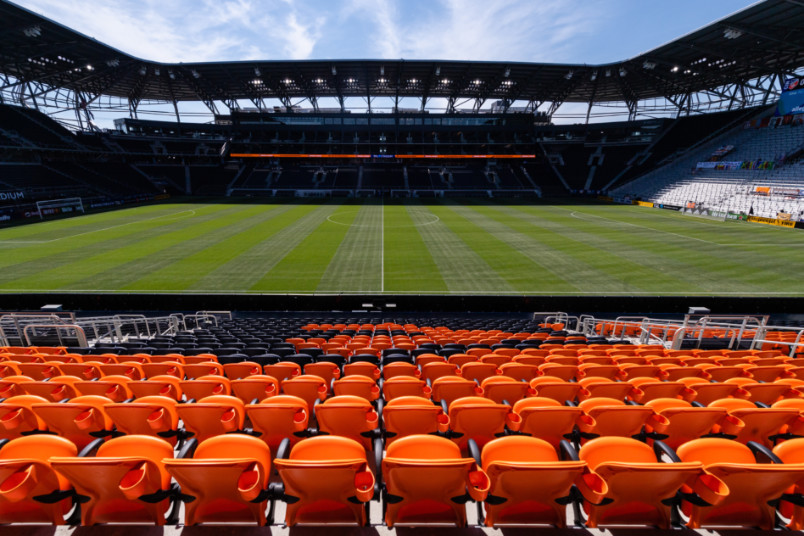 By Jason Davis – WASHINGTON, DC (Aug 31, 2022) US Soccer Players – Matt Miazga spent six years on a soccer sojourn across the island of Great Britain and the continent of Europe. Following a multi-million dollar transfer from the New York Red Bulls in 2016 to English powerhouse Chelsea, Miazga found himself featuring for clubs in the Netherlands, France, England, and Spain. His career is a vibrant example of an American soccer player making the most of a European opportunity. Few players from similar backgrounds can boast such a range of experience.

It took a tempting offer from FC Cincinnati and patience on their part to entice Miazga back to Major League Soccer. What FCC got in Miazga was an in-his-prime central defender with a library full of soccer knowledge capable of being one of the best defenders in the league. For Miazga, the move means a chance to play for an up-and-coming club with a young, dynamic head coach and the ambition to make a run at MLS championships.

“Matt is a dominant defender that has a wealth of experience internationally and across numerous leagues in Europe,” FC Cincinnati general manager Chris Albright said at the time of Miazga’s signing. “But his knowledge of what it takes to compete and win in MLS, along with his high character and mentality, are what drew us to this opportunity. We feel he’s an excellent fit to the group that we’re building, and we are delighted to bring him to FC Cincinnati.”

Cincinnati’s savvy use of the top allocation spot is worth highlighting. Though they traded out of the top spot three different times, each deal ensured that the club would jump back into the top spot each time by demanding the second spot in the order as part of any package. All told, Cincinnati collected hundreds of thousands in allocation dollars while never putting the chance to sign a player like Miazga in jeopardy.

At this critical junction, it’s not an overstatement to suggest that Miazga’s signing is an inflection point in FC Cincinnati’s season. Cincinnati signed Miazga to a contract through 2025 with a club option for an additional season using Targeted Allocation Money, ensuring the club will have his services for several years. But his readiness for minutes shortly upon arrival immediately dramatically upgraded Cincinnati’s defense with the crucial stretch run of the regular season schedule already underway.

Adding Miazga to the center back corps means FC Cincinnati is all-in on American internationals leading from the back. 27-year-old Miazga joined 37-year-old Geoff Cameron in Cincinnati, where Cameron has been the club’s backline leader since arriving in May of 2021. Together, Miazga and Cameron boast 77 USMNT caps between them. No other center back duo in the league can claim that amount of international experience.

The traits that made Miazga a Chelsea transfer target in 2016 remain as he returns to MLS. A dominant player in the air, Miazga’s time abroad honed his ability to read the game. His mobility provides FCC head coach Pat Noonan with options at the back.

Miazga has played three times for Cincinnati, each time lining up as one of three center backs in a 3-5-2. FCC head coach Pat Noonan prefers the three-center back system, having deployed it 19 times in the club’s 27 games this season. Playing with three at the back allows FCC to play with width from a pair of wingbacks. Stretching opponents from sideline to sideline allows the club’s top creator, Luciano Acosta, to find space behind a pair of strikers.

When Acosta is on and provides Golden Boot candidate Brendan Vazquez and others with quality service, FC Cincinnati is a dangerous team. Now boasting an improved defense, the playoffs seem like an achievable goal for the first time since the club joined MLS.

Cincinnati is already reaping the rewards of Miazga’s arrival, in sometimes surprising ways. In three games, all starts, he has two goals. Miazga’s 13th-minute goal against his former club helped Cincinnati to a point on the road on August 20, and a 77th-minute goal played a pivotal role in last weekend’s emotional 2-2 home draw with Columbus. Not that he needed the help, but scoring against a rival is a great way to quickly endear yourself to the fans. It speaks to Miazga’s quality that he was thrust into the starting XI so quickly.

Part of the promise of the deadline day move for Miazga was that he could help Cincinnati collect points and make the MLS Cup playoffs for the first time in its history this season. Miazga has played well and scored goals, but FCC has just three points from the three games he’s played. The pressure across the squad is rising.

Next up is a Saturday visit from Charlotte FC. The expansion side is still alive in the fight for the postseason and won’t be a pushover. Miazga and his mates in the back line will get a test from a team desperate for points, but for whom goals have been tough to come by. It’s a chance to build confidence as a unit ahead of a more difficult run of games.

A trip to NYCFC on September 7, a midweek match sandwiched between the Charlotte visit and a trip to San Jose, will give us our best indication yet whether Cincinnati’s defense is MLS Cup playoff-caliber with Miazga in the fold. For all of NYCFC’s recent slips, Nick Cushing’s team is still the defending champion, and there is plenty of attacking firepower in the lineup.

Miazga is revving up. He played just over an hour in his first two starts and went 90 for the first time in last Saturday’s derby. It’s fair to suggest we’ve yet to see what his full effect on FC Cincinnati can be.