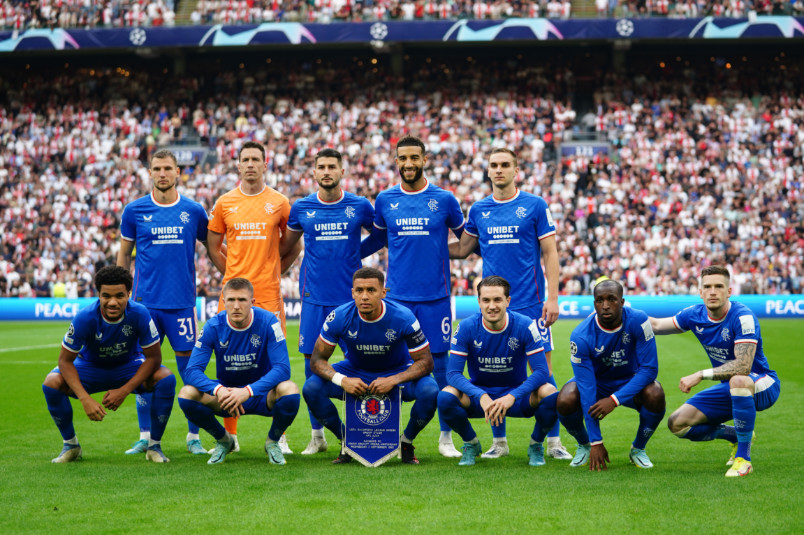 Thursday’s soccer news starts in the Champions League with James Sands and Malik Tillman’s Rangers losing 4-0 at Ajax. Tillman subbed out at halftime. Ajax opened the scoring in the 17th, adding goals in the 32nd, 33rd, and 80th minutes.

“Very disappointed… a huge loss for us,” Rangers manager Giovanni van Bronckhorst said. “First game in the group, against a quality opponent. I think in the fist-half we weren’t in the game and we struggled big time against Ajax and the game was played within 35 minutes.”

Timmy Chandler was on the bench for Eintracht’s 3-0 home loss to Sporting. Eintracht went behind in the 65th with Sporting extending their lead from goals in the 67th and 82nd minutes.

“We risked too much too early after going one goal down,” Eintracht coach Oliver Glasner told uefa.com. “It’s not like we had a numerical inferiority when they came at us at this stage, but they are so dangerous when they are in one-on-one situations, with their speed and quick dribbles.”

Owen Otasowie wasn’t in the squad for Club Brugge’s 1-0 home win over Bayer Leverkusen with Abakar Sylla scoring in the 42nd minute.

Moving to Major League Soccer, NYCFC and FC Cincinnati drew 1-1 at Citi Field. With New York trailing from a 22nd minute own-goal, Gabriel Pereira equalized in the 41st. NYCFC played a man down from the 75th minute when Thiago Martins saw red.

“Well, it sure felt like we got out of here fortunate with a point based on the performance,” Cincinnati coach Pat Noonan said. “So whether it’s us finding some luck after a tough stretch of things maybe not going our way, I don’t know. But again, it’s just the mentality of the group that allows us to even walk off the field with a point because they suffered through long stretches. And they did it in a way where they showed a strong mentality, it’s as simple as that. That point is on the players tonight.”

Orlando won the 2022 US Open Cup with a 3-0 home win over Sacramento Republic. Facundo Torres scored in the 75th and converted an 80th minute penalty with Benji Michel finishing off the City goals six minutes into stoppage time. Orlando goalkeeper Pedro Gallese kept the clean sheet with two saves.

“We are proud,” Orlando coach Osca Pareja said. “Congratulations to all involved in this trophy. We are very grateful for tonight. Just have to continue and just give a lot of joy to the community.”

In Liga MX, Jozy Altidore subbed on in the 79th minute of Puebla’s 2-2 home draw with Pachuca. Jordi Cortizo put Puebla up in the 17th and Martin Barragan made it 2-0 in the 52nd minute. Pachuca responded with goals in the 78th and 90th. Altidore saw yellow in the 82nd minute.

Closing out Thursday’s soccer news, Chelsea officially announced Graham Potter as the club’s head coach. “I am incredibly proud and excited to represent Chelsea FC, this fantastic football club,” Potter said in the press statement announcing the move. “I am very excited to partner with Chelsea’s new ownership group and look forward to meeting and working with the exciting group of players and to develop a team and culture that our amazing fans can be proud of.”

Ligue 1 on beIN Sport: Lens vs Troyes at 3pm ET.