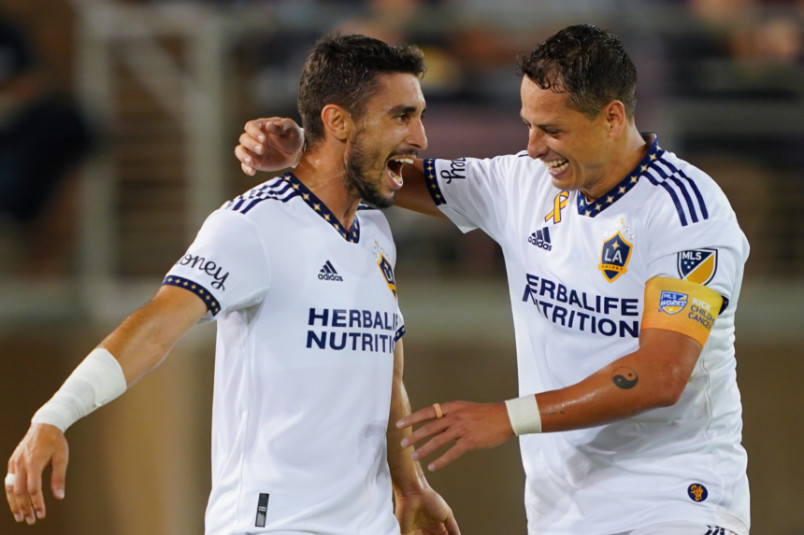 By Clemente Lisi – NEW YORK, NY (Sep 26, 2022) US Soccer Players – Winning the MLS Cup is all about timing. The regular season is long, and often parts of it may seem insignificant. In reality, every game counts if you want to clinch a playoff spot in the end. Consistency is key, but so is peaking at just the right time.

That time to peak is now, both for teams who’ve already clinched a spot and for others racing to do so. Front-loading your season with lots of points, only to hit a slump in late summer or early fall could hurt you. A late season of dropped points may not bode well for a team making a deep run in the playoffs.

You can go from contending to problems, or vice versa, in a league that is largely unpredictable. This we all know. But as teams push to the finish line, this season is already telling new stories. 10th-place Seattle will need a lot to go right to have a chance of advancing to the postseason. Sporting Kansas City, a team we’re also used to seeing in the playoffs, dug themselves an early hole and couldn’t make up ground in time.

Sporting KC is one of seven teams that already know that they won’t be in the postseason, Colorado, Houston, and the San Jose Earthquakes in their conference and Toronto FC, Chicago, and DC United in the East. These teams have a long time to ponder and rebuild ahead for 2023. At the other end of the table, six teams have clinched a playoff spot: Philadelphia Union, Montreal CF, and New York Red Bulls in the Eastern Conference and LAFC, Austin, and FC Dallas over in the West.

Here are five MLS teams that are peaking at just the right time ahead of the playoffs, which start on October 15, and the one player on each team that’s made the difference.

NYCFC earlier this month captured the Campeones Cup, a trophy that has proven to be a confidence boost. The defending MLS champions still have a shot at grabbing a playoff spot and hope to replicate last year’s postseason form that got them the championship. In a league that has seen plenty of goals this season, it’s goalkeeper Sean Johnson who continues to shine in the Big Apple. His 14 shutouts has him tied with the Philadelphia Union’s Andre Blake for the league lead.

There’s nothing like winning a US Open Cup to put a team in a positive mood. Like NYCFC, Orlando City SC is in a strong position to clinch a playoff spot, turning around losses to the Union and Atlanta with a home win over Toronto. Orlando’s Ercan Kara has jumpstarted the team’s attack. The towering center forward, in his first MLS season, has already scored ten goals in 26 games, making him the team’s top scorer. Orlando’s offseason moves have worked, most notably signing Kara from Rapid Vienna to a Designated Player spot. Kara’s chemistry with Mauricio Pereyra and Facundo Torres has been key and something to watch in the playoffs.

A combination of guile and grit keeps FC Cincinnati in the playoff hunt this season. It’s a mix of veterans and rookies that makes this team unpredictable. The team’s recent run of form is thanks, in large part, to Brandon Vazquez’s ability to put the ball in the back of the net.
The 23-year-old striker has seemingly come out of nowhere to be among the league’s top-ten goal scorers with 16 in 30 games.

Inter surged up the table this summer when things looked as if they would be outside a playoff spot. It’s been a team effort, but the offensive spark has come from veteran striker Gonzalo Higuain. The former a star at Napoli may be 34 years old, but his 13 goals in 25 games has him looking a decade younger. He’s regained the form and stamina that made him a record-breaking scorer in Serie A and that has Inter Miami in the final playoff position with three games remaining.

The Galaxy looks like a different team in September following a few personnel changes on the field. The infusion of this new talent has made the entire side more competitive. While LAFC has gotten all the attention, the Galaxy has moved forward slowly but steadily into a playoff position. The 3-2 win against in the San Jose Earthquakes on Saturday in the California Clasico will go a long way in boosting the Galaxy’s chances. Barcelona product Riqui Puig has dazzled under the California sun, amassing two goals and five assists in eight games. He has injected creativity and speed into a midfield that had been otherwise lethargic for large stretches of the spring and early summer.