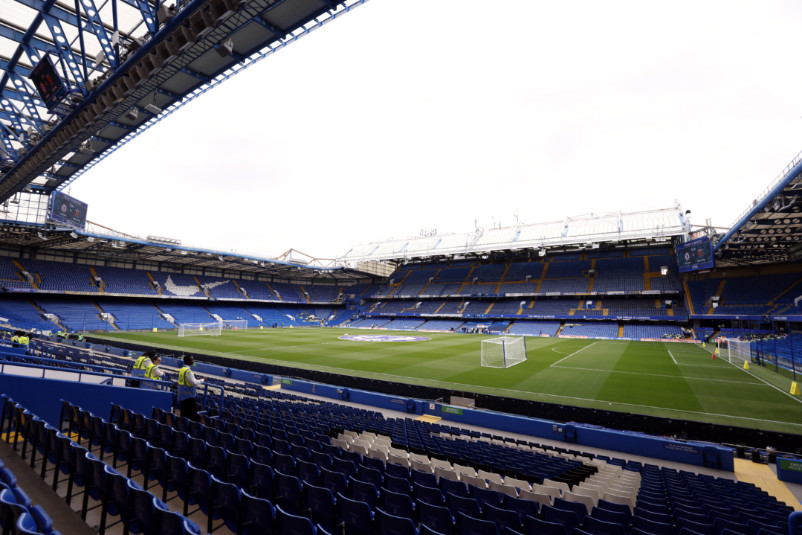 Tuesday’s soccer news starts with the Champions League and second matchday expectations for at least some of the teams with USMNT players. Coming off of its 1-0 loss at Dinamo Zagreb and under a new head coach, Christian Pulisic’s Chelsea hosts Red Bull Salzburg tomorrow in a game likely carrying more pressure than a usual Champions League night. The postponed Premier League schedule means that Chelsea hasn’t played since last Tuesday. Also in group E tomorrow, Sergino Dest’s AC Milan gets a chance at figuring out Dinamo Zagreb at home after drawing at Salzburg in their opener.

Weston McKennie’s Juventus is hosting John Brooks’s Benfica on Wednesday with Juve losing their opener to PSG and Benfica shutting out Maccabi Haifa. For Juventus, this is about not slipping, especially at home. Two consecutive draws in Serie A, most recently at home to Salernitana, creates at least something resembling an issue.

“Tomorrow, the match is not decisive but important,” Juventus coach Massimiliano Allegri said. “To get the win we need to have a compact performance and stay focused. When you fail to score, you don’t have to concede, the team mustn’t go into a state of agitation or anxiety, in games you must not overdo it, you just have to be calm.”

Gio Reyna’s Borussia Dortmund had no issues at home to FC Copenhagen in their opener, but now play at Manchester City on Wednesday. That’s a ridiculous increase in difficulty even by Champions League group stage standards, with the increased focus on trying to stop a former teammate. In all competitions, this version of Manchester City is already about Erling Haaland.

“Players know about football,” Manchester City manager Pep Guardiola said about his former Dortmund players Haaland, Manuel Akanji, and Sergio Gomez. “They know what they are looking for. They can have specifics about a player because they know them better than me.When you are in the locker room or on the pitch, they were there for years, they know far more than me. I can watch a thousand video tapes but they know more. The formation maybe isn’t as important as how is the manager or how they felt they played against us a few seasons ago.”

The two Premiership representatives also had their league games postponed, so Cameron Carter-Vickers’s Celtic is at Shakhtar Donetsk after losing 3-0 at home to Real Madrid. James Sands and Malik Tillman’s Rangers host Napoli after their 4-0 loss at Ajax.

Owen Otasowie’s Club Brugge is at Porto after winning their Champions League opener 1-0 over Bayer Leverkusen and picking up three points in the Pro League over the weekend. Timmy Chandler’s Eintracht is at Marseille this afternoon, losing 3-0 at home to Sporting last week and then 1-0 at home to Wolfsburg in the Bundesliga.

“A great stadium, a very good opponent – we’re looking forward to our second Champions League game,” Eintracht coach Oliver Glasner said. “We didn’t get off to the start we wanted so now we want to do better and pick up our first points. It’s not only three points that we can win; we can also gain self-confidence to continue growing together. We’re capable of putting in a top performance.”

Moving to the soccer scores, Tyler Boyd wasn’t in the squad for Besiktas’s 1-0 home loss to Basaksehir. Besiktas fell behind in the 71st minute.

Champions League on UniMas: AC Milan vs Dinamo Zagreb at 12:45pm and Real Madrid vs RB Leipzig at 3pm. Campeones Cup on ESPN2: NYCFC vs Atlas at 7:20pm. Liga MX on Univision: Club America vs Santos Laguna at 10pm. FS2 has Juarez vs Pachuca at 10pm ET.