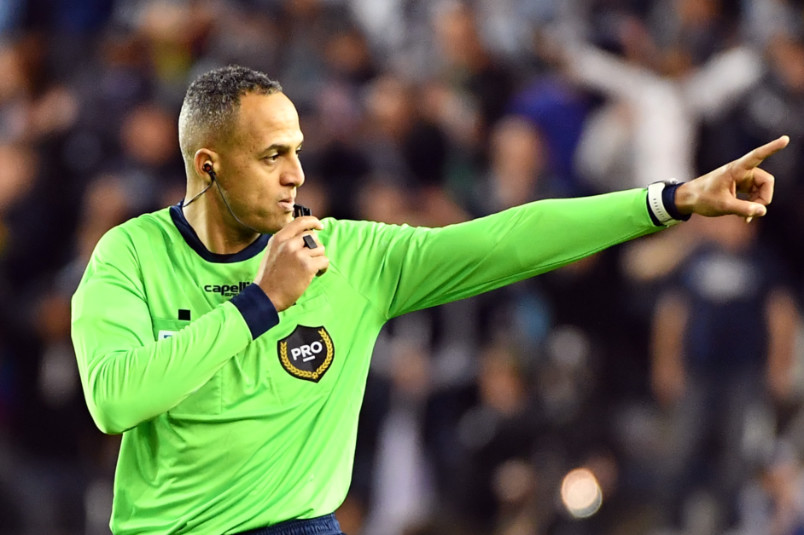 By Clemente Lisi – NEW YORK, NY (Sep 19, 2022) US Soccer Players – Ismail Elfath has been an MLS referee for the past decade. He has been a FIFA referee since 2016. He has a resume that includes an Under-20 World Cup, Gold Cup, Summer Olympics and the Africa Cup of Nations. He will be adding the World Cup to that list come November.

Born in Morocco, Elfath moved to the United States at age 18. He inadvertently became interested in officiating after a local league administrator noticed he complained too much about referees. When not refereeing matches across the country and the world, the 40-year-old Elfath works as a corporate business consultant.

Elfath joins a select club of just seven Americans who will have worked as a main referee at a World Cup. David Socha was the first in 1982 and again in ’86. Vincent Mauro featured at the 1990 tournament and Arturo Angeles in 1994 on home soil. Esse Baharmast was chosen in 1998 and Brian Hall four years later. After two editions where no Americans made the final list of main referees, Mark Geiger made the cut in 2014 and became the first American to referee a knockout game. Geiger and Jair Marrufo were picked four years ago in Russia.

Anyone deciding to go into refereeing will eventually need to take courses through US Soccer before they can officiate at a higher level. Just as MLS teams and their academies have developed players over the years, the league has given referees and assistant referees the chance for men and women looking to officiate big games on a regular basis. Elfath is one of those game officials. For example, he has overseen lots of changes and innovations in the game, including working as the referee during the 2016 USL game between New York Red Bulls II and Orlando City where on-field Video Assistant Referee was tested for the first time ever.

Elfath, who was named MLS Referee of the Year in 2020, will be joined at the upcoming World Cup by four other Americans: Assistant referees Kyle Atkins, Kathryn Nesbit and Corey Parker. Armando Villareal will serve as a VAR official. Nesbitt is one of six women who will officiate at a men’s World Cup for the first time in tournament history.

We caught up with Elfath in between MLS games to discuss his career, big tournaments he’s been a part of in the past and what it will mean for him to be officiating at Qatar 2022.

This will be your first World Cup. How did you find out you’d made the final cut?

It was actually a reporter who first sent me a message in the early morning that the FIFA World Cup appointments had been made public.

You grew up in Morocco and moved to the United States at age 18. Did you play soccer as a child and when did you finally decide to pursue officiating?

Soccer is the #1 sport in Morocco and you play in the neighborhood streets, parks, and on the beach. Officiating was offered to me by a local men’s amateur league administrator who was tired of me complaining about referees as a player.

You were one of two Concacaf referees – the other was Mario Escobar of Guatemala – to officiate at the most-recent Africa Cup of Nations. What was that experience like?

Anytime you have the opportunity to referee abroad it’s a big honor and fun to experience new cultures.

The World Cup is drawing nearer. Are you doing anything different to prepare for it compared to when you ref MLS games or other competitions you’ve been a part of in the past?

FIFA’s sports science dept closely monitors and guides all aspects of our preparation. But generally, no major changes to the excellent base I’ve already established through PRO/MLS for the last decade.