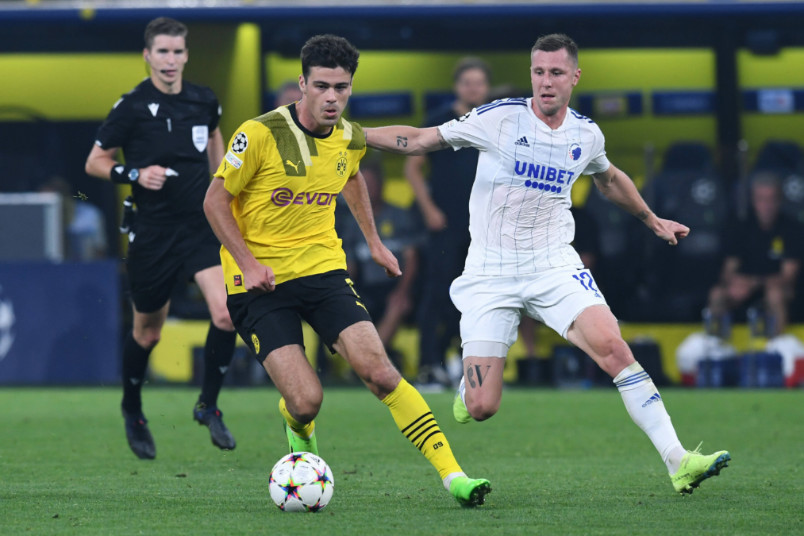 Wednesday’s soccer news starts in the UEFA Champions League and Gio Reyna’s Borussia Dortmund beating FC Copenhagen 3-0 at home. Reyna subbed on in the 23rd minute with Dortmund taking the lead from a Marco Reus goal in the 35th minute. Reyna assisted on Raphael Guerreiro’s goal in the 42nd and on Jude Bellingham’s goal in the 83rd.

Christian Pulisic subbed on in the 75th minute of Chelsea’s 1-0 loss at Dinamo Zagreb to a 13th minute goal. Chelsea “parted company” with manager Thomas Tuchel later on Tuesday, saying in a press release that “the Club would like to place on record its gratitude to Thomas and his staff for all their efforts during their time with the Club. Thomas will rightly have a place in Chelsea’s history after winning the Champions League, the Super Cup and Club World Cup in his time here.”

Cameron Carter-Vickers’s Celtic lost 3-0 at home to Real Madrid to goals in the 56th, 60th, and 77th minutes. Sergino Dest subbed on in the 57th minute for AC Milan in their 1-1 draw at Red Bull Salzburg. Trailing from the 28th, Milan’s Alexis Saelemaekers equalized in the 40th minute. Weston McKennie subbed on at halftime of Juventus’s 2-1 loss at PSG. With Juve trailing 2-0 from goals in the 5 and 22nd, McKennie scored in the 53rd minute.

“We go home with regret,” Juventus coach Massimiliano Allegri said. “The team played a good game tonight, but we return home with regret for the result. We definitely need to improve, but this is a missed opportunity.

John Brooks was on the bench for Benfica’s 2-0 home win over Maccabi Haifa. Rafa scored in the 49th and Alejandro Grimaldo doubled the lead in the 54th.

Europa League on TUDN: FC Zurich vs Arsenal at 12:45pm and Manchester United vs Real Sociedad at 3pm. Concacaf League on TUDN: Motagua vs Tauro at 6pm, Real Espana vs Herediano at 8pm, and Diriangen vs Olimpia at 10pm. Copa Sudamericana on beIN Sport: Sao Paulo vs Atletico Goianiense at 8:30pm ET.