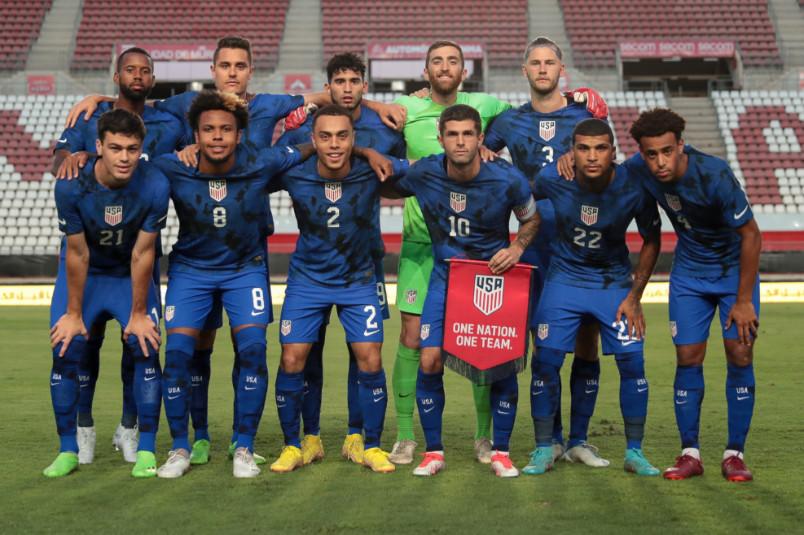 Wednesday’s soccer news starts with the closing of the 2022 September international window and the USMNT’s situation with no games left on the schedule before the World Cup. Obviously, it’s not just the USMNT technical staff wondering what happens between now and mid-November with the switch back to club soccer.

It’s not just any club soccer. For some of the USMNT’s key players, it’s a compact Champions League schedule while others try to navigate the MLS playoffs. That’s a different kind of pressure in different setups for players that will have to quickly move on from the September results.

Right now, it’s too easy to keep adding more to the list of issues from the games against Japan and Saudi Arabia. There’s only so much time with a limited set of options.

What the USMNT technical staff decides is dependent on a clear understanding of scope and eventually player availability. How that works with 26-player rosters and five substitutes is going to be a story for all of the World Cup teams, but some will have bigger issues navigating that than others. This could become the World Cup of too much lead time with too many options, at least for some teams. Avoiding that is part of the uniqueness of this version of the tournament.

Stressing that uniqueness isn’t a quick excuse. Instead, it’s a necessary consideration in putting together the kind of tactics and squad to push past expectations.

MLSsoccer’s Matthew Doyle’s take on the USMNT’s draw to close out the September window. Soccer America’s Paul Kennedy looks at the USMNT after the September friendlies. The Washington Post’s Steven Goff’s match report from the draw with Saudi Arabia. ESPN’s Jeff Carlisle has USMNT coach Gregg Berhalter’s postgame comments. The Wall Street Journal’s Joshua Robinson on the lack of time for the USMNT.

Once again rounding up the rest of World Cup group B, England drew 3-3 with Germany at Wembley on Monday in the Nations League. Trailing 2-0 from a 52nd minute penalty and a goal in the 67th, Luke Shaw scored for England in the 71st and Mason Mount equalized in the 75th. England took the lead from a Harry Kane penalty in the 83rd, but Germany equalized in the 87th. Iran drew 1-1 with Senegal in a friendly in Austria. Falling behind to a 55th minute own-goal, Sardar Azmoun equalized for Iran in the 64th minute.

Moving to Major League Soccer, Seattle and Cincinnati finished 1-1 at Lumen Field. Brenner put Cincinnati up in the 24th with Fredy Montero equalizing for the Sounders in the 58th minute. Seattle’s Kellyn Rowe saw red in the 69th.

“I think we’ve had worse draws this year for sure,” Cincinnati coach Pat Noonan said. “But I think, you know, heading into the game, we knew that they would be missing some key players, but it’s also a team that has found a way to win games, despite key players being out. So we needed to make sure that we didn’t lose any type of focus or mentality or understanding that this was gonna be a tough game. And it was.”