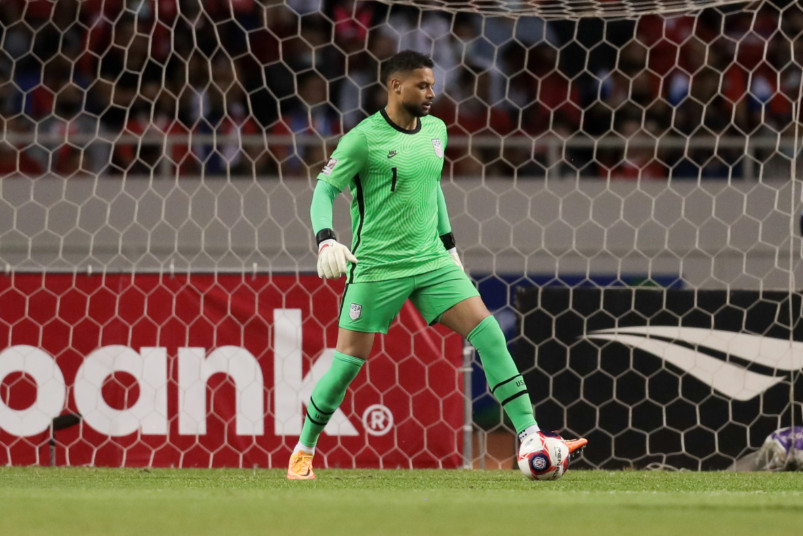 By Clemente Lisi – NEW YORK, NY (Sep 12, 2022) US Soccer Players – There have been many innovations in soccer over the past few decades. One of the more recent is the use of the video assistant referee, something that has transformed the way we watch and judge the game. But even bigger than that was one simple modification that took place 30 years ago.

The backpass rule, not allowing the goalkeeper to handle the ball on a pass from a teammate, was instituted in 1992 and it forever changed the game tactically. It was meant to cut down on time-wasting, and it did that, but it also helped the game become more visually appealing. The modification, first used as an experiment in the original NASL during the 1970s and tested by FIFA at the U-17 World Championship in 1991, would lead to a tactical innovation in the ensuing three decades.

The rule change stemmed from the 1990 World Cup, a tournament marked by dull play and low scoring. Defensive tactics and cynical play had dominated the game at the end of the 1980s, culminating at Italia ’90, which featured a record-low 2.2 goals per game. As a result, FIFA and the International Football Association Board embarked on several reforms meant to increase scoring and deter teams from purposely seeking draws.

In a news release announcing the change, FIFA said, “The goalkeeper has a rare privilege in football. The use of his hands to keep the ball out of his goal, which would otherwise be virtually impossible. But it is a privilege that should not be abused.”

The European Championship contested two years later, another tournament with a low goals-per-game average at just 2.13, would be the last where a goalkeeper was allowed to pick up his teammate’s pass. Denmark astutely used the tactic to become surprise champions.

The 1992 Summer Olympics in Barcelona became the first tournament where the backpass rule was in place. It took players some time to get used to it, but it helped the tournament’s goals average reach 2.72. It was during that competition that the United States was awarded an indirect free kick 15 yards from goal after opponents Italy ran afoul of the new rule when goalkeeper Francesco Antonioli handled the ball. Joe Max-Moore converted the ensuing kick to become the first player to score from such a decision in a 2-1 US defeat.

“It was a different soccer in those days,” Antonioli recalled in a recent interview with the Italian newspaper Il Foglio. (Then-Italy coach) Cesare Maldini asked me before the game to be involved in the restart with my teammates, to speed up the game and to be one more man. In those days, the problems were less than the current ones. If you got the ball and you could play it, then you played it. In case of pressing, you kicked it even outside the stadium and it was fine anyway.”

Aside from more stretched nets and weeping goalkeepers, the eradication of the backpass created a new tempo to the game. On the international stage, the rule change had an immediate impact at the subsequent World Cup. At USA ’94, for example, the goals per game average rose to 2.71. Only three games were resolved on penalty kicks at that tournament, compared to four in 1990.

There are a few ways that a player can circumvent the rule by using their chest, knee, or on a header in the goalkeeper’s direction. In 1997, the rule was extended to stop goalkeepers from handling the ball from a teammate’s throw-in. While time-wasting is still a problem for the contemporary game, the goalkeeper has little to do with it these days.

As a result of the modification, the modern goalkeeper got much better at playing the ball with their feet. That gave rise to the sweeper-keeper, where the goalie played out further and forced a defensive high-line. It was this type of pressing game that helped Germany win the World Cup in 2014.

Germany’s Manuel Neuer has been widely considered to be one of the best goalkeepers in history. The Bayern Munich goalie has won multiple titles, but the biggest was the World Cup. While he became famous for his saves, Neuer is also notable for rushing off his line and attempting to play the ball to his teammates to help launch a counterattack. That made Neuer one of the first, and among the best, sweeper keepers in the world.

It was in those years that Neuer provided quick counterattacking plays with the efficiency and speed of a defender. When not making saves, the sweeper-keeper serves as an 11th outfield and helped to maintain a high defensive line. In that role, Neuer controlled the space behind the defensive line and actively participated in launching offensive attacks.

In many ways, the sweeper keeper is a component of Total Football made famous by the Dutch teams of the ’70s. If positions were interchangeable under that system, then why couldn’t a goalkeeper take on some characteristics of a field player. After the rules were changed that goalkeepers could no longer pick up the ball resulting from a backpass, goalies became better with their feet. As a result, keepers had to improve their passing accuracy as well as learn to push forward.

Neuer wasn’t the first to utilize such skills, although he remains one of the most successful. Legends such as Hungary’s Gyula Grosics, the Soviet Union’s Lev Yashin, and Colombia’s Rene Higuita were pioneers of such tactics, but they were the exception. In a post-backpass world, more goalies embraced this style such as Edwin Van Der Sar of the Netherlands and Iker Casillas of Spain. Recently, Manchester City’s Ederson and Liverpool’s Alisson have excelled at their first touch and distributing the ball with their feet.

The initial fear that the rule change would result in teams increasingly relying on long balls to move the ball forward never materialized. Instead, coaches these days like to build play from the back, knowing that goalkeepers can handle it.