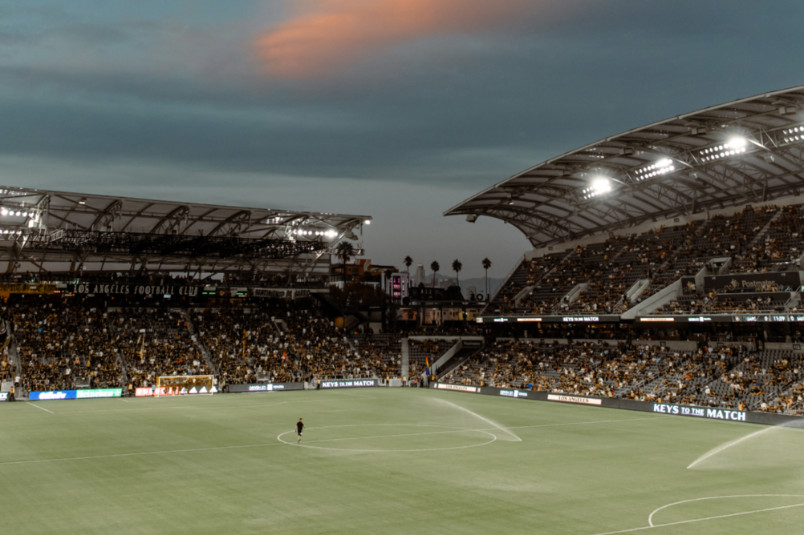 By Clemente Lisi – NEW YORK, NY (Sep 5, 2022) US Soccer Players – What soccer games did you watch this Labor Day weekend? If you’re anything like me, you watched all or some of at least half a dozen games. The Premier League, Bundesliga, and Serie A were on during various times in my home. So was MLS. It really was a glorious way to mark the unofficial end of summer.

American fans have so many soccer options on their TVs via cable, satellite, and streaming that they could be considered the savviest on the planet. What other country has the easily available viewing options we have here? As a result, American fans have become increasingly knowledgeable, lifting the game’s popularity to new heights.

This became abundantly clear to me only a few years ago when I had traveled to Italy. The great majority of fans there watch Serie A, but their knowledge of clubs from other countries typically comes via the Champions League. Few there seem to care about the Premier League or Ligue 1. The reverse would probably hold true of fans in England and France if you were to ask them about Italy’s top division. Much of what I’m arguing here is anecdotal, but it comes from an array of conversations with fans, players, coaches, and journalists over the course of the past few years.

Italian newspapers and TV shows have extensive Serie A coverage throughout the week, and primarily on Sundays, but there was little to no talk about Europe’s other big domestic leagues. I found that in conversations with people, even the fan with the highest calcio IQ didn’t know, or care, about Bayern Munich or Manchester City aside from the Champions League.

Take cable TV out of the mix, and Americans can still watch games on multiple streaming services. Many subscribe to several of them because different services stream a variety of competitions, including World Cup Qualifying and the Champions League, that are different from one’s preferred domestic league.

In his Substack newsletter last month, writer Grant Wahl argued that the six-year, $1.5 billion deal that saw CBS Sports/Paramount extend its contract with UEFA for the US English-language rights for the Champions League and other UEFA club tournaments is another sign that soccer has become a major viewing option for American fans.

“Some perspective: It wasn’t that long ago – like, the late 1990s – when the US was one of the worst countries in the world in which to watch soccer,” he wrote.

This past Saturday, over 90 games from around the world were available for viewing on your TV or device. That’s not including the five MLS games that were also on that day. I chose the Liverpool vs Everton game on Saturday morning, followed by Leeds vs Brentford. I caught the second half of the Milan derby, then Napoli against Lazio. I ended the night with a trip to Red Bull Arena to watch New York lose to the Philadelphia Union.

Sunday was also loaded with options. I caught the Manchester United win at home against Arsenal and Los Angeles FC’s win against Real Salt Lake to keep pace with the Union in the battle for the Supporters’ Shield. This week, specifically Tuesday and Wednesday, marks the return of the Champions League group stage and some big matches such as PSG versus Juventus and Celtic against Real Madrid.

Alexi Lalas, on his State of the Union podcast last Friday, talked about the viewing choices for American soccer fans. “Here in the US we are spoiled on a consistent basis given the amount of soccer that we are able to access each, and let’s be honest, and every day,” he said.

The availability of streaming services aside, maybe American fans are adept at so many leagues because there are parallels to US sports. For example, college football, whose season started this past Saturday, is loaded with dozens of teams spread out across regional conferences. Throw into the mix a daily diet of baseball, soon to include NFL, NHL, and NBA games, and Americans may just have more bandwidth to deal with lots of sports.

The annoying thing remains, however, that many Europeans think Americans know little to nothing about soccer. Certainly, attitudes are evolving. More American players in Europe certainly help raise the respect level. What the USMNT does in Qatar at the upcoming World Cup will also be a contributing factor.

Americans know a lot about the world’s game. Plenty has changed since the US hosted the 1994 World Cup when options were few and the internet still new. It has been a glorious journey, much of it thanks to the success of US players abroad and the access to so many matches from around the globe.