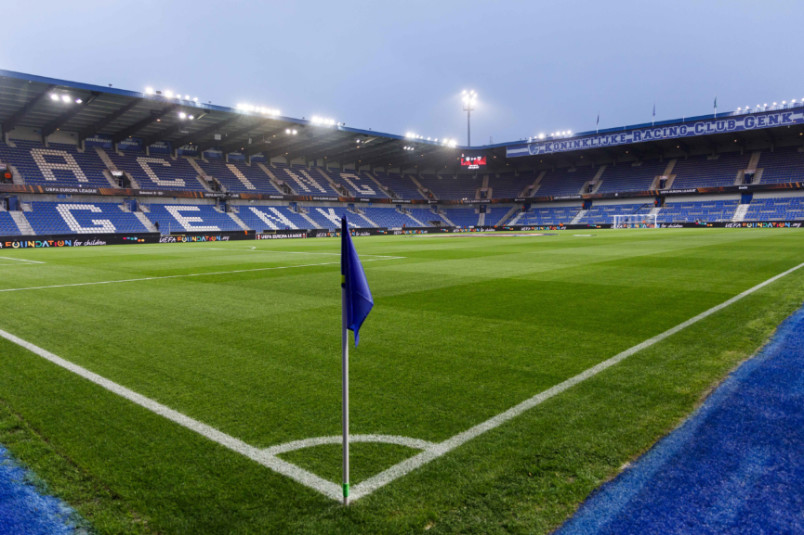 By Jason Davis – WASHINGTON, DC (Sep 7, 2022) US Soccer Players – The American contingent in Belgium for the 2022-23 season has a fresh-faced quality that makes the Pro League particularly interesting for fans anxious to catch the next generation of Euro-based USMNT players on the rise. Belgium is an intriguing place for players to build their continental resumes. Thrive in Belgium, and a chance to move to one of Europe’s top leagues is almost bound to come. Geographic proximity and a shared network of coaches and scouts provide a platform to make a mark.

The 2022-23 Belgian season is already seven matches in. Like leagues across Europe, Belgium’s top division is in a race to get as much of the season done as possible before the month-long break for the World Cup. That split of the season into two distinct parts also presents a challenge for young Americans building their games there. Consistency, more than any other trait, is what leads to long-term success and a chance to play at the highest levels of the game.

There are seven USMNT-eligible players in Belgium, with the latest only making his way to the league at the deadline for incoming transfers. Standard Liege, a club now managed by former New York City FC boss Ronny Deila, acquired Los Angeles-born Marlon Fossey from Fulham in the final days of the primary transfer window.

Fossey represented the United States at two youth levels and is looking to advance his senior career at the age of 23. He was on loan last season to Bolton Wanderers in League One, where he made 15 appearances as a fullback.

He joins Jorge Hernandez, an LA Galaxy academy product now at KV Mechelen, and DC United homegrown signing Griffin Yow, transferred to Westerlo in July, as uncapped American players in the Pro League. Hernandez’s jump is interesting because of his unusual path. After breaking out with LA Galaxy II in 2021 and earning league Best XI recognition, the Mexican-born midfielder out of Riverside, California signed with Choromonets Odesa of the Ukrainian top division.

The outbreak of war in Ukraine ended that adventure. When FIFA allowed players under contracts in Ukraine to sign for free elsewhere, Hernandez joined Mechelen. Yow arrived at Westerlo with 32 MLS appearances to his record. He has yet to make his Belgian debut.

Westerlo is also the home of American fullback Bryan Reynolds. There’s a decidedly defensive bent to the group of Americans in Belgium. Coincidentally, the USMNT-capped quartet features three players who typically play along the back line. Another appears to be making a positional shift into the center of the defense.

Reynolds is on loan at Westerlo from Roma for the season following half a season with another Belgian club, Kortrijk. After emerging from the FC Dallas academy and breaking onto the MLS scene in 2020, Roma beat out a host of other suitors to sign him.

Still just 21 years old, Reynolds is finding the playing time he so desperately needed in Belgium. After short substitute appearances in two games, the right-back made his first start of the year last Saturday against Royal Antwerp. Reynolds played 75-minutes to positive reviews in what ended as a 3-0 loss for his club.

Westerlo is back in Belgium’s top division after five years in the country’s second league. Despite the recent promotion, the club isn’t among the favorites to go back down. An off-season spree of 13 acquisitions, including Reynolds and Yow, brought the club an infusion of talent it hopes will keep it up. Six points from two wins against five losses put Westerlo in 13th heading into the eighth round of matches.

Versatile defender/midfielder Owen Otasowie traded Wolverhampton for Club Brugge in the summer of 2021. A year of adaptation in Belgium kept him from contributing to Brugge’s eventual championship season, but 2022 may prove to be a breakthrough. With his club competing on both domestic and international fronts, minutes should be available to Otasowie in coach Carl Hoefkens’s team.

Otasowie made his Club Brugge debut on July 17 in the Belgian Super Cup against Gent, a start at center back in a 1-0 win. He followed that up with another start against Zulte Waragem on August 5. His inclusion in Brugge’s Champions League group stage squad list is another indication of his progress.

Dallas’s competitor for the title of Major League Soccer’s best developer of young talent, the Philadelphia Union, is represented in the Pro League by center back Mark McKenzie. KRC Genk made an investment in the talent of one of MLS’s top prospects. Now in his second full season in Belgium, McKenzie is hitting his stride.

Three matches as an unused reserve to start the season were followed by four consecutive starts going into this weekend’s games. Genk is 3-1-0 in McKenzie’s four starts, all 90-minute performances. Genk has conceded just twice in those 360 minutes. Defending is a strength of a team currently holding second place in the early going, with McKenzie at the center of the effort.

Genk’s 16-point start might usually be good enough for first at this point in the season. But the preseason favorites are chasing Royal Antwerp, a club off to a perfect start with seven wins from seven games for a full 21 points. Fullback Sam Vines is an entrenched starter in that Antwerp team. The former Colorado Rapids defender joined the Belgian side in August of 2021 and made 16 starts playing over 1,400 minutes in his first year in Europe.

A heady defender, Vines progressed quickly from a young MLS prospect to a player with a bright future in Belgium and with the USMNT. He’s also contributed to the attack, scoring in a 4-2 win over Union Saint-Gilloise at the end of August.

Vines also racked up some European experience this summer. Royal Antwerp participated in the playoff rounds of the 2022-23 edition of UEFA’s Europa Conference, with Vines playing 90 minutes in all but one of the club’s five matches in the competition. Antwerp came up just short of the tournament’s group stage, bowing out in the third playoff round to Besaksehir.

Alongside Europe’s more glamorous competitions, the Belgian Pro League hums along, serving as both a high-level competition in its own right and a stepping stone into more famous leagues on the Continent. Long a home for players from the United States, this year’s Pro League season is already proving a rich proving ground for Americans.