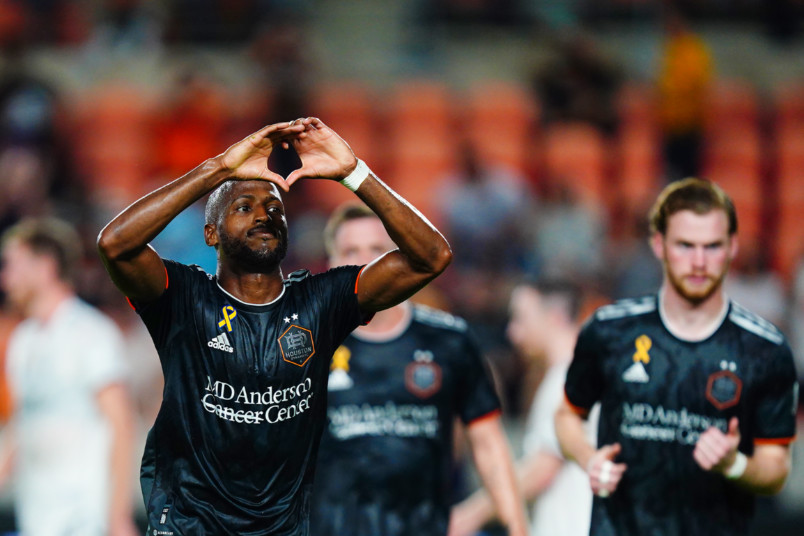 Wednesday’s soccer news starts with midweek MLS and Montreal beating Chicago 3-2 at Stade Saputo. Kei Kamara put Montreal up in the 21st, doubling the lead int he 29th. Chicago responded with a Xherdan Shaqiri penalty, but Zachary Brault-Guillard made it 3-1 Montreal in the 44th. Shaqiri converted a second penalty in the 57th minute.

“We… lost the game in the first-half and that’s where it got away from us,” Chicago coach Ezra Hendrickson said. “We were climbing uphill the rest of the way. We tried. The guys put in the effort. We did what we had to do. We tried to make the subs that we could to try to spark something but we just didn’t have enough tonight. It wasn’t from lack of effort. Just some bad mistakes that cost us tonight but those things happen in the game, and tonight unfortunately, it happened to us against a really good team.”

Inter Miami beat the Crew 2-1 at home with Gonzalo Higuain opening the scoring in the 25th minute. Columbus’s Cucho Hernandez equalized in the 41st, but Higuian put Inter up for good in the 82nd minute.

Minnesota United drew 1-1 at home with LAFC, taking the lead from a 45th minute Brent Kallman goal. Carlos Vela equalized for LAFC in the 64th minute.

In the Champions League, Timmy Chandler subbed on in the 79th minute of Eintracht’s 1-0 win at Marseille. Jesper Lindstrom scored in the 43rd minute and Eintracht goalkeeper Kevin Trapp made seven saves to keep the clean sheet. Owen Otasowie wasn’t in the squad for Club Brugge’s 4-0 win at Porto. Ferran Jutgla converted a 15th minute penalty to open the scoring and Kamal Sowah doubled the lead in the 47th. Club Brugge’s Andreas Olsen made it 3-0 in the 52nd with Antonio Nusa finishing off the scoring in the 89th minute.

Moving to the Championship, Zack Steffen and Matthew Hoppe weren’t in the squad for Middlesbrough’s 3-2 home loss to Cardiff City. Falling behind 3-0 to goals int e 4th, 20th, and 45th, Duncan Watmore scored for Boro in the 76th with Rodrigo Muniz adding a goal in the 77th. Matthew Olosunde wasn’t in the squad for Preston North End’s 1-1 home draw with Burnley. Trailing from the 10th, Preston’s Jordan Storey equalized in the 15th minute.

Europa League on UniMas: Sheriff vs Manchester United at 12:45pm. TUDN has Roma vs HJK at 3pm. Concacaf League on TUDN: Herediano vs Real Espana at 8pm and Olimpia vs Diriangen at 10:15pm ET.