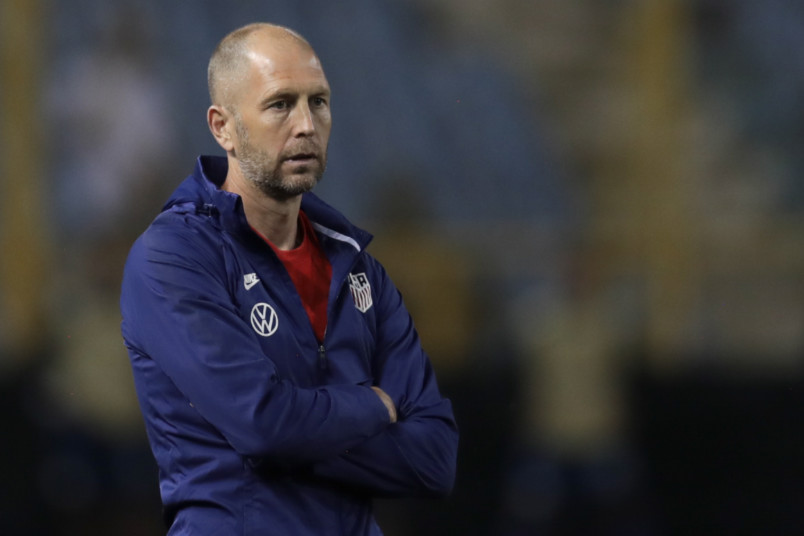 By Charles Boehm – WASHINGTON, DC (Sep 15, 2022) US Soccer Players – The USMNT will congregate in Cologne, Germany, this weekend as players report to camp following their club matches to prepare for friendlies vs Japan and Saudi Arabia. It’s the team’s last international window before gathering in the Middle East in November for the 2022 World Cup.

“Really excited about this camp, excited to get back into soccer,” said Gregg Berhalter after announcing his roster on Wednesday. “It’s been a long couple of months since our last game in June.”

This 26-person list was crafted with FIFA’s expanded squad rules in mind. The governing body has opened up three extra places for each of the tournament’s 32 nations in recognition of the effects of COVID-19, heavy club schedules, and other factors that have recently increased wear and tear on players.

“It is connected to having 26 on the roster at Qatar, managing through that,” said Berhalter. “Managing that group for these two games will be important. We only have 180 minutes of game time, that’s another thing to consider; limited training time, another thing to consider. So our plan was to work with 26 players in this camp, mimic the roster size in the World Cup.”

As with any roster drop, this one prompted discussions around deserving contenders who did not make the cut. The coach methodically addressed a litany of names who were considered but ultimately not picked. Then he emphasized, for the first of several times in his 37-minute online media availability, that this is not the last word when it comes to who will travel to Qatar come autumn.

Most coaches in his position prefer not to make major changes with a major event looming, and such is the case here. A few of those called, such as Josh Sargent and Sam Vines, are returning to the fold after months away. Everyone in the group, however, has already spent significant time with the program during Berhalter’s tenure. He confirmed that the collective very much trumps the individual here.

“I don’t think there’s a case where there’s a huge talent discrepancy and we went with the guy who has experience or has a body of work over that talent,” said Berhalter when asked about form vs. familiarity. “You’re talking about minor differences, I guess, in some cases… We’re not going to be the most talented team at the World Cup. And we’re going to have to compensate for that by being a cohesive unit, by working for each other, fighting for each other and having a great team spirit. We’re going to have to do that if we want to be successful at the World Cup. So part of it is leaning on guys that have been there before and been around the group before and understand the team culture and understand their teammates really well.”

June’s friendlies and Concacaf Nations League saw the USMNT try out some tactical tweaks. Most notable were adjustments to the spacing of the central-midfield trio in Berhalter’s usual 4-3-3 formation, particularly the relationship between Tyler Adams and Yunus Musah in terms of possession build-outs and protection of the back line.

Whether it’s fine-tuning those shifts or trying out new ones, these upcoming games provide one last chance to tinker. They’re also a proving ground, whether players are seeking to lock down their spot on the roster or make their case for a spot in the starting XI. Among those, the question of who will claim the top slot on the striker depth chart is perhaps the most unanswered. For now, Jesus Ferreira, Ricardo Pepi, and Josh Sargent comprise the field.

“We didn’t feel like we had enough game time to give four forwards an opportunity. So we went with these three,” said Berhalter. “I think we’ve been consistent in saying it may not be the best forward that is in the group, as (much as) a guy that fits what we’re doing the best.”

After two years of Concacaf-dominated schedules, exposure to different opponents is also a priority. Berhalter pushed back against the suggestion that Japan or Saudi Arabia might approximate Group B adversaries Iran, preferring to emphasize the overall quality of these fellow World Cup participants.

“They just help us prepare for anyone, any team. Japan’s a high pressing team, 4-3-3, very dynamic players, very technical players, will be a very good challenge,” he said. “They don’t give much up at all, they don’t give many goal-scoring opportunities up, play teams very tight, very good work rate, everyone gets behind the ball when they lose the ball, so I think that’s going to be an interesting opponent.”

The Yanks will meet Japan at Merkur Spielarena, home of Zack Steffen, Alfredo Morales, and Jerome Kiesewetter’s former club Fortuna Dusseldorf on Friday, September 23. Then it’s on to Murcia, Spain, to play Saudi Arabia at Estadio de La Condomina, a small venue home to that city’s lower-division side, the following Tuesday. While neither fixture is likely to have a crowd factor at work, they are neutral, unfamiliar places after the home-heavy calendars of the post-pandemic years.

“Saudi Arabia has some dynamic players, free-flowing way to play, very aggressive going forward, should also give us a good test,” said Berhalter. “These are going to be two really good tests. And I don’t know if I’d spend time comparing them to other opponents, but I know that they’re going to be good tests for us.”